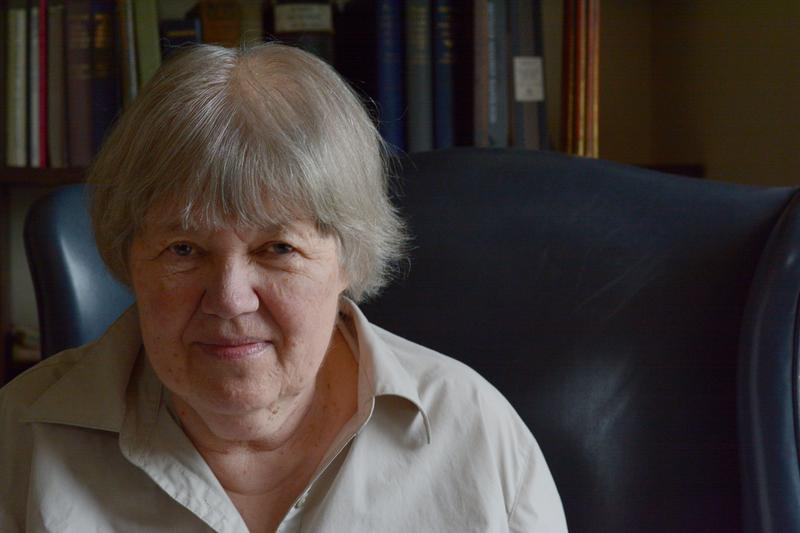 Dr. Barman has been rewarded the gold medal for scholarly research.

A little-known piece of British Columbia’s history is being recognized at the national level.

Dr. Jean Barman, a now-retired UBC professor, was awarded the gold medal for scholarly research for her book French Canadians, Furs, and Indigenous Women in the Pacific Northwest, published by UBC Press in 2014.

The prize is given to the non-fiction work of Canadian history published each year that is judged to have made the most significant contribution to the understanding of Canada’s past. It is presented by the Canadian Historical Association and administered by Canada’s History Society.

What makes the book unique is the exploration of the impact of French Canadians and their Indigenous partners in British Columbia. Making up the bulk of workers in the fur trade, Barman argues that they played a large role in the Hudson’s Bay Company and the British government’s determination to keep B.C. part of Canada rather than relinquishing it to the United States.

“We often think of history as being created through white men in positions of power. These were men not in positions of power, but ordinary young men from Québec who decided they wanted to have an adventure, who wanted to leave home and get a job … I’m arguing that they mattered by virtue of being who they were,” she said.

A significant challenge to completing the six year research and writing process for the book was the fact that the subjects – French Canadian men and the Indigenous women they married – were, for the most part, illiterate. Information was collected from colonial records preserved in places as far away as the National Archives in London or as nearby as local provincial archives. The majority of these records were for left by British officers who controlled the fur trade, requiring Barman to glean information through the eyes of others.

“In this case, the people I was able to write about most thoroughly were the daughters of chiefs because they were ones whose families intrigued the English men who were writing the books and telling the stories. From that, you could infer something about their daughters.”

Initially, Barman had intended to focus on the men that moved to the Pacific Northwest to work in the fur trade as a lot of her previous historical work has focused on women. However, she discovered very early on in her research the significance of the partnerships and family life had in keeping the workers in British Columbia.

She was helped in her research by UBC grad student Genevieve Lapointe who was working on her Master’s degree in sociology at the time.

“The information I was able to find from the perspective of French Canadians, and through them of Indigenous women, took me in a direction I didn’t expect to go," said Barman. "It’s actually [about] finding out something and coming to understand it and [realizing that] you really had no idea it existed in the first place."

Barman will be presented with the gold medal by Governor General David Johnston on October 16 at Rideau Hall in Ottawa. She is already planning her next book.