Gallery 2.0 has a new look but the rest is familiar 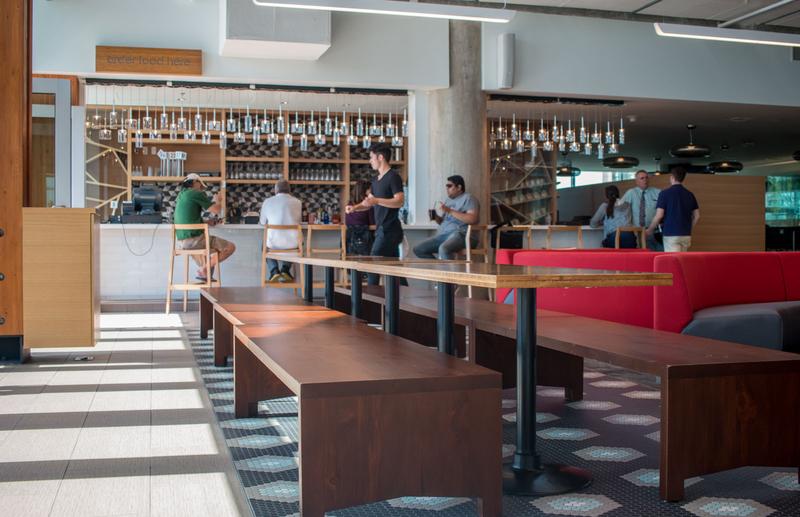 Gallery 2.0 opened its doors recently to the patronage equivalent of a golf clap.

In case you missed it, the Gallery 2.0 opened its doors for the first time last Monday. Though a sign at the bottom of the Nest's stairs announced its arrival, the event was otherwise extremely subdued, and since then it has remained pretty quiet.

Occupying the space formerly held by the doomed Perch, Gallery 2.0 does not look much different from it predecessor, though perhaps with a few extra couches. In many ways the place appears far better than it has any right to. The glass light fixtures, amazing rooftop patio and nice-looking furniture make it feel almost too nice to just hang out in, though that is by no means a complaint. Sunsets and the view of the mountains are pretty spectacular and not being underground is always a welcome feature in a club or restaurant.

As for the food and drinks you will get when looking at that impressive view, they are remarkably uninspired. The menu is pretty much a carbon copy of the Pit's, with only mild alterations. The food is still fine, but one can't help thinking that they missed a huge opportunity here. The price is still pretty good, with a burger costing $12 and most beers running $5.75 for a pint. It all tastes just fine, but still the lack of difference makes for a bit of an underwhelming experience.

Drinks-wise, the electric long-island ice tea is pretty good, though its resemblance to the source material is a bit distant. The beer menu has a nice spectrum of both craft and conventional beer and the other cocktails seem well done. That being said, the bar is remarkably sparse when it comes to whiskeys and other straight spirits, making Mahoney's still the place to go for a more traditional and thorough alcohol menu.

The only other complaint is that the kitchen closes at 7, which is not nearly late enough to catch the crowds you might expect the management to be angling for. It might only be the summer hours, but as it is, this means they are losing many good opportunities.

These complaints are relatively minor though, and in the end this is still a great place to hang out, with lots of spots to sit in and some excellent pricing. Whether or not it will become the beloved haunt that the original Gallery was will remain to be seen.