Gastronomic masochism: The hunt for Vancouver’s worst slice of pizza 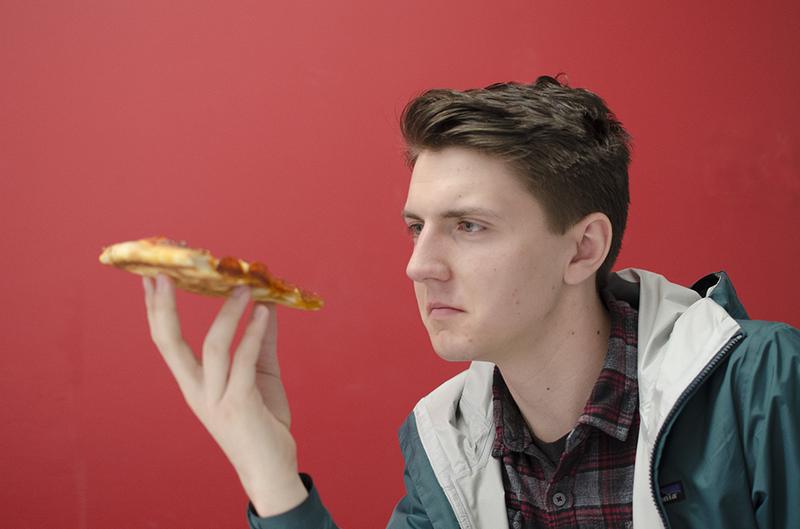 Brave Tristan ventured deep into the city’s underbelly in search of a mangy slice to fill his own belly. Samuel Du Bois

This article is about my journey to find Vancouver’s worst slice of pizza — to venture into the heart of saucy darkness and find the floppiest, blandest, cardboard-iest slice of ‘za around. I began my hunt on Yelp. After hours of searching, I found the most consistently negative-reviewed restaurant in the “pizza” category — A20 Pizza with 1.5 stars.

My palette itched when I read the reviews. “A dump. $2.50 for cold, desiccated, lightly-topped pizza slices in a dreary, dirty corner of Main & Georgia ... wished I had gone hungry instead,” stated one of the many displeased customers.

I had found Vancouver’s pizza hell. The bus ride into Chinatown, the home of A20 Pizza, was how I assume a US Navy Seal feels before dropping into combat — terror with a kernel of excitement. But I was met with defeat, as the place had already closed down permanently.

I had to improvise. I walked down Pender street towards Granville in the hopes of meeting my cheesy nightmare and I finally found myself at a Vancouver staple — Freshslice Pizza. Many university students would agree that you can stretch your dollar the furthest at Freshslice. The crust was surprisingly toothsome and I finished the slice with not a lot of reservation. After the quasi-fresh pizza, I ventured down the Granville strip. There had to be a worse place along this street.

At Granville and Smithe lurks Romano’s Pizza, a dingy hole in the way that proudly advertises their low prices. In the window, they must have had up to seven pies, all with spirals of ranch and piles of mystery meat. Inside, the white walls had yellowed from the greasy steam and there wasn’t a single table untainted with dark crumbs and smeared sauce.

Within the restaurant were the massive mural images of Istanbul, Mexico City and Vancouver, none of which are particularly known for pizza. In this restaurant, I ate the worst slice of pizza I had ever eaten in my entire life. In describing the slice I ordered, I can’t help but think of styrofoam in texture and taste. If Freshslice is for the drunk, Romano’s Pizza is for the blacked-out or nearly dead. There was hardly a thimble of sauce present, just enough to adhere the disks of pepperoni to the puffy piece of tasteless plastic. The cheese (my god, the cheese!) was there only in essence. I recall a few browned splats of mozzarella on the charred slices of meat, but this may have been a product of my hopeful imagination.

I gave up when the toppings detached themselves from the slice on the second bite. I had no morale to continue and the remainder was thrown away. I would like to iterate that this is the only piece of pizza I have failed to finish my whole life. I do feel guilty for my wastefulness, mostly because I know it will be a thousand years before the key components decompose. As I left, I saw a man eating a slice from Romano’s. It had a full, uncut hotdog within the mess of toppings — the cherry on the nauseating cake.

My horror was multiplied when I searched the Yelp page for Romano’s — people like this place! There were glowing reviews for its pizza. The same pizza I could not even finish. For that to be possible, one would have to be wasted when they ate it and still fucked up when they wrote the review. They currently sit at an undeserved 3.5 stars on Yelp.

I bestow upon Romano’s Pizza the crown of worst pizza I’ve ever had. When one ventures into the abyss of the Vancouver pizza scene, they come out changed. My love of pizza will be forever tainted with memories of Romano’s. When jovial friends call for Domino’s, a tinge of nausea will crawl up my spine. As Nietzsche said, “When you taste the abyss, the abyss tastes also you.”