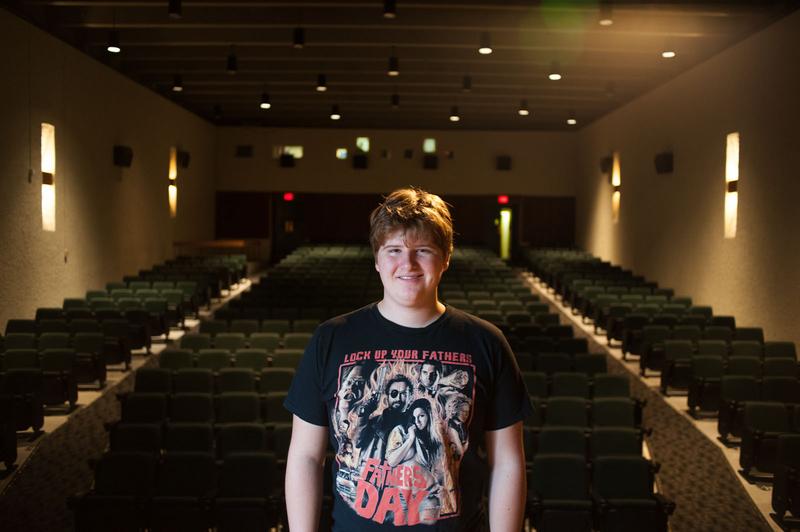 FilmSoc is selling tickets for their October beer garden.

With unlimited free movies all year for members, the UBC Film Society has been able to breathe some new life into the old SUB.

At only five dollars for membership, students can see a wide selection of their favourite films. Movies are screened twice nightly Wednesday to Sunday.

“It’s honestly such a motivator. I find that a lot of the time I feel I haven’t seen enough movies and I’ve fallen out of the habit. It’s so inexpensive, it’s right here,” said first-year student Aidan Welsford.

Once a second-run theatre, the film society has transitioned this year to showing a selection of handpicked films tailored to the desires of students. The campus cinema has a large variety of programming balancing many genres of movies from art house and cult film to classics and student favourites.

“Everyone loves Wes Anderson. Everyone loves [Quentin] Tarantino – but we’re all too young to have seen those films in theatres. When else are you going to get an opportunity to see Pulp Fiction in a cinema?” said Dionne Copland, head programmer for the UBC Film Society.

Since the change in film selection, attendance has soared from previous years. Where perhaps five people attended a night, the crowd has grown 10 times the size to an average theatre audience of 50 people a night during the first week of classes.

The most hotly anticipated events produced by the UBC FilmSoc are their monthly beer gardens. While they are 19+ events, tickets are best purchased in advance as they have a history of selling out. Every November for the past 12 years, the film society has featured The Big Lebowski as per tradition to a roaring success.

“It’s a lot of fun because not only do we show the film, but we have an intermission and we usually do some activity.… We have a costume contest for The Big Lebowski and the person best dressed like The Dude will win something,” said Copland on the legendary event.  “We do White Russians for The Big Lebowski which are very popular … every year the White Russians sell out first so you have to get your drinks early!”

“Since they do a talent show in the movie, our half time activity is going to be a talent show," she said. "If anyone has a weird talent, make sure you come out and you can win some prizes!”

Despite the new SUB’s shadow cast over the old SUB, the film society has kept the club spirit alive inside the building.

“We’re really transitioning from being less of a passive attraction to being more of a destination,” said Computer Operations Manager Mackenzie Shopland as he expressed his fondness for the old SUB. “We’re kind of steeped in history here. You know they like to say that UBC is a place of mind – well a mind has lots of memories and so does this building.”

Not only is The Norm Theatre home to some pretty killer popcorn and comfy seats, but it is also equipped with 16 mm, 35 mm and the highest quality 2K digital projector.

“We’ve got incredible projection capabilities here … when it comes down to it, we are one of the best equipped independent cinemas in Vancouver,” said Turner Stewart, president of the UBC Film Society.

Interested? The good news is that there are plenty of opportunities to get involved with the film society. Whether you want to just see movies or volunteer at events, the FilmSoc offers a welcoming community for cinephiles who are passionate about film. Many opportunities are available such as video production workshops that are for free for all film society members.

“If you’re even in the slightest bit interested in film society, just come by the cinema 10 to 15 minutes before a movie starts," said Stewart. "We’ll sign you up and you’re good for the year.”