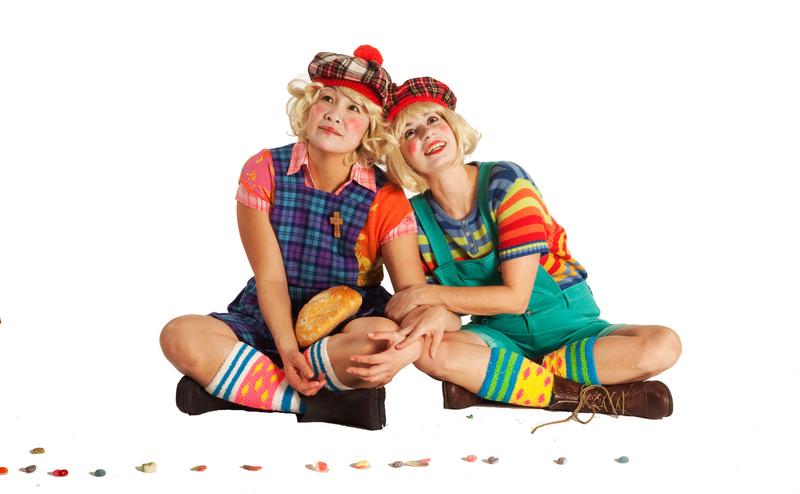 “We’re all in the business for a great love and passion — no one is in this job to strike it rich or get world domination or global fame,” said Dawn Petten, a UBC alumna who is reprising her role in this year’s East Van Panto: Hansel and Gretel. “You’re in theatre because you believe it is crucial to the lifeblood of being human, to the greater community and crucial to building empathy.”

Community is key in the third annual East Van Panto and it's been the driving force since its inception in 2013.

“One of the reasons [the show] started was that Theatre Replacement’s creators Maiko [Yamamoto] and James [Long] wanted to do something with their friends around christmas time,” said Stephen Drover, director of Hansel and Gretel. “It really started from a sense of igniting and revisiting community and being around friends, colleagues and loved ones in the holidays and inviting them into the theatre and just being together as a community.”

The East Van Panto is unique in its production. Taking standard, known elements from traditional panto – a cross-dressing Dame, audience participation and rewriting popular songs to name a few – it is inherently, immanently Vancouver.

Petten, a pantomime veteran, described the joy she felt in watching families walk, cycle or transit together to see the show.

The script, written by UBC professor Charlie Demers, nails the fine line between slightly crass humour without being inappropriate as it takes current affairs, the election and BC Ferries in its stride.

“Kids can enjoy it, but there’s also something there that’ll just fly over the kids’ heads a little bit,” said Drover. “Pantos are traditionally just a little bit saucy with a little bit of sexual innuendo. We’ve peppered our stuff with that as well.”

Not only an escape from the crowded downtown holiday season, Drover believes that the pantomime is aiming to say something important to the community of the Downtown Eastside.

The lesson in Hansel and Gretel is about siblings, family and a celebration of the East Van community. With many returning faces in the cast and crew including musician Veda Hille as well as actors Petten and Josue Laboucane, the traditional pantomime hallmarks are present, but made current with an even zanier, wilder script.

“It’s really a bit of a Christmas love poem for this community and really draws on the lore of this community, local references and really embraces East Vancouver as a hero in the play,” said Drover.