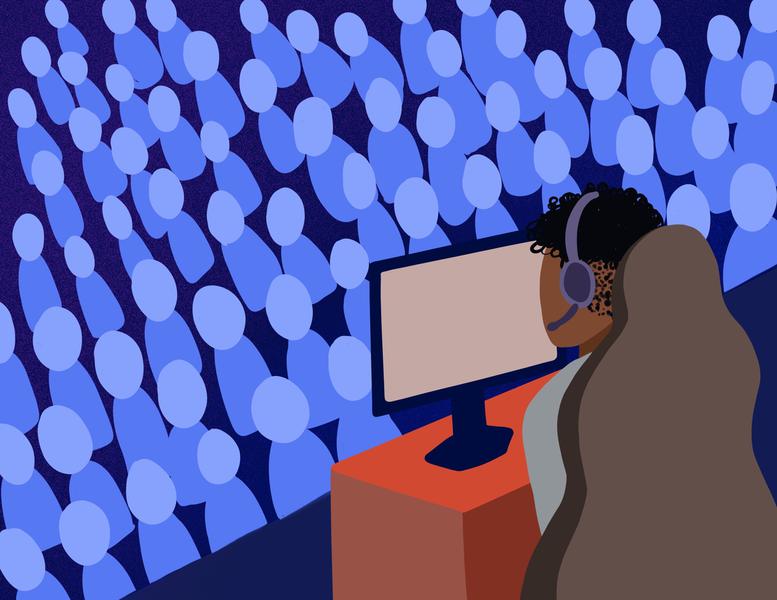 I knew that I wasn’t just representing an AMS club, I was also carrying the weight of my race. Lua Presidio

It's no secret that I love video games, but I don’t think video games love me back.

When I was growing up the characters in games were never Black. There weren’t many video games designed for people like me. I couldn't even make my avatar look like me, the actors in the adverts were white.

Not only is there also a lack of Black representation inside video games, but the same can be said by those who make the games. Most of the developers do not represent their player base... maybe that’s why they don’t think of adding darker-skinned characters.

In terms of Esports, or competitive video games, it’s the similar story where casters, analysts, tournament organizers and team owners are mostly white and Asian. In fact, as a Black man, there are few professional players to even look up to. (Thank God for Aphromoo). And while there have certainly been improvements, it clearly hasn't been enough.

This lack of representation has lingered during my time at UBC where being of African descent means you are a minority. Being Black at UBC means you probably don’t have a professor that looks like you and you won’t be sitting next to someone who looks like you. Most importantly, you naturally stand out. But not in a good way.

Despite having many discouraging inherent factors, I went out of my way to host hundreds of tournaments for games that weren’t for me, for students that didn’t look like me either. I hosted these tournaments because despite my difference , I truly loved games and competing. I wanted to share this love with the rest of UBC. My professional disposition and constant grind eventually led me to become the president of the UBC Esports Association, one of the larger clubs on campus.

The challenges of being in such an under-representative space was accentuated as soon as I became a leader. I had to watch myself for simple things like not losing my cool and never raising my voice in high-stress situations. We unfortunately know that’s enough to cause things to escalate very quickly. I had to make sure the club had a squeaky clean image, and I couldn’t accept failure because when you stand out like a sore thumb, mistakes don’t go unnoticed in the gaming industry. I knew that I wasn’t just representing an AMS club, I was also carrying the weight of my race.

I vividly recall one of my VPs telling me to not worry, saying ‘You don’t have to take the club work so personally Arnaud!’

But I don’t think they ever understood the pressure builds up over time. You can’t take a break from being Black. This is why I surround myself with support in the UBC Black Student Union, the BC Super Smash Bros Community and the many allies that have made me feel that I was more than just a colour.