Canned Foreign at the Hatch knows its audience 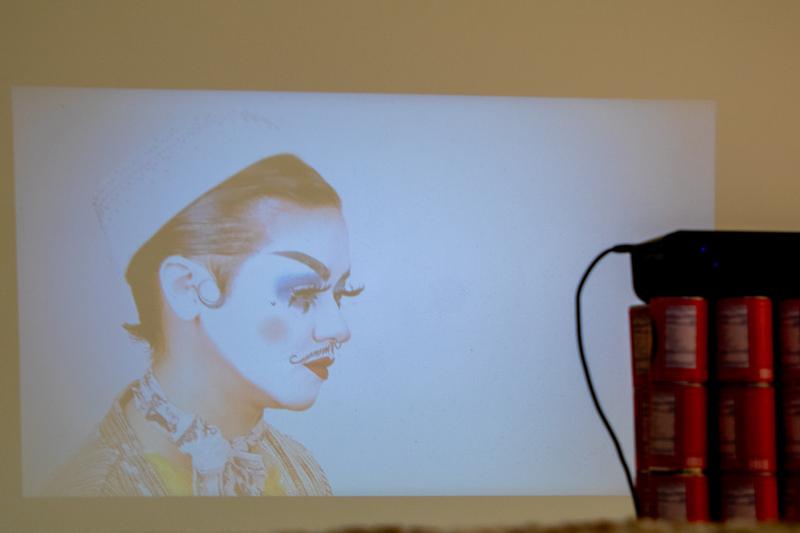 Three bananas on a silver platter: one painted yellow, one white and one unpainted, but bedazzled. Yes, real bananas, rotting in real time. Also, cans. Lots of cans.

Canned Foreign is a sparse, but deeply emotional multimedia exhibition by four half-Japanese artists and students, exploring themes of identity, diaspora, queerness and cultural heritage. I say sparse because there are only six pieces of art, in total. But emotionally and conceptually? Canned Foreign is huge.

This exhibition borrows the title of a short story by Japanese-German author Tawada Yoko. In the story, a young Japanese woman living in Hamburg ruminates on how others racially profile her through an examination of the everyday absurdity of advertising. Specifically, how items are packaged with images of other items on them, like soap bars with phoenixes on the wrappers or cans of tuna advertised with art of Japanese women.

How much can you guess about an item or a person from their appearance? How much are you misperceiving when you do that?

This brings us back to another central metaphor of Canned Foreign: bananas.

Specifically, their dual role as a slur against East Asian and Southeast Asian people — and as a controversial term of self-identification by some multiracial Asian people. It’s about the duality.

As an exhibition, Canned Foreign explores a wide variety of concepts related to a multiracial Asian experience, through an even wider variety of mediums. There is an entire wall covered in little fragments of survey responses on beige and brown placards, a video tea ceremony done in drag and the bananas, of course. There is also an audio loop and even an entire living room, boxed out in semi-transparent fabric.

The experiences Canned Foreign explores are not ones that I share. But more than that — I am not the audience. Why should I be? 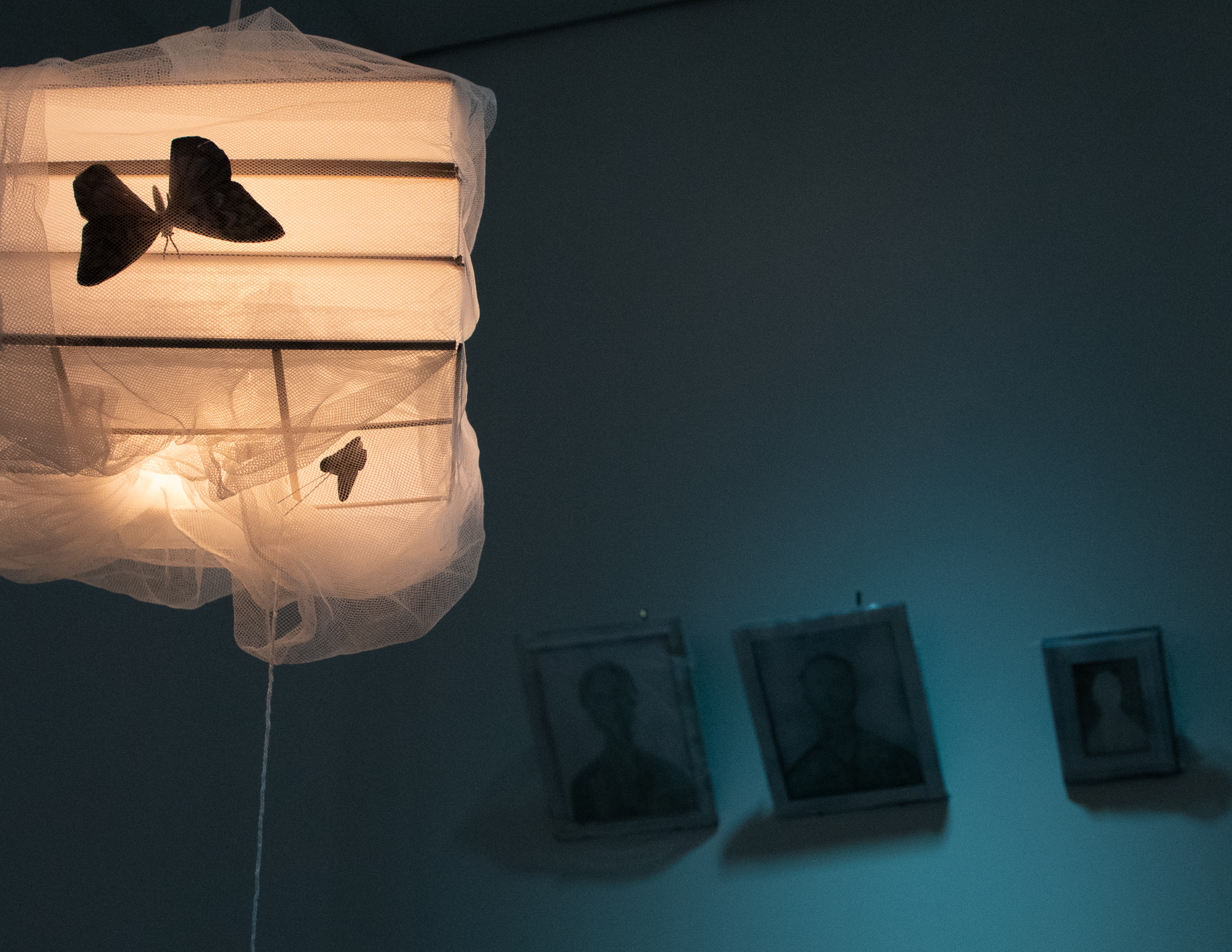 But first: what makes an audience?

For me, it’s about explanation. Which experiences or slangs are defined and which are not because it’s assumed the audience already knows what those words mean. Canned Foreign does not outright define what a “banana” means in this context. It does not define being haafu or hapa or halfie. Why would it?

Contemporary Western culture constantly tells us to create for a “general” audience, but most of the time what that actually means is a white audience. A white, cis, straight, neurotypical, abled, upper-class, primarily male audience.

That’s not the audience Canned Foreign is speaking to.

In the audio piece, “Dichotic Listener,” one ear hears an interview conducted in Japanese, while the other hears fragments of English conversations from VHS tapes. While I was there, the CD player was malfunctioning. The audio was extremely quiet in one ear, to the point where I had to use my own headphones to listen properly.

While the simultaneous sounds meant I couldn’t discern either conversation clearly, I still would only have been able to understand one, because I only speak one. I can’t begin to imagine how disorienting this piece would be to those who do speak both Japanese and English.

But that didn’t mean I couldn’t listen to and understand the piece as a whole. It just wasn’t made for me.

That, I think, is the true heart of Canned Foreign: it invites us to look in but does not care if we stay. Why would it? Does it have to?

It’s incredibly hard to be vulnerable about complex, traumatic subjects and especially hard when you have to continuously re-introduce the complexity of the subject to each new person who asks. Canned Foreign skillfully implies the cultural information it works with without ever providing a definition.

It says, simply: I’ll let you in, but I’m not going to explain.

Stay or go; I will still exist.

Canned Foreign will be at the Hatch from November 15 to December 3. Closing reception — featuring a drag performance by artist Rose Butch — will be held on Thursday, November 28 from 6-9 p.m. Artist Yuko Fedrau has previously illustrated for The Ubyssey.