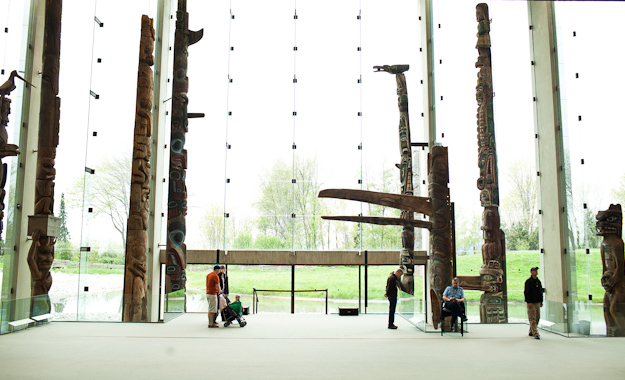 Wandering through the aisles of the MOA and allowing my mind to wander with me, impulsively opening drawers at a whim and enjoying the unexpected findings is the perfect way to decompress.

Amidst the final days of my last year as an undergraduate, with stress and emotional goodbyes lingering among bigger questions of “What’s next?”, I found myself needing an outlet for it all. For me, the answer is always the Museum of Anthropology (MOA). Wandering through the aisles of the MOA and allowing my mind to wander with me, impulsively opening drawers at a whim and enjoying the unexpected findings is the perfect way to decompress. 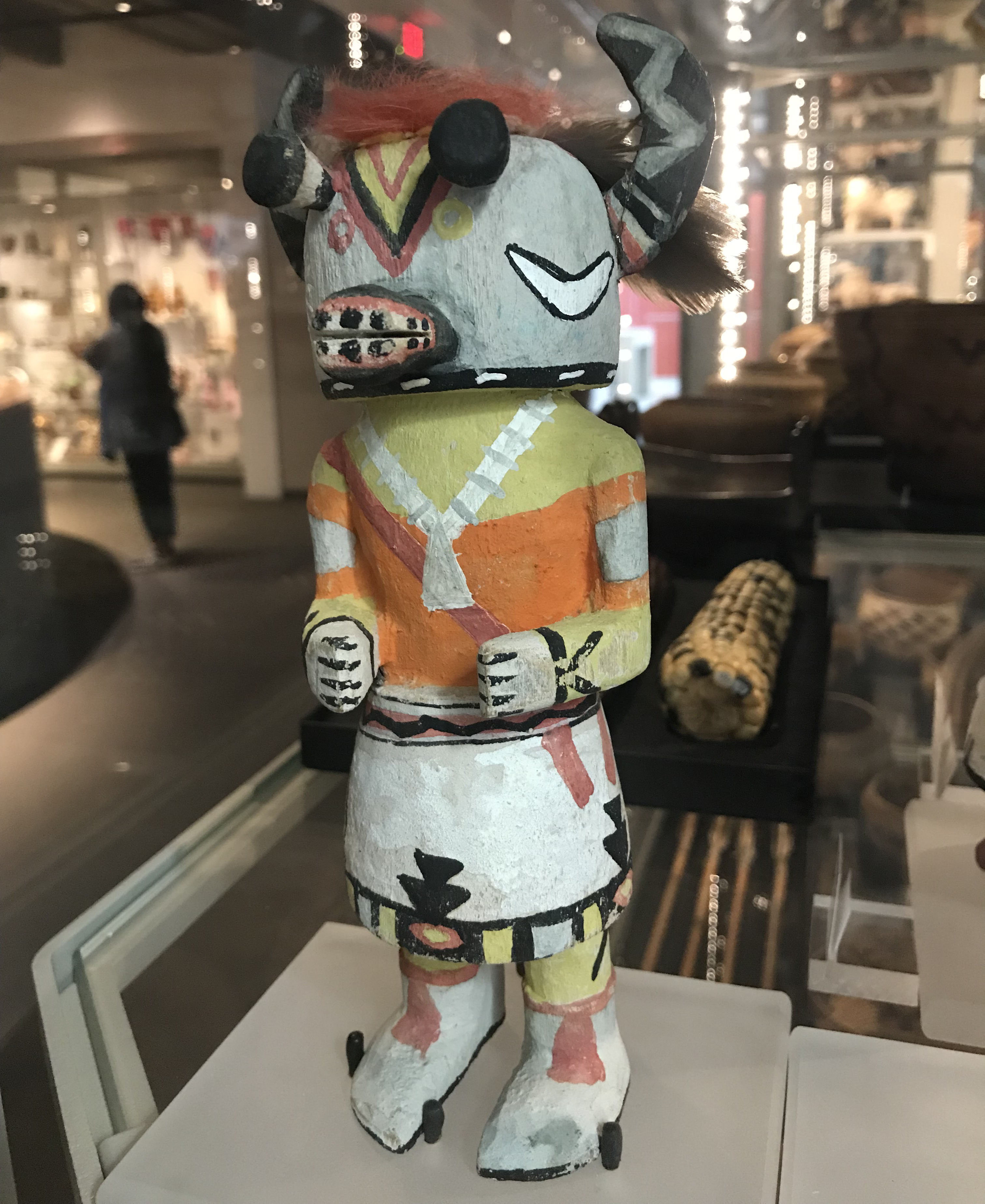 Kachina are spirit-beings based within Hopi religious belief. Bridget Chase

Created by the Hopi, an Indigenous people located primarily within Arizona, this figure is of a Kachina. Kachina are spirit-beings based within Hopi religious beliefs of which figures are carved and given to children in order to strengthen their spiritual bonds. This particular doll represents a Kachina known as Ho-o-te or Ahote, whose bright colours and large horns immediately draw your eye within the larger section of items in this case. It was acquired by MOA through exchange with the San Diego Museum of Man in 1960, meaning this item has really made its way around Turtle Island. I am left wondering if this doll once belonged to a child, and how it managed to stray so far from home. 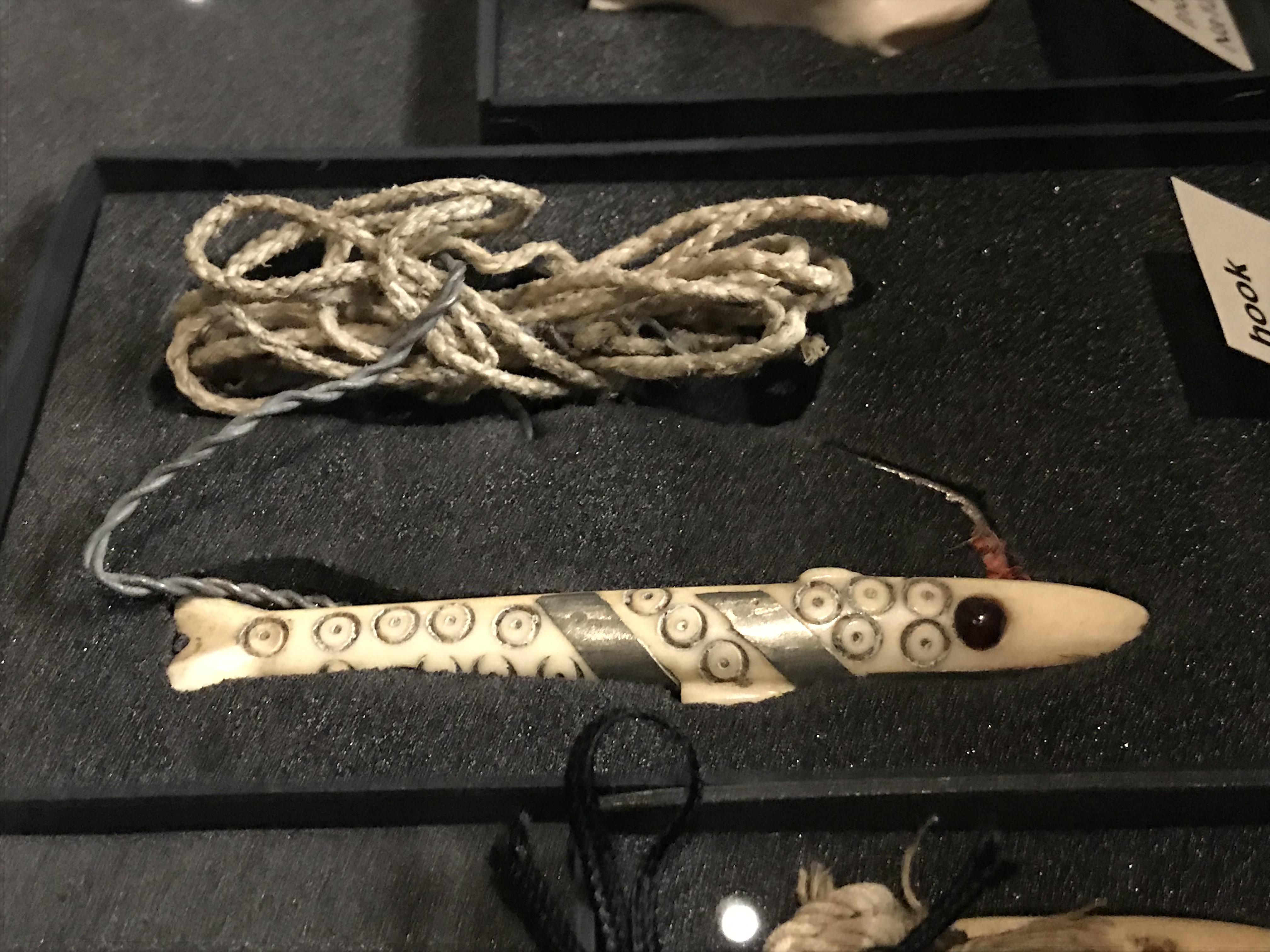 Fish hooks are such complex and under-discussed entities. Bridget Chase

As someone who once caught two large spring salmon and hasn’t stopped talking about it ever since, I would like to think of myself as somewhat of a fisherman. Fish hooks are such complex and under-discussed entities — they are the perfect merger of art and science. While MOA has fish hooks from almost every nation imaginable, this particular fish hook crafted by the Inuit caught my eye amongst the group. Its fish-shaped lure has red beaded eyes and scales carved into the bone body, adorned with shiny pieces of metal. It is oddly adorable and quite alluring — I can only hope that it lured a good catch or two in its day, pre-museum life. 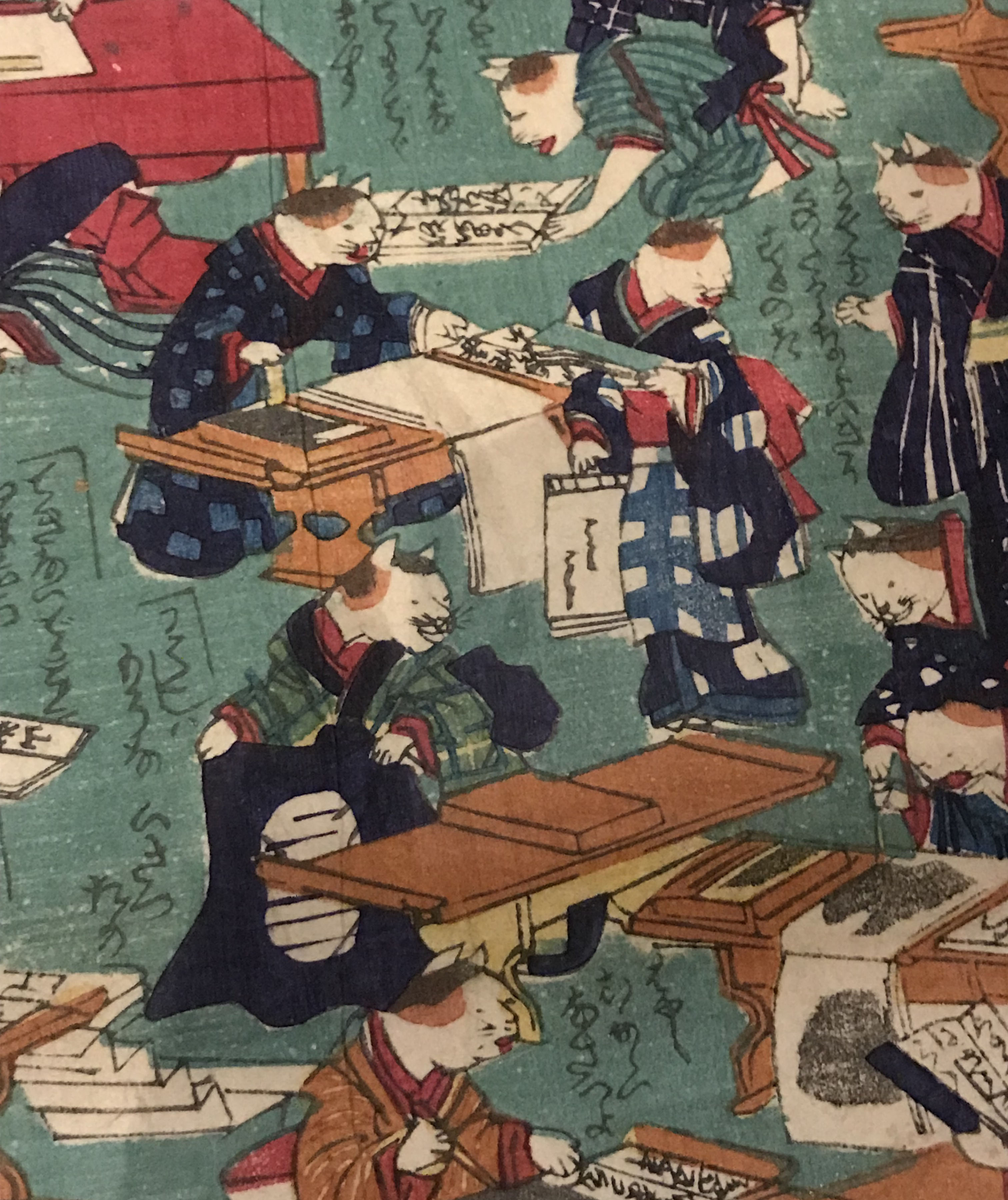 Opening a drawer and finding this delightful print by Masadaya Heikichi was the perfect way to cap off my trip to MOA. These sort of ink and paper artworks fall under the genre omocha-e or “toy prints or pictures.” Many of them portray animals, often cats, participating in human activities. This particular print depicts a busy classroom scene with cats practicing calligraphy. The adorable felines in their fancy clothes, scattered chaotically across the page creates a sort of “Where’s Waldo?” of cuteness. While omocha-e are intended to entertain children, I found myself thoroughly entertained by hunching over the drawer and obsessing over each individual and equally adorable cat.