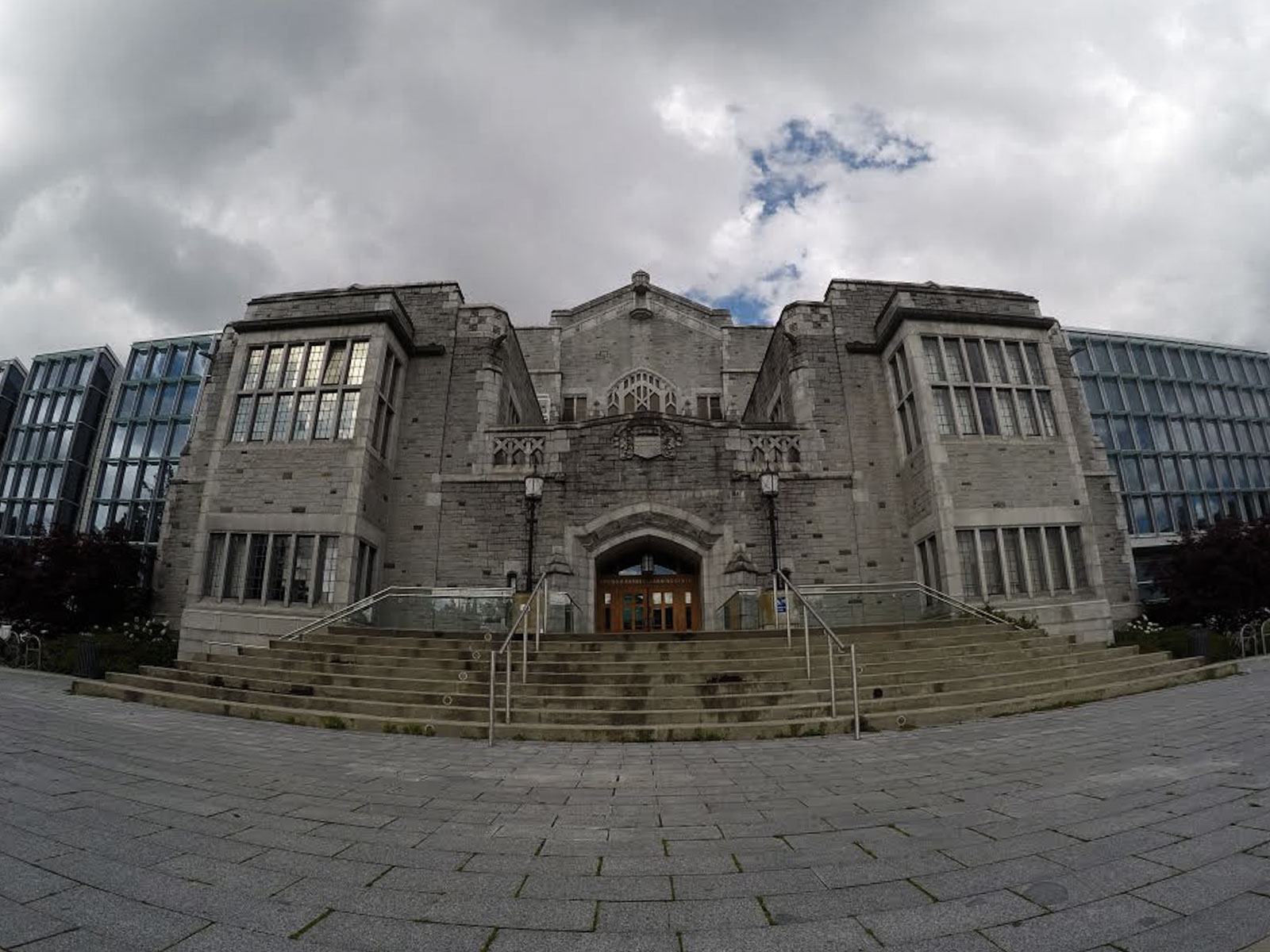 My notebook gets weighed upon entering and leaving Rare Books, to ensure no tome stows away to the wider world; the stories and dust linger with me instead.

Tucked away in IKB and tranquil except distantly rumbling elevators and pitter-pattering footsteps above, Rare Books and Special Collections (RBSC) feels like somewhere else and when. The RBSC holds over 700 archival fonds that span media diverse as maps, letters and manuscripts, and genres varied as Canadian and Chinese history, music and even fly-fishing.

My journey into the hidden treasures of RBSC was helped by archivist Krisztina Laszlo and librarian Chelsea Shriver. My notebook gets weighed upon entering and leaving Rare Books, to ensure no tome stows away to the wider world; the stories and dust linger with me instead. 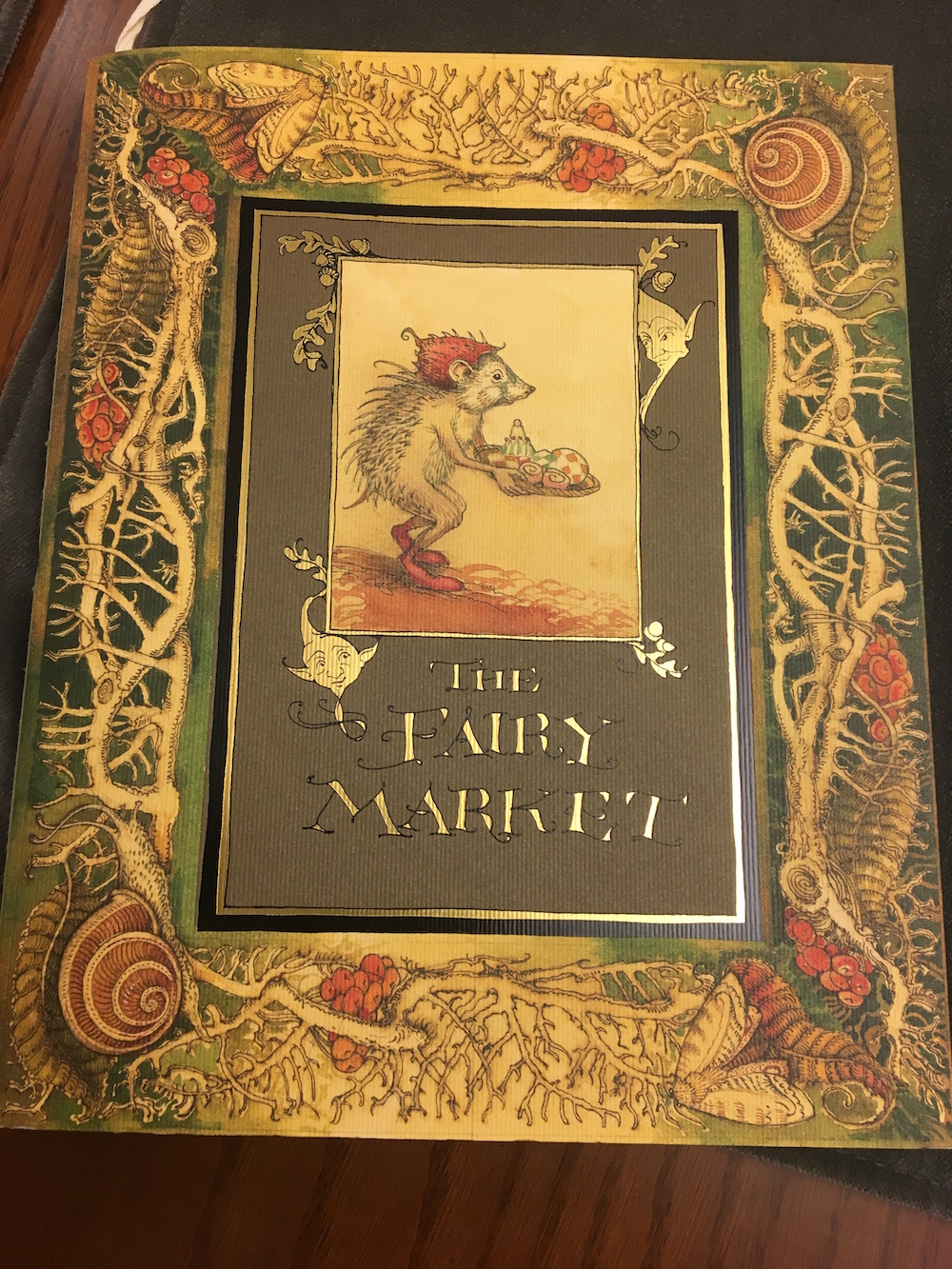 Charles van Sandwyk is a local artist known internationally for detailed, colourful artwork. Over the course of his career, his work has included the 100th anniversary edition of Kenneth Grahame’s classic The Wind in the Willows and The Fairy Market in 2009.

The Fairy Market is drawn and written on textured paper, with cheerful illustrations of well-dressed woodland critters going about their lives. Gold swirls add to its nostalgic mood. I love The Fairy Market for its obvious desire to spirit its reader away: if you don’t have a magic wardrobe nearby, this is a good way to travel.

The dedication is sweet and solemn: “to the everlasting memory of ARTHUR RACKHAM (1867-1939)[,] who was rather fond of sardines.” Intrigued, I looked at Rackham’s work. 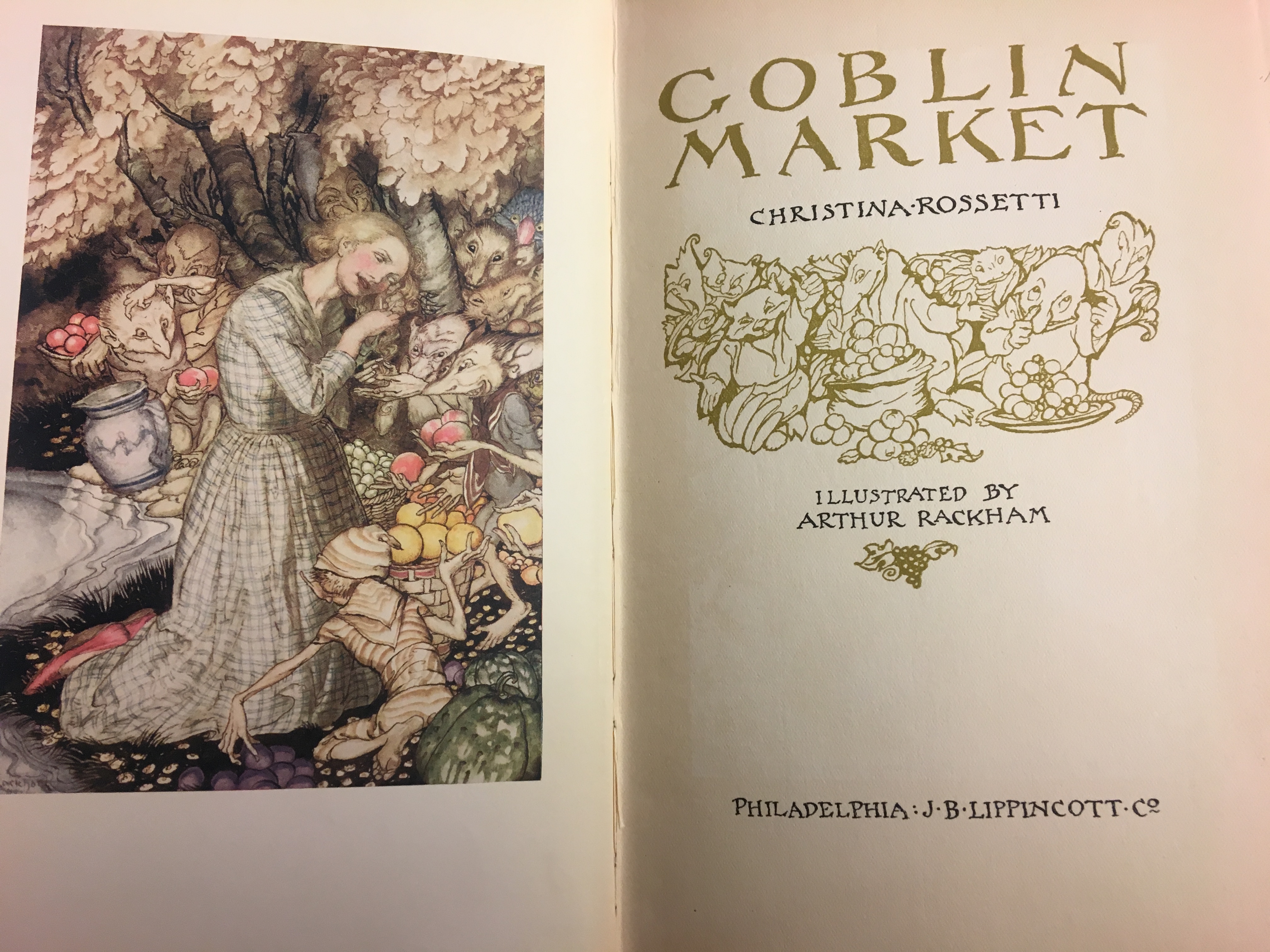 Arthur Rackham was a highly influential English artist during the Golden Age of British book illustration. He was famous for his use of ink with watercolour, his hyper-detailed yet flowing style and, apparently, tinned fish. While the sardines don’t show up in his 1933 rendition of Christina Rossetti’s Goblin Market, the use of ink with watercolour and hyper-detail do make an already creepy work thrum with thrill and threat, and as a fan of horror and horror-adjacent work this spooky artistic partnership delighted me!

“Who knows upon what soil they fed/Their hungry thirsty roots?” a character in the poem says about tantalizing fruit, which made me wonder — what were the roots of the person who created the written half of this decades-apart collaboration? 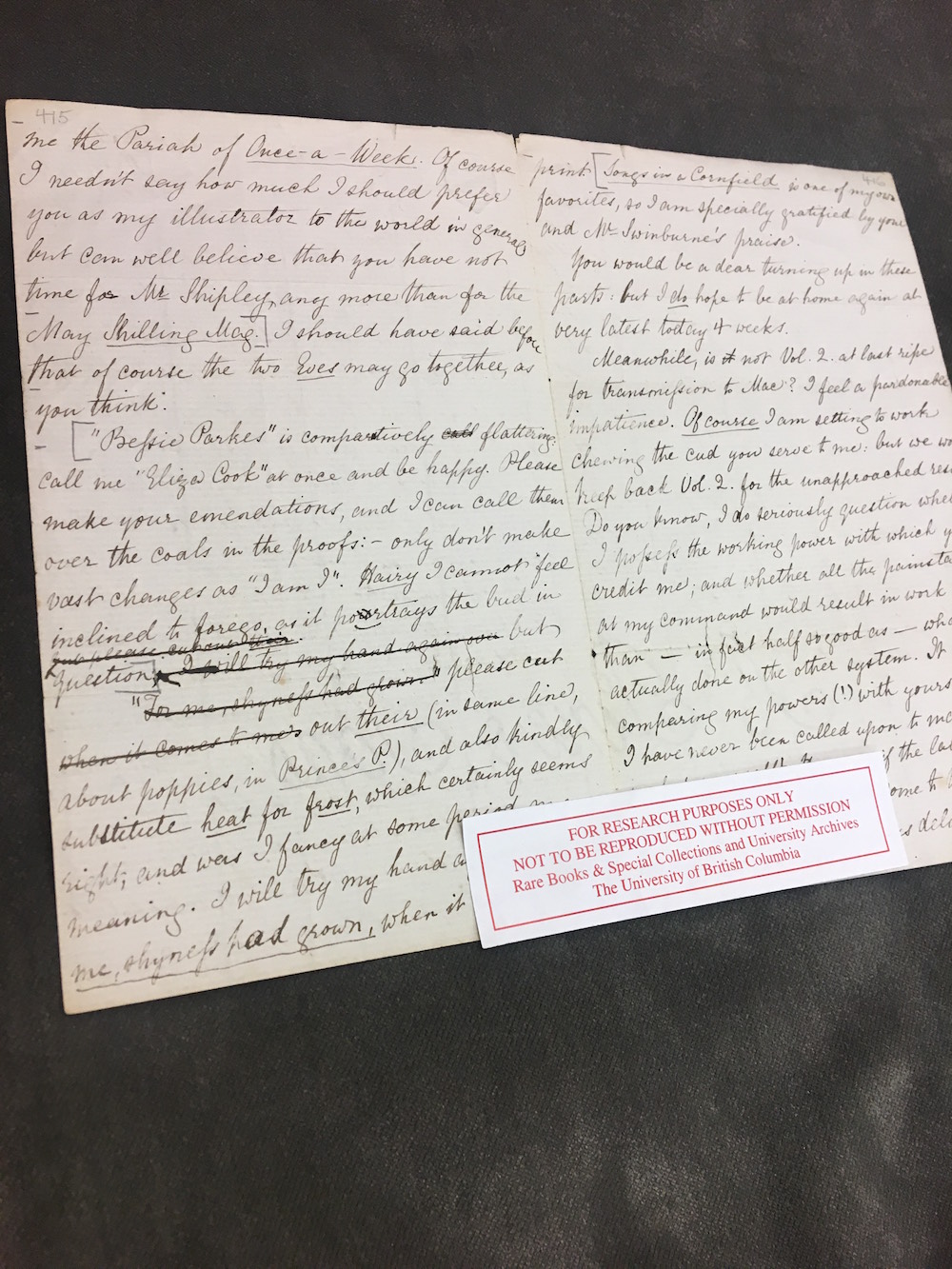 I found this glance into Rossetti’s doubts and minor dramas relatable and reassuring. Chimedum Ohaegbu

Christina Rossetti was an English poet who inspired not just Rackham but also J.K. Rowling and composer Gustav Holst, among others. In her letters to her brother, she talks about writing Goblin’s Market and Prince’s Progress, as well as birthdays and in-jokes. Her ‘I’s look like backward ‘C’s, appropriately; sometimes she runs out of room and smushes sentences into the margins. I found this glance into Rossetti’s doubts and minor dramas relatable and reassuring.