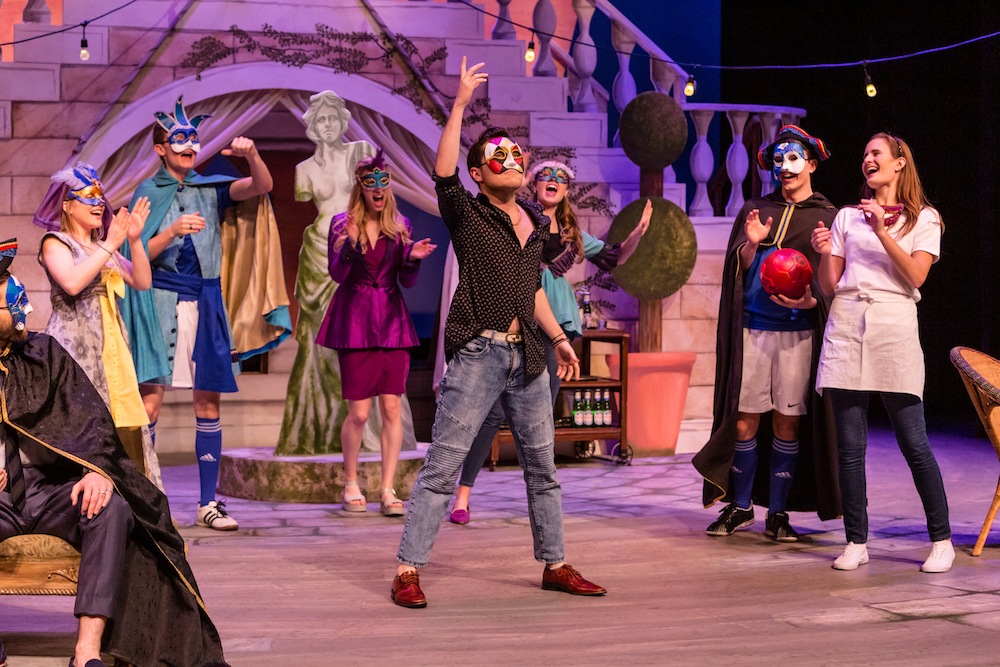 The show attempts to transform the classic script into something more relatable that can resonate with an audience. Courtesy Javier Sotres

We don’t need to see frivolous women on stage. We can see real women. And these women take up space and they’re confident and intelligent and they know what they’re saying, and they’re complex and they’re making decisions.

When one thinks of Shakespeare, their thoughts will most likely gravitate to renaissance clothing and old English. UBC Theatre’s production of Much Ado About Nothing, which will be playing at Frederic Wood until November 24, seeks to modernize the classic play.

A modern take on Shakespeare may not be an entirely unique idea — especially in an industry where, as fourth-year bachelor of fine arts (BFA) acting student Gray Clark puts it, “everyone has done a million different versions of Shakespeare.” But the unique quality of the play comes from their emphasis on strong women and female relationships, a blend of old and new fashion and the use of an exciting technical element.

Like the original play, Much Ado is set in Italy, but it now takes place in 2018 instead of in the 16th century.

“Instead of coming back from a war, we’re coming back from a soccer league,” said Clark, who plays Benedict. “[Using a soccer game as] a difference from a war makes things a little more modern and understandable at a certain level, because soccer players do have a certain level of celebrity that revered soldiers may have had in Shakespeare’s day.”

The show attempts to transform the classic script into something more relatable that can resonate with an audience.

Not only does the production bring the context of the play into the present day, they also transform the fashion into a blend of modern day and classical Italian fashion. It is no easy feat to modernize the traditional look of the Renaissance era while still maintaining the inherent classical themes, but Much Ado is able to play with this concept.

“It’s supposed to be set in modern day Venice, so [the characters wear] very modern contemporary clothing, which is actually a lot harder than I was expecting,” said costume designer Erica Sterry.

The modernized costumes of the characters had to diverge from those Renaissance concepts.

“I tried to pull not so much traditional Shakespearean costume but more focus on an Italian carnevale costume,” said Sterry. “In that way, it becomes more unique because we’re blending carnevale style with modern day style — very contemporary with slightly more traditional.”

UBC Theatre is also making use of modern technology to create a stunning experience.

“I don’t know if we want to spoil everything, but we’re using a technical element that you don’t often see in local theatre,” stage director Amanda Parafina said. This, she explained, would be a surprise for the audience. 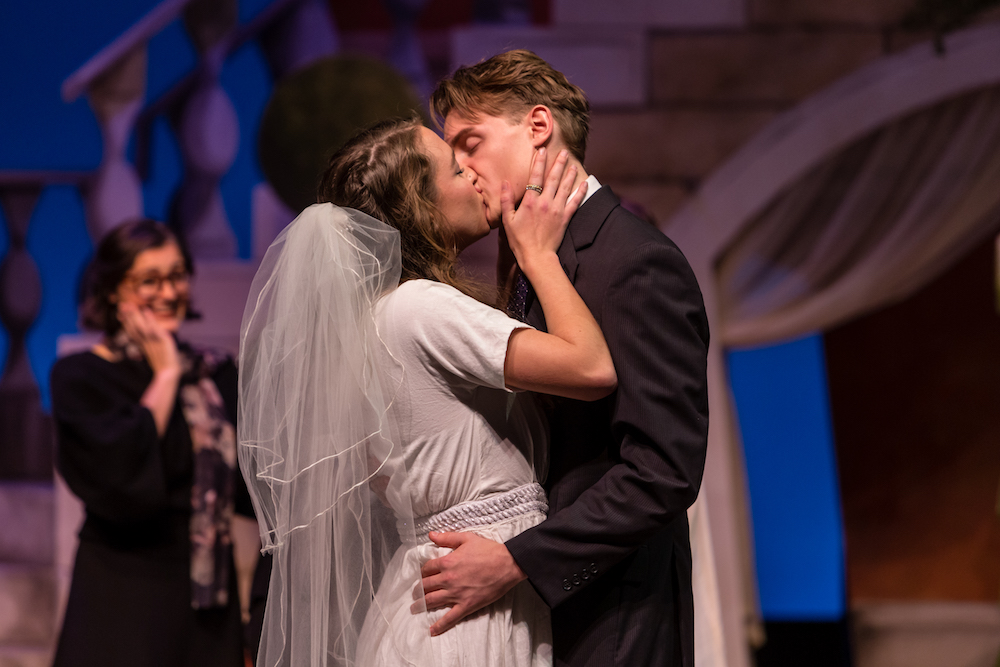 This adaptation of Much Ado highlights women and female relationships, a theme that is very much relevant in today’s context.

“... There were lots of gender-swapped roles or ambiguous gender characters ... Leonata and Antonia, who were Leonato and Antonio, are now female characters,” said Clark. “The place that we visit is now run by a matriarchy, as opposed to a patriarchy, so it’s been really interesting to see the changes that has created [for] social dynamics and stuff.”

Fourth-year BFA acting student Daelyn Lester-Sarafini — who plays Beatrice, Leonata’s daughter — agrees. “Having a mother … playing Leonata, we get into very emotional and heavier scenes where a scene felt very different when it was [played] by a father [character].”

Part of the reason that Much Ado brings a strong emphasis on women and their relationships is because strong women are working to pull everything together.

Director Lois Anderson, a Bard on the Beach veteran and UBC alumnus with a MFA in directing, has had a huge impact on the students she is working with, especially when it comes to the female characters.

“[Anderson] encouraged especially the female characters to take up space and learn to take space when … we maybe inherently and not even noticing [it] take up less space everyday,” explained Lester-Sarafini.

“That was really challenging and also really exciting … to hear a director go ‘We don’t need to see frivolous women on stage. We can see real women. And these women take up space and they’re confident and intelligent and they know what they’re saying, and they’re complex and they’re making decisions.’”

Focusing on the female characters has allowed the show to break down some of the stereotypes that are often associated with Much Ado.

“It’s very easy for Beatrice and Hero to slip into the bitch and the virgin archetypes and these types of ‘sweet and innocent’ and ‘crabby and man-hating,’” said Lester-Sarafini. “It’s very easy for those characters to become stereotypes and we’ve just completely knocked that off the playing field and just gone ‘No, you do have that strength, you do have that agency, you have that power.’” 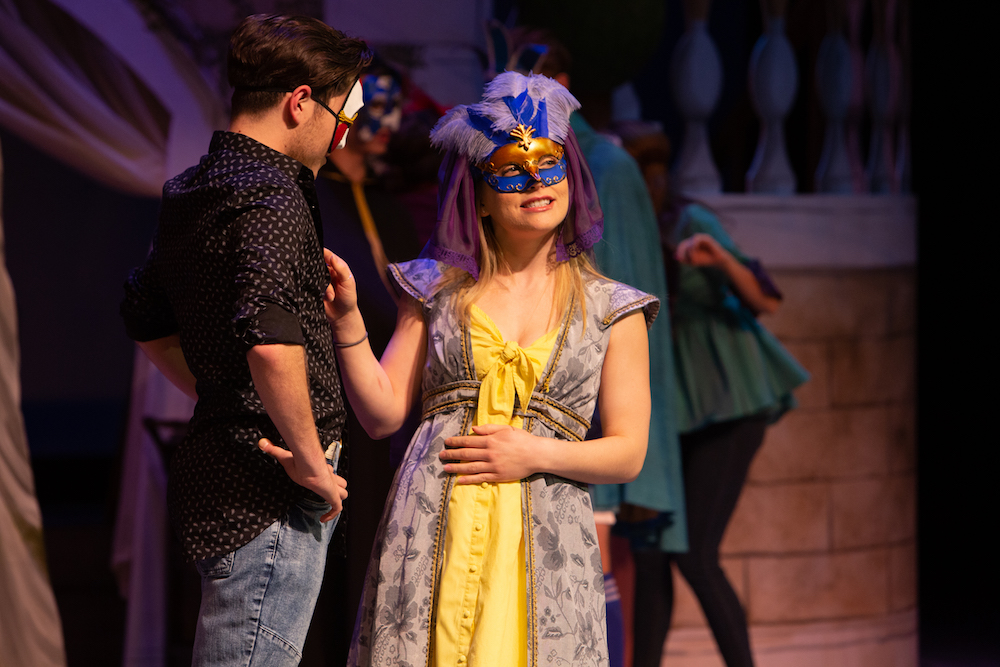 While the production does bring a new focus on gender and female empowerment, at its core it will always be a show about human relationships and love.

“You see two very opposite forms of love, which I thought was really cool,” said Clark. “And that’s been true for evidently 400 years because [Shakespeare] wrote this over 400 years ago and it’s still relevant …

“You have Hero and Claudio which is more of a love-at-first-sight kind of thing and then you have Beatrice and Benedict who think that they don’t like each other, think that they might even hate each other ... It’s just very interesting to see how those two different love stories play out and how they both can exist and have existed.”

Although the show is basically Shakespeare’s equivalent of a romantic comedy, the cast is quick to point out it examines relationships of all sorts.

“I think this show is often just sold as ‘Oh there’s two love stories going on at once,’” said Lester-Sarafini. “But there’s so much more that’s happening ... with every character. Lois kind of introduced that on the first day she was like ‘These are all the different kind of love.’”

One of these core non-romantic relationships is between the four leading female characters.

“[Lois] called us the ‘House of Lionesses’ which I really like,” said Lester-Sarafini.

“That’s something that came with switching the genders — you have these four powerhouse women [who] are living in a house together and really that kind of ties into what I think the take-home message of the show is: It’s support and community and love of all kinds.” 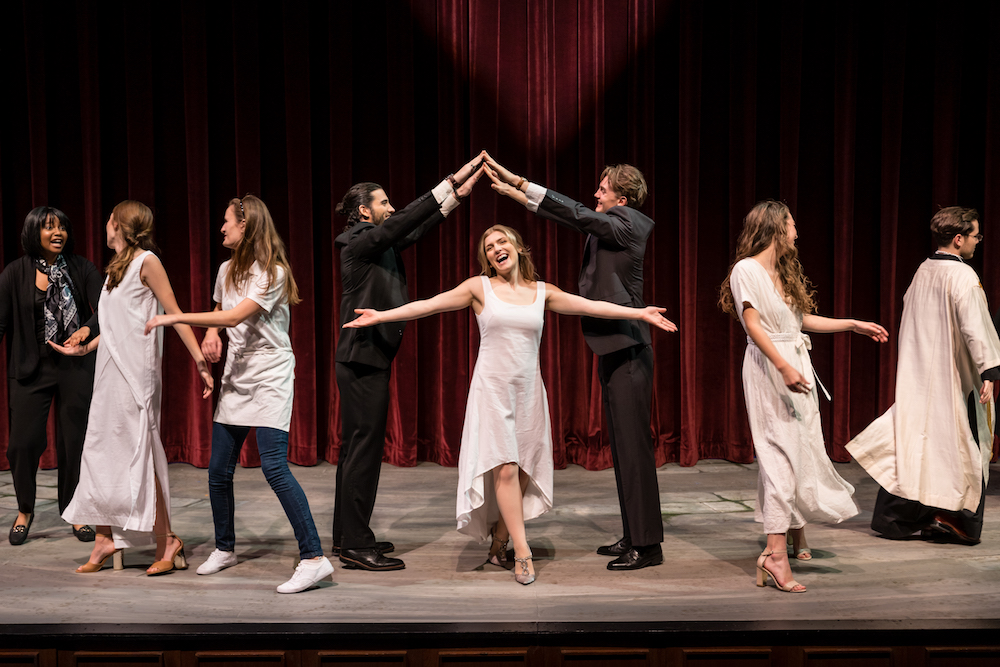