Air travel: How to make it home without losing your seat or being bludgeoned by airport security 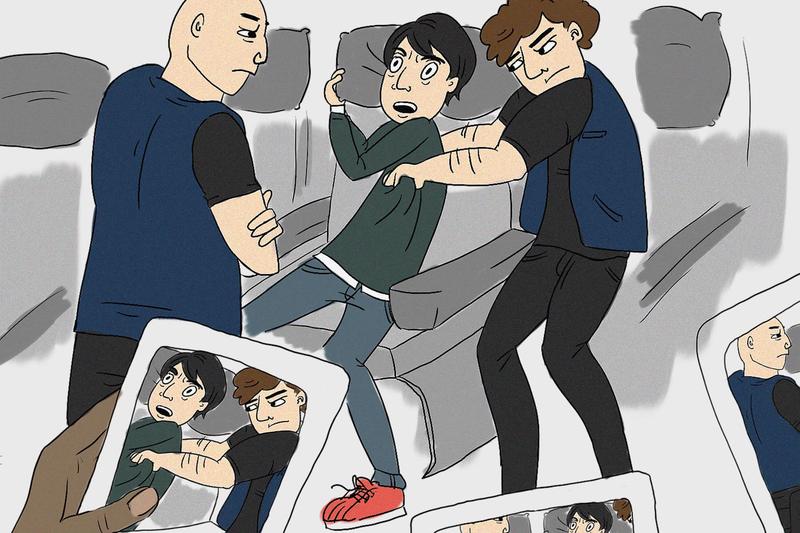 By now everyone has seen the videos. An older doctor, when asked to give-up his seat for an airline employee who showed up late for their flight, refused to leave his seat. United Airlines employees and police took the only reasonable course of action — bashing his head against an armrest and dragging him unconscious off the flight. As if that wasn’t bad enough, once they dragged him into the terminal, they lost track of him and he found his way back on the flight.

This isn't a first for United. No airline is safe from controversy — when millions of people fly every day, tragedy is bound to befall someone — but that doesn't mean some aren't better than others. If you’re flying out of YVR here’s who to fly and who to avoid.

When I flew Cathay Pacific, they gave me two blankets, a bulkhead seat and a bag of all-dressed chips. Six stars for that.

EVA Air is based out of Taiwan and is in a similar situation as the two above. ANA and Cathay fly the new generation of 787 Dreamliners, while EVA runs an older fleet of Boeings from the 1990s. All three come highly recommended, though a quick glance through related news headlines will show that even they aren't free of bad experiences.

For instance, ANA once tried to pass off a banana as their gluten-free meal option.

YVR doesn't run any flights from any one-star airlines. In fact there’s only one one-star airline in the world, Air Koryo, which is run by the government of North Korea. Air Koryo flies solely decommissioned Soviet planes and I urge any North Korean students to steer clear, even on a connection.

YVR is also mercifully spared from any of the two-star airlines, which include SyrianAir, Sudan Airways and Lion Air, which was once banned from European airspace for safety concerns.

YVR has more than its fair share of perfectly fine airlines: Air New Zealand, British Airways, KLM (Royal Dutch Airlines) and Qantas — all of whom have escaped any recently major controversy. Many domestic students who don't hail from the Lower Mainland have more than enough experience with Air Canada. They tend to be the only choice for a lot of the odd destinations people need to get to, regardless of the exorbitant fees and non-existent legroom. Air Canada hasn’t been able to escape the recent bumping controversies, which include causing a woman to miss her $10,000 vacation a few weeks ago.

What You Can Do

The Bill of Rights doesn't mention anything about our rights on airlines, so I asked Sauder Professor Marc-David Seidel about what students can do to avoid being bumped themselves.

Is an airline legally allowed to bump someone from a flight in Canada?

Yes. In fact, there are fewer protections currently in Canada than in the United States. In Canada when an airline bumps you, they are obligated to follow their own contract (or tariff) in terms of compensation. [The federal government is] planning on introducing legislation in Ottawa shortly which sounds like it should standardize the compensation a bit more into a passenger bill of rights. We will see what comes of that.

Why do airlines overbook flights, and what do they stand to gain from it?

Airlines only make money when planes fly with paying passengers in seats, so they do everything possible to minimize the number of empty seats on a plane. Since some passengers never show up and others cancel at the last minute, airlines frequently overbook in an attempt to get as many seats full as possible. There is fairly complex math behind the exact number — and sometimes things don't work out for all passengers unfortunately. You can think of it like a probability curve and every now and then you end up at the tail of the curve. Generally, the cost of getting a volunteer in those instances is less than the amount they make overall by having the practice [of overbooking]. But sometimes nobody is willing to volunteer and things get difficult then.

Why has United had so many incidents like this in recent years?

Most major airlines regularly bump passengers. It is a very common practice. I am not clear that United has had more than others. But once a major incident gets social media visibility, each additional incident gets more attention.  That said, airlines vary on their organizational cultures. United — and many of the major airlines in North America — have historically and in recent years had organizational cultures which treat economy passengers poorly.

What can travellers do to avoid being bumped from a flight?

There are several things which reduce the chance of being bumped:

2) Reserve a seat in advance. Airlines tend to bump passengers who don't have a specific seat assigned first.

3) Check-in online as early as the airline allows you to and be sure to confirm a seat at that time. Airlines tend to bump passengers who checked in last or didn't select a seat during check-in.

4) Check a bag. Airlines generally prefer to bump passengers who do not have checked bags as it creates more of a delay to get the bag off the plane.

5) Gain status in airline frequent flyer programs. Airlines tend to bump passengers who have less of a relationship with the airline.

Where does this leave you?