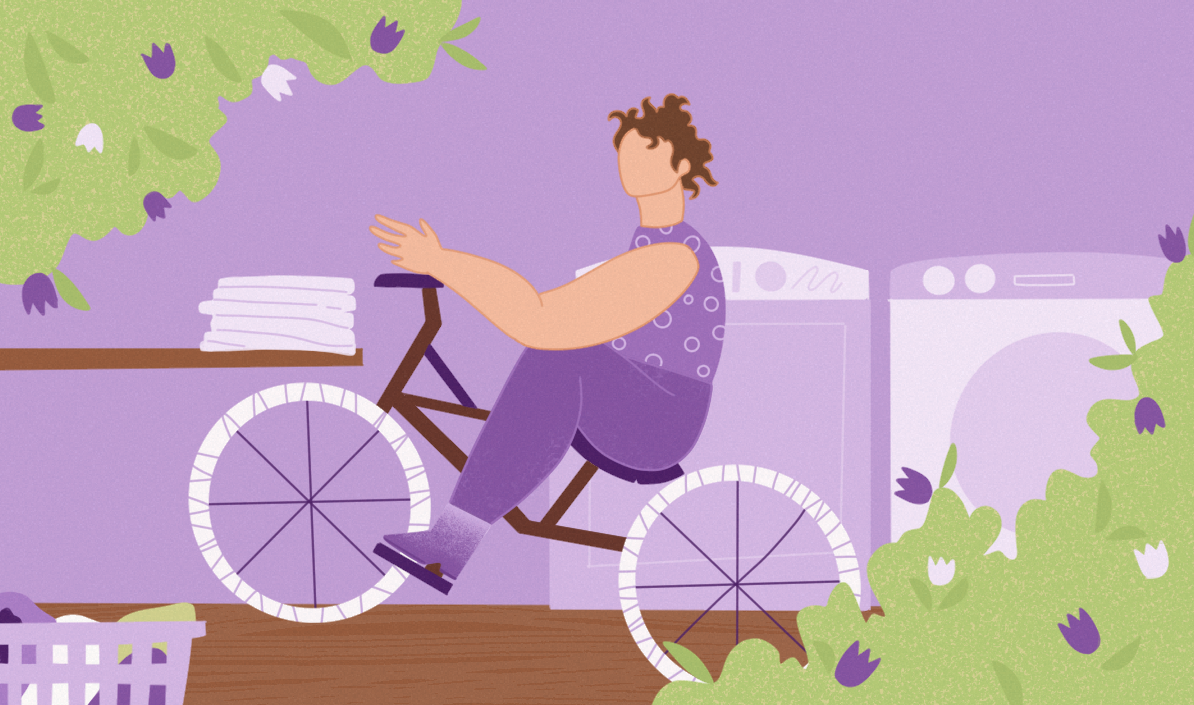 From mid-March until the end of May, far away from my family and friends and in a city I was still a newcomer to, I experienced what was my self-isolation period in Amsterdam.

I biked from my student residence in Amsterdam to Dam Square, near where my cultural analysis class was taking place. I sat in my usual spot and waited for class to get started, when my professor said, “I have a feeling this will be our last class. What would you like to do for the final exam?”

Ubyssey · In Full Bloom - Stories from Self Isolation

A sinking feeling in my stomach began to arise as people’s hands shot up with suggestions. We decided on a take-home written exam. There was no way we were doing it in person. “Realistically,” he said, “we are only one of the few universities in Europe that haven’t closed.”

From that day onward, nothing was the same as it had been during my exchange at the University of Amsterdam (UvA). The friends I had made in university started packing to return to their home countries, some with more days’ notice than others.

Toilet paper was more of a rarity at the Albert Heijn supermarket, and I took what ended up being my last ride on the city tram. It felt weird to think we had our first block of finals coming up.

Within the next two weeks, other UBC students on exchange in the country started buying tickets back to Canada after we received an email from Go Global urging all exchange students to leave for home, “wherever that may be.”

“I heard they’re closing the Canadian border.” a friend had said.

Colombia’s border closed in late March, and in the days prior I felt as though I was in limbo. I questioned whether I should go home, back to Bogotá. After careful scrutiny, deliberating with my parents and advisors at both UBC and UvA, I decided against it. There was more I wanted to experience in Amsterdam. Even if it was not in the way I originally envisioned, I had to give it a chance.

From mid-March until the end of May, far away from my family and friends and in a city I was still a newcomer to, I experienced what was my self-isolation period in Amsterdam.

I was not scared. I was careful, of course, but the virus was the least of my concerns when I thought about the possibility of no longer living in the place I had looked forward to for a year prior.

I was excited to see the tulips in the coming spring, to walk around Oosterpark, to bike and explore new roads and alleys. I bought coloured pencils at the supermarket and started drawing. I started eating breakfast bathed in sunlight.

I bought new foods, drank different juice flavours to surprise myself at home. I shifted my sleeping schedule to talk to my loved ones in Bogotá and Vancouver, going to bed between 1 and 4 a.m. and dreamt of the day on which I could go back to a museum.

I had two friends left from university to count on in the city. They did not live close by so I couldn’t see them often, however, when I did, I was happy to meet up.

I went with my friend, Jerhko, all the way to Amsterdam’s Bloesempark and the city of Zaandam on long bike trips I would not have taken if I could just hop on a train.

We also met in Amsterdam sometimes, to stroll and talk around Vondelpark, the Roeterseiland campus or eat apple tarts from Café Winkel 43.

By the end of May, I could finally greet the North Sea in person when my friend Nina took me to Noordwijk Beach. When we were together, she tried really hard to convince me to see the stunning tulip fields in her hometown of Lisse. When we finally made it, summer was setting in and the bloom was gone.

But all in all, I could have never made it without their friendship and support.

Most days, however, I was almost completely by myself. And some were more cheerful than others. Some felt long and others barely happened. Sometimes I had the impulse of doing early morning groceries and enduring seven hours of class on Zoom. Other times, even walking around the picturesque Centrum borough felt eerie because I was meeting no one at the end of my walk.

Sometimes, it got lonely.

I found comfort in music, as always.

During my self-isolation in Amsterdam, not only did I watch Tiny Desk Concerts on YouTube nonstop, but I was making Spotify playlists at twice my usual rate.

I would dance in my room to the new albums of Bad Bunny and J Balvin as a Latina abroad must; I would relax to the soulful tones of Stevie Wonder and Nina Simone; I would think about home, love and solitude with the covers of Eugenia León and Natalia Lafourcade; cry to the dreaminess of Ojos Del Sol by Y La Bamba as I wished “mucha paz para mi madre y mi padre”; and then I was reminded to go outside and breathe with the lyrics of Faye Webster.

I came undone with the raps of Calle 13, sung to my beloved Shakira, got my bike rides pumping to the Talking Heads and other classic rock, and drew to Tim Maia and the fabulous Lido Pimienta. And as I walked along the canals that glittered in the afternoon sun, the sounds of Kamasi Washington reminded me to be present and feel the company of the notes: “No matter what happens before me, I’m here …”

There is so much more I could share about my time of self-isolation in Amsterdam. How I got into writing even more, how I learned about mental health, how I ventured into social media activism, how I spent my birthday and how I crammed seeing nine museums and a handful of Dutch cities within the last two weeks of my exchange as the country opened up.

However, writing this piece has made me realize how much processing I must do in my own time.

I managed to travel back to Vancouver in mid-June. I greeted my boyfriend with no hugs and wearing a face mask, and after completing my 14 days of quarantine upon my arrival, I got to see my friends and breathe in Vancouver’s air as deeply as I could.