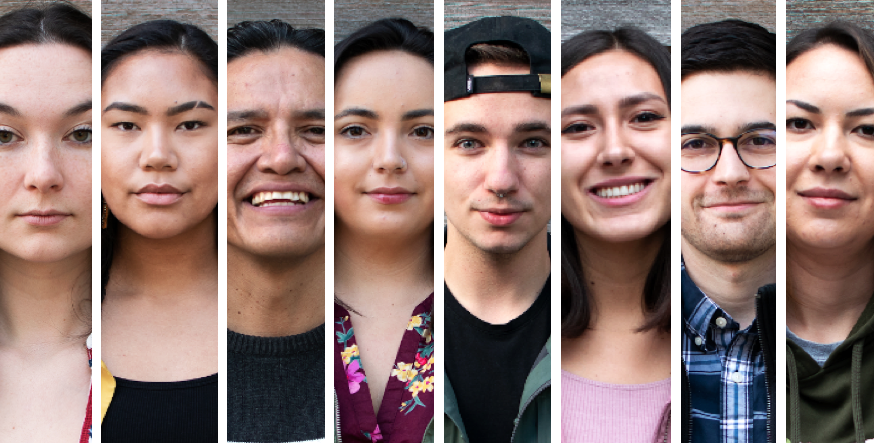 Indigenous students speak out on Halloween: We are people, not costumes

“Indigenous” Halloween costumes are offensive to many people and we hope that our voices can inspire others to think twice about about selling, buying or wearing these costumes.

A note from Rebecca Hope Gouthro, creator and editor of this project:

If someone you know is thinking about dressing up as an Indigenous person for Halloween, this project I created showcases what we actually look like in North America. We are people of many different shapes, sizes and colours who deserve to be respected and acknowledged. We don’t wear our traditional headdresses or clothes often, because they are usually only worn during traditional ceremonies. Outside of these ceremonies, Indigenous people like myself wear everyday clothes.

I am incredibly thankful for everyone who has contributed their written work to a project that is more ours than mine. “Indigenous” Halloween costumes are offensive to many people and we hope that our voices can inspire others to think twice about about selling, buying or wearing these costumes. 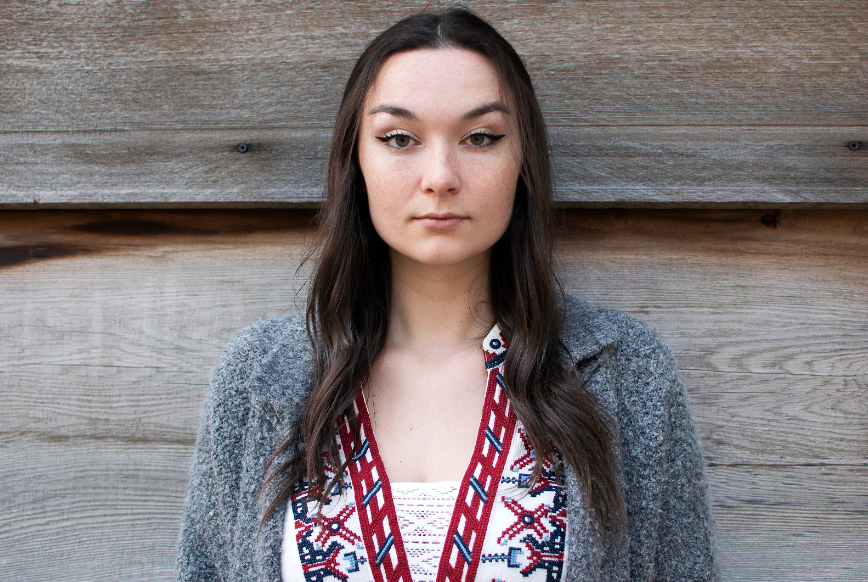 My name is Rebecca Hope Gouthro and I’m Algonquin from the Pikwàkanagàn First Nation in Ontario, Canada (Turtle Island).

Stores that sell cheap, overpriced and provocative replicas of our traditional clothes in the form of costumes not only produce inaccurate depictions of who we are, but also produce the belief that we are more like Halloween characters than real people. If non-Indigenous people walk into these stores and come to believe that we are Halloween characters, how are we supposed to be taken seriously as real people? How are we supposed to be taken seriously when we have to say, “Please don’t think you’re an Indian just because you’re wearing face paint and feathers”?

Although it’s hard to believe, some people still ignore the fact that Indigenous people and a long history of colonization exists in Canada. Turning Indigenous people into Halloween costumes is a clear display of this ignorance and shows that people still disregard our voices, our personhood and the long history of trauma we have endured because of colonization in Canada. 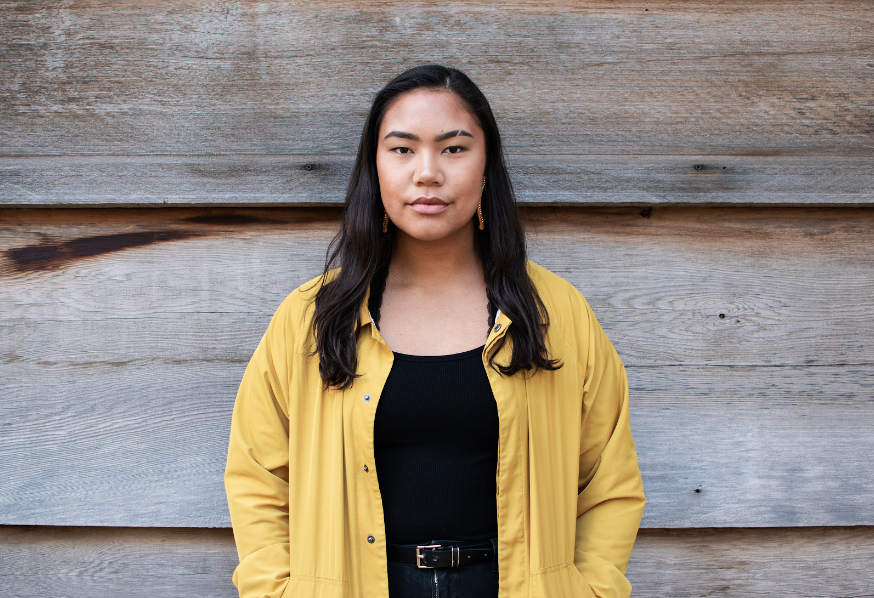 My name is Dene Petti and I’m Cree and Dene from the Peguis First Nation in Manitoba, Canada (Turtle Island).

When I was growing up Indigenous in a primarily white neighbourhood, I was exposed to a lot of racism. My friends would mock my culture, and kids would swear at me and call me things like “Dirty Indian” while I played hockey. These kinds of experiences led me to carry a lot of shame for being Indigenous.

When people dress up as “Indians” for Halloween, they are ignoring the fact that they are dressing up in an identity and culture that Indigenous people have been shamed for.

We weren’t always allowed to practice our cultures or to even call ourselves Indians. Many of our people were sent to residential schools where the government tried to “kill the Indian in the child.” By dressing up as “Indians”, the racism we’ve faced and the cultural genocide of our people is ignored.

Dressing up as a ‘Sexy Indian’ ignores the fact that thousands of Indigenous girls, women and Two-Spirit people have been sexually assaulted, gone missing and been murdered. People who dress up as ‘Sexy Indians’ are doing a lot more than just wearing a costume. They are contributing to our objectification and sexualization. This ongoing violence against us is not okay. 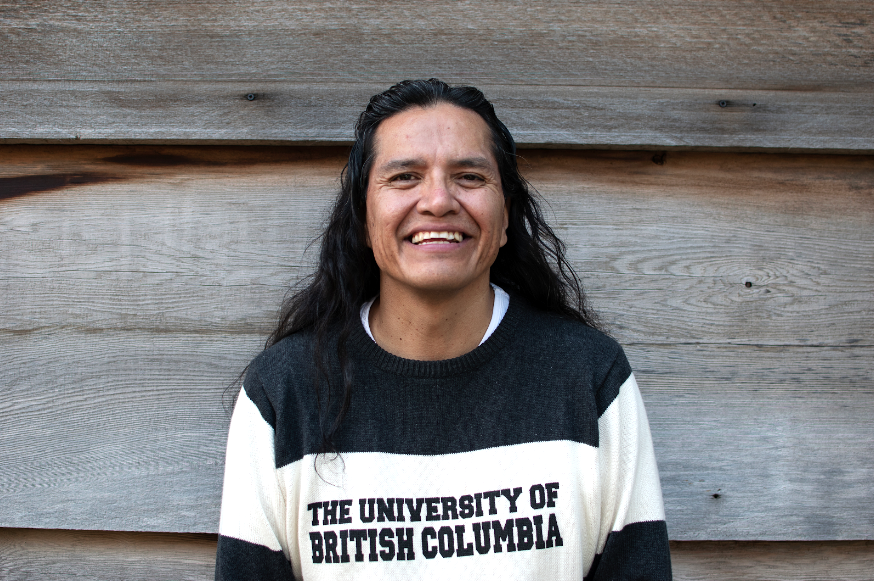 My name is Rodney Little Mustache and I’m from the Piikani Niitsitapi First Nation in Alberta, Canada (Turtle Island).

I believe that fashion icons like Anna Wintour, Andre Leon Talley and Karl Lagerfeld could stop non-Indigenous businesses from producing and selling “Indigenous-inspired” clothing, but they do not. They do not consider the negative implications that their fashion statements have had on the cultures that they appropriate. “Indigenous” Halloween costumes, for instance, may very well have trickled down from the fashion industry and its promotion of “Indigenous-inspired” clothing as fashionable for everyone. Halloween shops might only stop selling “Indigenous” costumes when people at the top of the international fashion industry stop appropriating Indigenous cultures in their designs. Whether ill-will is intended or not, it is not okay to create, sell, buy or wear “Indigenous” clothes or costumes when you are not an Indigenous person. 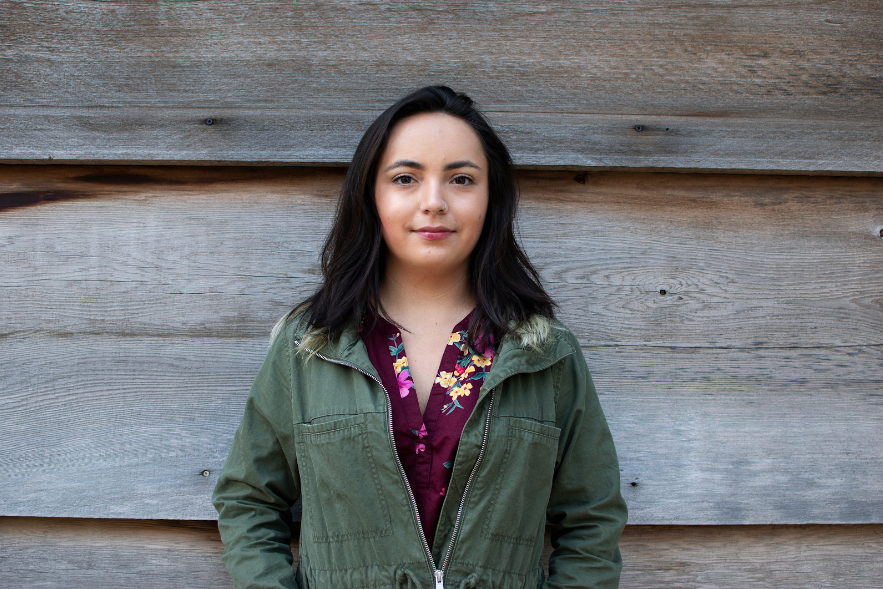 My name is Lenaya Sampson and I’m from the N’laka Pamux First Nation in British Columbia, Canada (Turtle Island).

I think the appropriation of Indigenous people continues to happen due to non-Indigenous people selling and profiting off of Indigenous traditions like dream catchers and voyageur canoes. But around Halloween, appropriation of Indigenous cultures is heightened by 'Indigenous' costumes. Every year I wonder why and how anyone thinks that it is okay to make costumes out of other people’s cultures and customs. We Indigenous people have practiced our cultures and customs for millions of years and we have defended them in the face of colonization. People who make us into costumes do not consider the significance of the culture they are “portraying” or the strength and resilience of the people they are “embodying.” If people really took time to understand who we are and what we’ve been through, they would never turn us into cheaply made Halloween costumes and greatly disrespect us by doing so. It is hurtful. 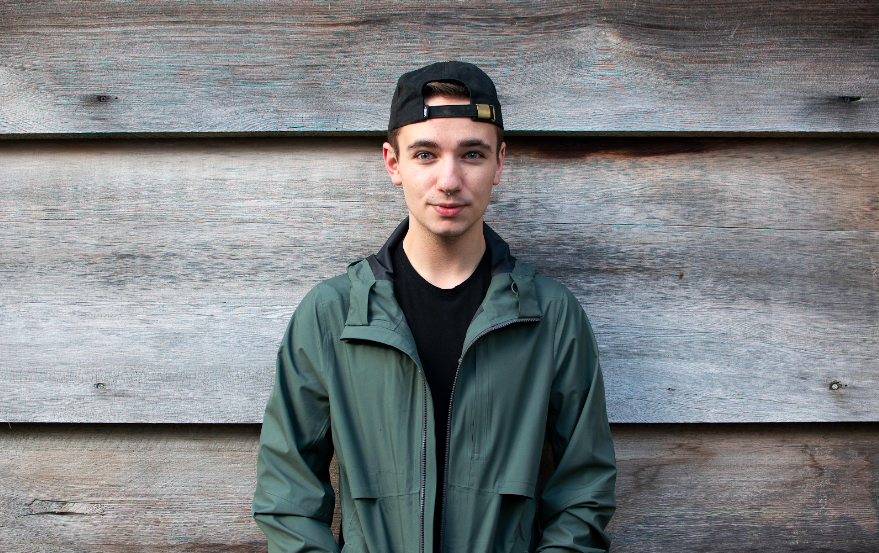 My name is Tanner Neufeld and I am Metis from Ontario, Canada (Turtle Island). 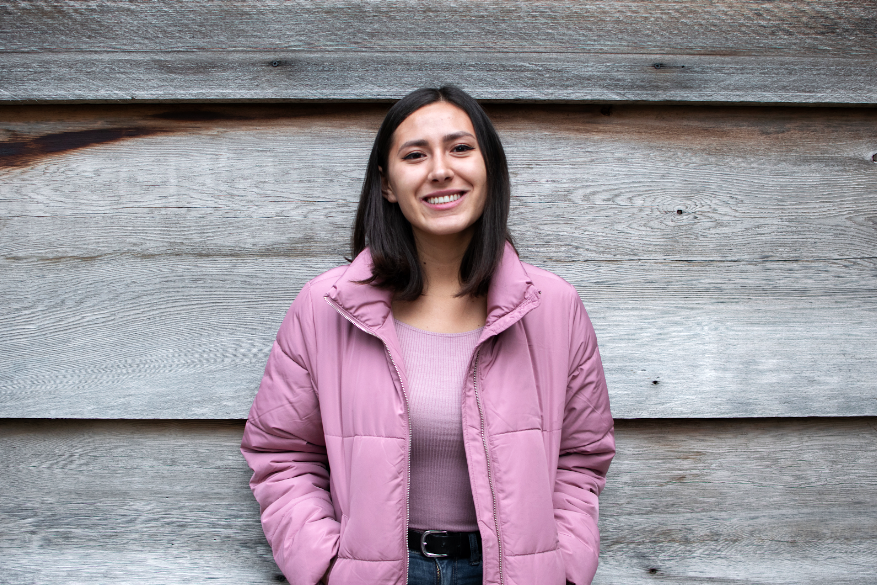 My name is Memegwans Johnson-Owl and I’m Sagamok Anishnawbek from Ontario but was raised in Saskatchewan, Canada (Turtle Island).

The appropriation of Indigenous cultures through Halloween costumes is a means of excluding Indigenous people from society. Costumes such as “Indian Warrior” or “Indian Princess” display Indigenous people as only existing in the past, and they hinder our ability to represent ourselves today. When Indigenous people are seen as objects of the past, our present-day accomplishments, the power of our cultures and everything we have fought to change and are fighting to change is neglected and not recognized. People want to dress up as “Indians” but they do not want to acknowledge the fact that Indigenous people face current day issues and that Canada has a very dark history. 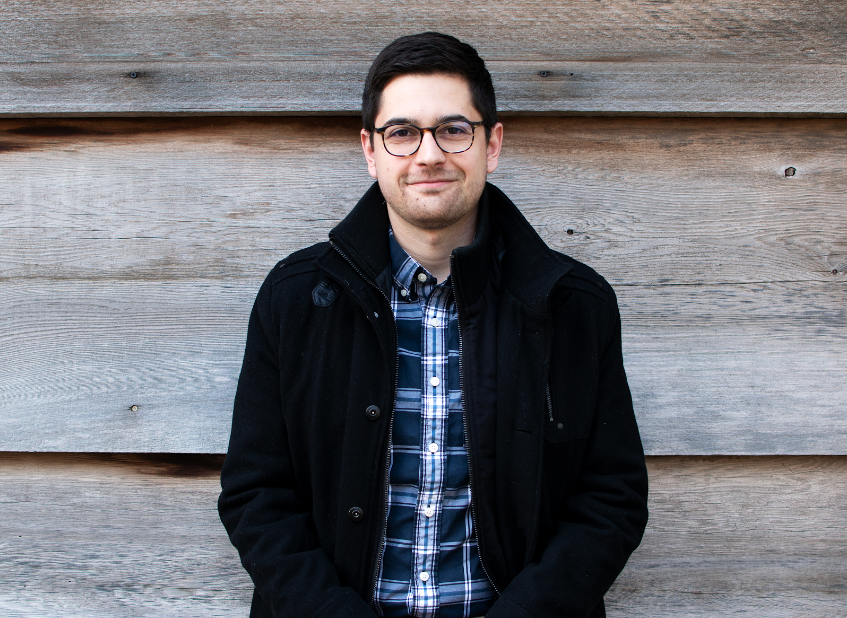 My name is Cole Daley and I’m from the Chawathil First Nation in British Columbia, Canada (Turtle Island).

The question of whether a costume is offensive can be boiled down to more fundamental questions in my mind: does the costume reinforce harmful stereotypes and is the individual guilty of cultural appropriation by cheaply imitating another person’s culture with their costume?

The ongoing acts of colonialism perpetuate a power imbalance that makes any costume which mimics or serves to “honor” Indigenous culture a gross act of cultural appropriation and not one of appreciation. Much of the imagery and regalia that people often choose to add to their costume is divorced from its original context and purpose, losing all manner of meaning and just becoming a prop in every sense of the word.

Within my grandparents lifetime it was a criminal offence in this country for our own people to appreciate the visual and ceremonial elements of our own culture due to the Indian Act. To some, it is just an innocent costume and I get that. But on the other hand, you could dress up as Captain America or Superwoman instead. 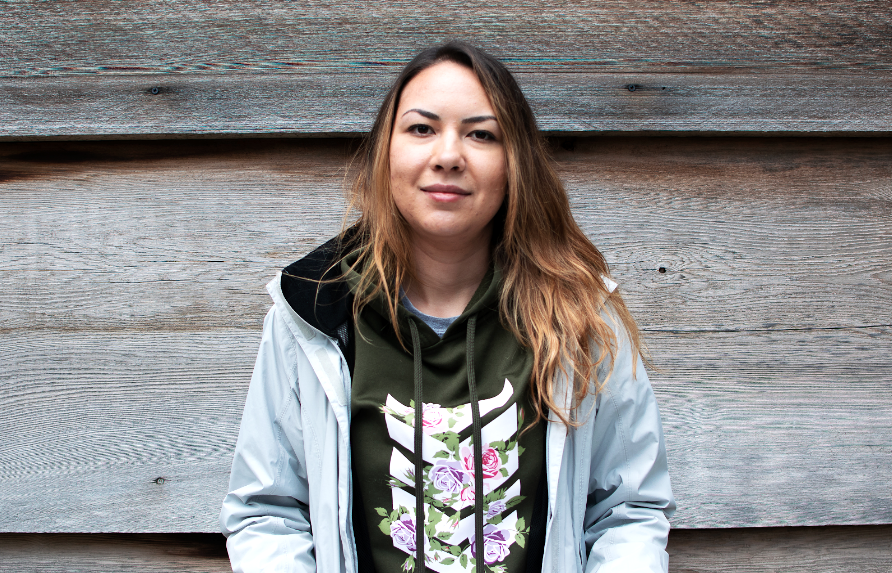 I’m part of one distinct nation out of many that exist in what is now known as Canada and North America. My nation, like every other, has always had complex and unique forms of kinship, governance, land management, and economic systems. Ongoing colonization enforced by Canada’s legal system, institutionalized education system and many other systemic structures creates systemic oppression and continuously forces Indigenous people to assimilate to the dominant non-Indigenous culture of Canada. This intentional and violent history of colonization has resulted in disparities in every facet of life for Indigenous people, especially in the extreme violence against our native women and girls.

We do not deserve this systemic oppression, this racism or this violence. We do not deserve to be made into costumes. A lack of knowledge about and compassion for Indigenous people is evident when these costumes are sold and worn. This year, please be mindful of what costume you choose to wear.

Thank you to Victor Sauca for following my creative direction and for taking the incredible portraits of all those who contributed to this project. Last but never least, thank you to everyone who truly listens to Indigenous voices. We need more people like you standing with us. Meegwetch and happy Halloween!