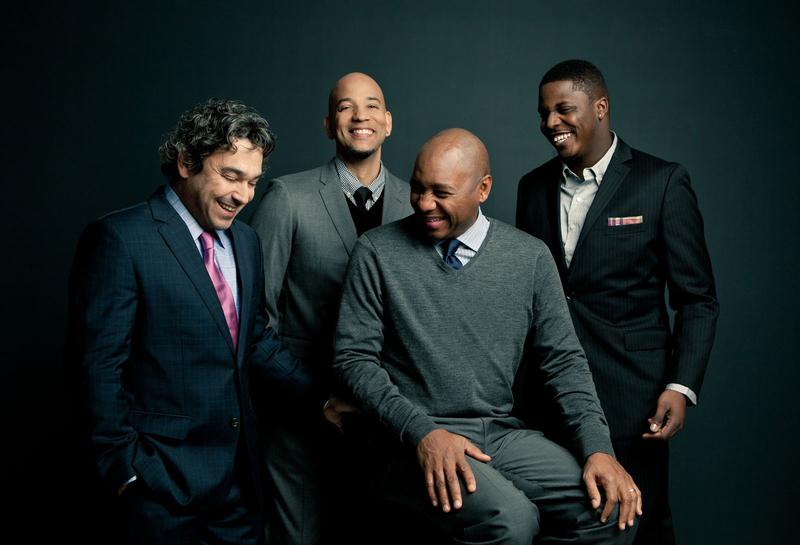 This concert is guaranteed to be awesome. Photo courtesy Eric Ryan Anderson

The band’s energy and passion will engage and excite both those new to jazz and those familiar with the genre. Their philosophy is to treat each song as an individual musical entity rather than a vehicle to showcase talent.

“[Marsalis uses] melody through his music to reach people and touch them,” said Joyce Hinton, co-managing director for the Chan Centre.

The quartet will be playing their renditions of jazz classics as well as original compositions.

Marsalis takes compositions from various members of the band so they don't just play his own compositions or jazz standards, but their interpretations.

Hinton has been interested in bringing Marsalis to Vancouver for some time. She first saw him perform in Bellingham with the Philadelphia Chamber Orchestra in 2014.

“Of course that was a completely different program, Branford is one of these rare musicians who is not only on top of his game in terms of being a jazz artist, he’s also a very well-respected classical music artist,” she said.

“It was wonderful to watch him and I was kind of smiling because you could tell a lot of the audience was there for him and were jazz fans because every time he soloed, everybody clapped, which — usually in classical music — it isn’t done. But it was so joyful, nobody cared and Branford was so gracious, and so was the chamber orchestra. He would just take a little nod or bow or whatever. You can tell he loves his audience.”

An hour long conversation with Marsalis and Richard Kurth, director of UBC School of Music, will be free to the public at UBC Robson Square at 11 a.m. on Saturday, February 13.

Marsalis’ career has led to collaborations with a plethora of jazz greats, including Miles Davis, Dizzy Gillespie, Herbie Hancock and Sonny Rollins.

“Not only is he a composer and a performer in both jazz and classical music, he has his own record label, he’s written for Broadway, he’s written for film, he’s been the musical director for the Late Show with Jay Leno, he’s played with Sting, he’s collaborated with the Grateful Dead — the list goes on,” said Hinton. “To me, he’s a true artist. He tries different things and he does them very well.”

A limited number of student rush tickets will be made available for $15 with student identification. Tickets go on sale on at noon on February 6 at the Chan Centre ticket office, limit one per person.