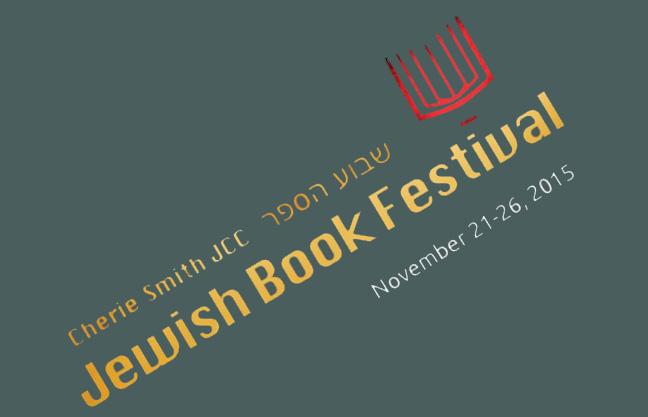 UBC professors are presenting at the festival. Logo via jccgv.com

The people of Canada are an amalgamation of different ethnicities, religions and nationalities, resulting in something high school teachers in particular love to call the "Canadian cultural mosaic."

This diversity in Canada is something Canadians are very proud of and many places around the world consider Canada to be one of the most diverse and welcoming countries on Earth. This has not always been true and arguably never has been.

Often Canada has treated its minorities with a fraction of the inclusiveness our reputation deserves. This November, the Jewish Community Centre is hosting the annual Cherie Smith JCC Jewish Book Festival. This event highlights a key minority in Canada and celebrates works by Jewish authors as well as works about Jewish culture and religion.

Richard Menkis is an associate professor of modern Jewish history at UBC and recently co-wrote a book called More Than Just Games - Canada in the 1936 Olympics, which will be on display at the festival.

This overlooking connects with his current work.

“I'm looking at the ways in which Jews writing about their history have been writing it sometimes as a group that’s trying to make the majority of society recognize that they are a part of Canadian society.”

Menkis noted how this inclusiveness has become better in recent decades. However, this idea of Jews as outsiders was a theme that permeated the works of other members at the festival.

Marina Sonkina, who also teaches at UBC, experienced the separation of being Jewish. However, her experience was vastly different. Growing up in Russia, her novella, Expulsion and Other Stories — which she will present at the festival — tells the tales of women coming of age in post-Stalinist Russia and explores how a totalitarian regime feels on a very mundane and personal level.

When discussing growing up in a totalitarian regime, her childhood experiences with the stigma associated with being Jewish in Russia and the repercussions of these experiences, Sonkina reiterated the message which is a central theme in her book.

“We do not choose where we’re born,” she said. “The place and the time, we do not choose, but we then accept that into ourselves and we either make the best or the worst of it. Some of the struggles are the struggles that would be typical to anybody born in any place — growing up, knowing who you are, blending or not blending with people. And some of the issues are quite different. So that is my message, just to show the fabric of life.”

Struggles while growing up was something AD Gentle — another writer at the festival — experienced and she found it influenced her writing as well, albeit in a different way.

AD Gentle, who got her B.Sc. in biology from UBC, wrote her first story, The Freak and the Vampire, to escape from high school bullying. Discussing how being Jewish has affected her writing, she said that “being Jewish generally makes you already an outsider, so it's kind of just a natural role.”

However, there are many stories about Jews or by Jewish authors that are not focused on the idea of being an outsider.

June Hutton, an instructor at UBC’s Writing Centre, will be at the festival discussing her story, Two-Gun & Sun, about a real Jewish historical character — Morris “Two Gun” Cohen — and his role in the Chinese revolution.

Hutton said, “He was obviously one of those shady characters with a heart of gold."

She discussed how being Jewish was more cultural for Cohen. In fact, her story does not focus on him being Jewish at all, but rather it looks at his role in history and his character. This caused a cultural crossroads that Hutton explores in her book, noting the many different peoples such as Chinese, Native and Jewish peoples who would have lived and coexisted in these frontier lands.

The festival and these authors celebrate everything Jewish. They tell important stories about Jewish people and communities, highlight the work of Jewish authors and give us a picture of the Jewish minority in Canadian history.

The festival is November 21-26. More information is available online.