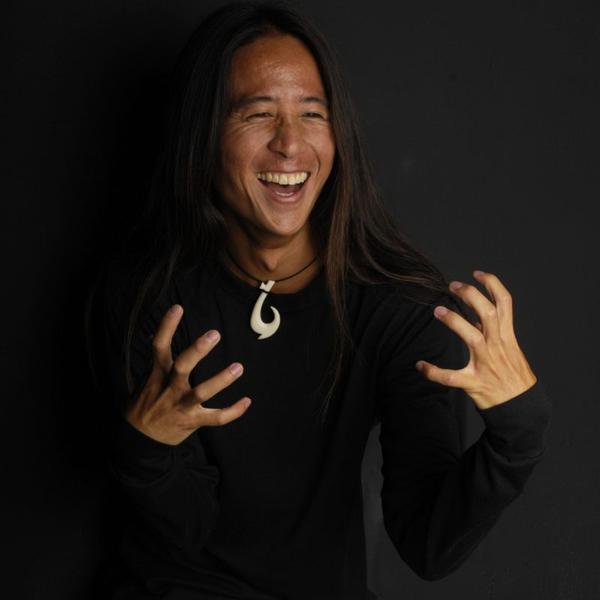 On October 3, the Chan Centre became the venue for a fun and sometimes intensely emotional slam poetry scene. The first half of the show consisted of performances by mitcholos touchie, Santiago Ureña, Ivan Leonce, Valeen Jules and Anjalica Salomon. After the intermission, Kealoha, Hawaii’s poet laureate, performed pieces that covered a range of subjects from evolution to school yard recess to what it means to be Hawaiian in the 21st century.

Before the show, Kealoha promised the audience a poetic journey that takes them through a wide range of emotions and thoughts.

The performance was nothing if not entertaining. It was incredible to watch as Kealoha weaved stories not only with his voice but with his body. What could have been a simple poem about connecting with a young boy at the beach by passing a red kickball back and forth was transformed into a magically immersive experience through his body language and stage presence. Kealoha seemed to materialize on different sides of the stage and while speaking of the young boy, he seemed to physically shrink and become a small child.

Although it seems like Kealoha was born to occupy the stage, he did not always perform professionally. He first graduated from MIT with a degree in nuclear physics and then moved to San Francisco to be a consultant. He was working 10 to 12 hours a day to, as he put it, “help big corporations make more money.”

But this wasn’t what he wanted to do, and he called the decision to pursue poetry as a career one of the single biggest decisions of his life. Even after the radical career change however, Kealoha did not abandon his scientific background. He has written a 90-minute stage play called The Theory of Everything, part of which he performed in Vancouver.

“[The play] uses storytelling and poetry, and dance, and music and visual art to tell a creation story of how we got here, starting from big bang all the way up to now,” he explained. “The inspiration for that was one day I was thinking: one day I might have a kid. This kid is going to ask me where we come from. And for me, I don’t have a specific creation story I subscribe to [that] I could tell him or her. So … that afternoon I started to write [about] where we come from, from a scientific lens, because that’s the one thing I do subscribe to.”

The excerpt Kealoha performed showed the evolutionary process. He seemed to transform into bacteria, dinosaurs, dolphins and everything in between as he used his voice and movements to show how we “broke off from the chain” and formed a new species.

While entertaining, Kealoha also achieved his goal of moving audiences. Especially with his poem “Hawaiian in the 21st century,” which described his struggle with the colonial legacy in Hawaii, he managed to educate and create an emotional response from audiences. His performance, coupled with the performances of the five openers, took the audience on a journey that was equal parts entertaining and moving.