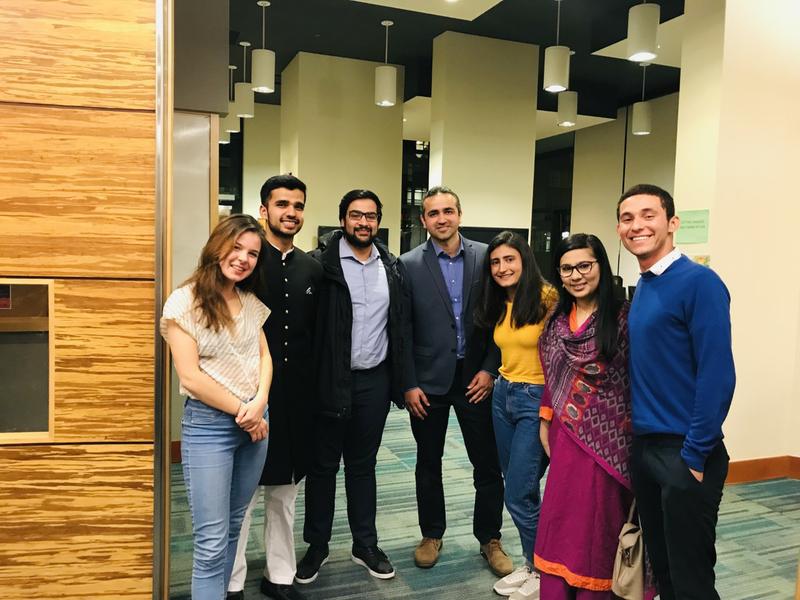 He acknowledged that it is difficult to talk about topics like these, but ensured that he wants to “... create a safe and comfortable space for speakers to talk about their experiences.” Courtesy International Relations Student Association (IRSA)

It has been said that you shouldn’t indulge yourself in a conversation about politics, especially with friends or colleagues. This sort of idea feeds into a narrative that people cannot have normal conversations with each other, even if they agree to disagree. However, first-year student Danilo Angulo Molina, alongside the International Relations Student Association (IRSA), has changed the way politics can be discussed among students.

The “Let’s Talk About” series is a new initiative started by the IRSA and different campus organizations. It aims to give UBC students a platform to talk about international relations and use their experiences to help educate others about countries that have recently or historically been portrayed negatively in the media. They’ve previously held two events covering Palestine and Syria. On the evening of March 20, the IRSA held their third event on the topic of Pakistan.

“Pakistani students should have a voice to talk about what has been happening since 9/11 attacks, and [how] Pakistan suffered a really negative connotation in the media after these attacks,” Angulo Molina said.

However, these conversations aren’t meant to be politically charged. Talking about countries around the world, from Canada to Pakistan, is tricky without getting into the politics of it. But with the “Let’s Talk About” event, Angulo Molina has created a way for UBC students to engage in a conversation where they can educate or be educated about countries around the world.

“We come up with questions in advance, then we send them to our speakers,” he said.

He acknowledged that it is difficult to talk about topics like these, but ensured that he wants to “... create a safe and comfortable space for speakers to talk about their experiences.”

Angulo Molina understands that students may want to talk about politics, and that it’s fine to do so. However, the aim of ‘Let’s Talk About’ is to go beyond what the media creates of other countries, and to engage students in a respectful discussion.

“I feel like ‘Let's Talk About’ … will be a platform for [students] to speak their mind … it is a way to humanize it.”

Danilo Angula Molina has also previously volunteered for The Ubyssey.