The Life of Gwendolyn Brooks fills the Chan with puppets, poetry and passion 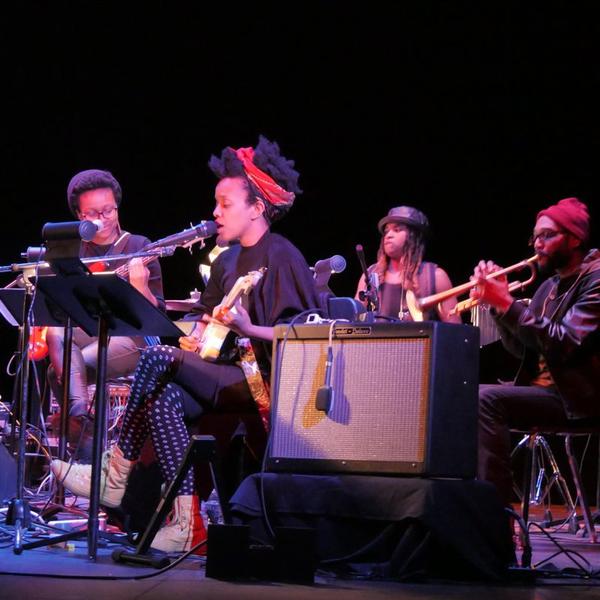 While it was a little difficult to figure out where to look at first — there was a lot going on — it shortly became apparent that that was the beauty of it all. Courtesy UBC Chan Centre

On February 24, the play No Blue Memories: The Life of Gwendolyn Brooks was performed by multimedia troupe Manual Cinema at the Chan Centre. Using puppetry, live music and a projector, the group of performers brought the story of poet Gwendolyn Brooks to life.

Brooks was the first African American to win the Pulitzer Prize, and was not only an artist, but a teacher and activist as well. She dedicated her life to fostering the literary scene in Chicago.

The layers of this multifaceted production did not disappoint. One expression on top of the other, the show became a delicious mixture of poetry, music and history that was so big it was difficult to know where to start. While there was a lot going on, it shortly became apparent that that was the beauty of it all. The live singers, musicians and actors seemed to blend onstage in a harmonious dance that brought the vibrant cut out puppets on the projector screen to life.

Brooks’ words ignited courage in the African American community in Chicago and throughout the United States. It is also through her voice that she soothed their fears with her humility, courage and perseverance and inspired a written history that reflected strength and hope. The actor’s bodies radiated emotion, and the show’s music gave you a glimpse into what it feels to read poetry that frees you when your surroundings cannot.

N. LaQuis Harkins, who played Gwendolyn Brooks, and Rasaan Booker, who played Haki R. Madhubuti, interacted with the audience post-performance during ‘puppet time,’ a segment where the audience could go on stage and meet the puppets and actors. Booker, also a poet from Chicago, explained how the performance came full circle for him, as his mentors Eve L. Ewing and Nate Marshall were the poets who wrote the play. He discussed how it was important to him to enact Brooks’ story through our own actions, and how the troupe itself felt it had the responsibility to tell her story.

Harkins also expressed the importance of accessibility, and creating an environment that can reach as many people as possible. Respecting the legacy of inclusion, freedom and acceptance that Brooks left behind in her words, Harkins also described how the way that her words touched people made them feel like they belonged to something.

It was in these moments of connection, both during the show and after the performance, that Manual Cinema showed the audience that paying respects to someone you admire also means following your dreams with compassion and the courage to create.