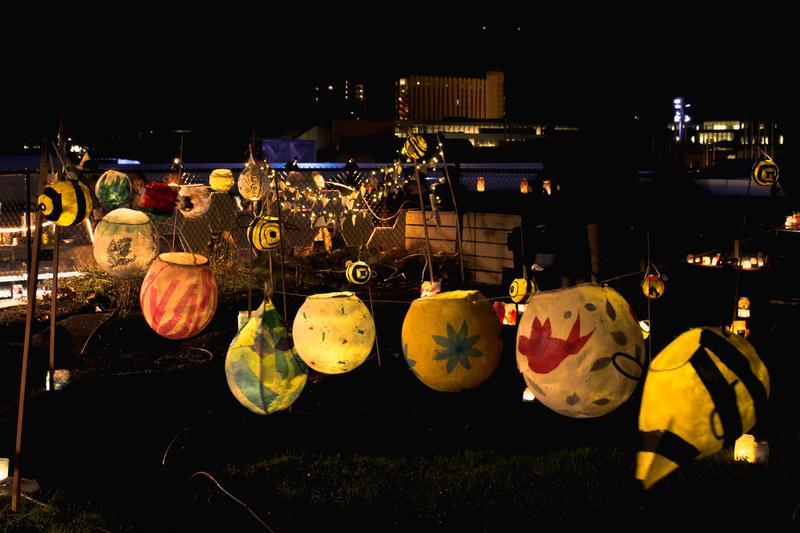 Photo Courtesy Roots on the Roof

My first introduction to Roots on the Roof was through an act of generosity and community-building. I was sitting in Sprouts (75 cent coffee and vegan brownies — don’t sleep on ’em) when a staff member made the announcement that the Roots on the Roof had donated surplus veggies that had just ripened and were there for free, in all their glory. There were layers upon layers of fresh carrots, which to a boy whose only dish requires at least three, was heavenly. In fact, the same act of community-building has been a guiding principle, according to Lucas Chan, president of the club. It's a principle that also informs the upcoming Lights on the Roof event, only the second of its kind.

Speaking with Lucas in his cozy, lantern-strewn office, it’s hard not to gawp at the small revolution that the Roots on the Roof community have been cultivating. The myriad of colour, the mess of memos and workshop sheets turns an office into a forest of creativity and light. He started as an apathetic gardener taking mandatory planting classes, and now he and his fellow committee members have blossomed into a prominent voice of the veggie community at UBC.

People come because they have a relationship with food — a cultural connection, a spiritual connection or an Instagram blog (a religious commitment of a different sense). Lights on the Roof is a natural extension of the grassroots community that Roots on the Roof cultivates. Featuring local interactive art pieces and sharing a space with local musicians — DJ Simok is already booked — as well as activities and, of course, food. The titular lights are beautifully painted lanterns by board members, volunteers, newcomers and the old guard.

It seems that Chan and the rest of the committee for Roots on the Roof want to redefine how the space is seen. They want the space to not just be a gardening space, or a budding ground for aesthetic selfies, or simply a place to hold their excellent salsa tinning workshops in, but all of these at once and more.

Lights on The Roof 2 takes place on the fourth floor rooftop garden of the AMS Nest on December 2, starting at 5 p.m. Attendance is free, featuring DJ Simok and other artists to be announced.