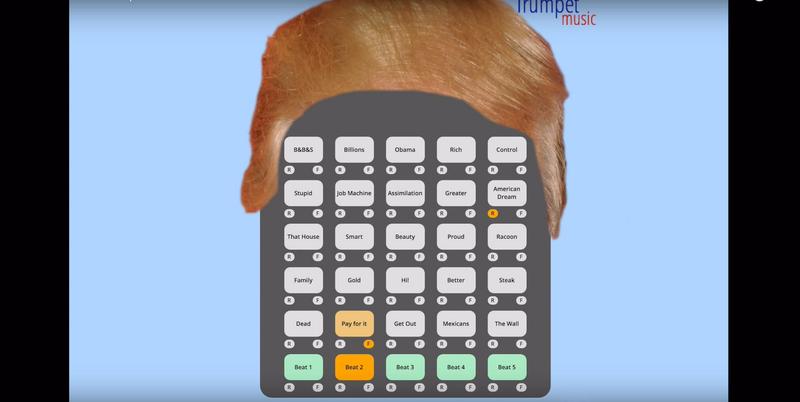 The original idea was to create a "Steven Harp," but the close timing of the Canadian election forced the trio to seek an alternative candidate. Not only does Donald Trump have the perfect last name, he was an infamous figure known for his radical views and his running for the United States President.

“Stephen Harper is a controversial figure in Canada and the same things can be said about Donald Trump,” said Baldursson.

The purpose of their project is not political — The trio did not want to focus on advocating any particular candidate or party. Instead, they wanted to poke fun at the entire United States election using their Scandinavian humour and irony.

“We think that our opinion of Donald Trump doesn't really matter," said Holm. "We didn't want to make a particular political statement by doing this, but more to create awareness and to emphasize the absurdness of this [United States] debate.”

“We were just trying to make something interesting and funny. And I definitely think that came across,” said Baldursson.

You, as a DJ, can create your unique mix of Trump’s iconic quotes with by looping the tracks and adding various effects and beats to make Trump’s voice sound different.

The trio spent hours listening and picking the best Trump statements to include on their Donald Trumpet.

“We try to pick clips that are characteristics of Donald Trump or are funny when they are taken out of their context,” said Holm. "There are plenty of quotes to choose ranging from radical quotes about building a wall between the United States and Mexico, to random quotes like 'strong young man' and 'does my family like me, I think so.'"

The trio spent a month completing their project and Baldursson spent countless late nights listening to Donald Trump, working on debugging the program and making sure the final product is as perfect as possible.

From complete strangers to brunching buddies, the trio have gained more than good marks on their projects. Holm said, “It's been really cool to work on this project that has gone more or less semi-viral.”