Marine Drive will be serving up Canadian rock tonight at GooseHunt 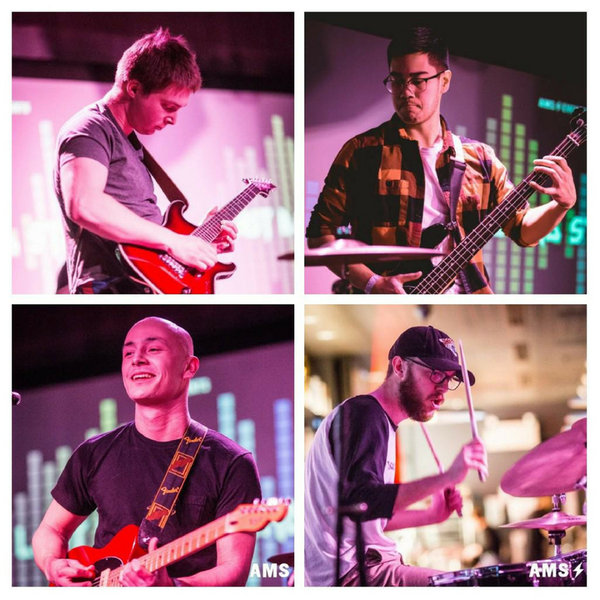 After winning this year’s Last Band Standing and earning a performance slot at Block Party, the four-piece rock band Marine Drive has made a strong reputation for themselves within UBC’s music community.

“We really appreciate and love the people who come to our shows and party with us,” said Christopher Clute, the band’s vocalist and guitarist. “I love creating like a festival vibe if I can. I try to, anyway, and that’s really what we try to do with our live shows.”

Marine Drive describes themselves as a “smooth rock band,” but don’t expect Steely Dan — rather, their music is rooted in the sounds and stylings of the past few decades of modern-rock radio. Their Facebook page lists Red Hot Chili Peppers, Arctic Monkeys, Coldplay and Kings of Leon as influences, but Clute added that everyone in the band has different influences.

“For me, it’s really the Arkells, Billy Talent — a lot of Canadian rock bands that I look up to. And for Jake and John — our drummer and bass player — they’re very into hard rock and very heavy riffs.”

However, the band still manages to maintain a distinct sound. Their song “Land of My Destruction” combines arena rock balladry with soulful vocals and loud, drifting guitars.

Marine Drive used to go by the name CLüTE — in fact, it was under the name CLüTE that they won Last Band Standing — but they decided to change it last week in order to give greater representation to the rest of the band.

“So there was some confusion where people would think, ‘Oh Clute, he’s a really good performer,’ or ‘He’s really good,’ whereas we’re a four-piece band that is collective and we work together to make our music.”

The name “Marine Drive” came out of a name-brainstorming session in their drummer’s basement, where the suggestions turned towards the idea of street names and someone yelled out “Marine Drive.”

With their new name in tow, Marine Drive is ready to show Goosehunt what they can do.

“I love performing,” said Clute. “It’s my favourite thing to do in the world, and I’m really excited for people to see what we’re cooking up.”