Memoir: Despair, hangover and ecstasy during lab life in Singapore 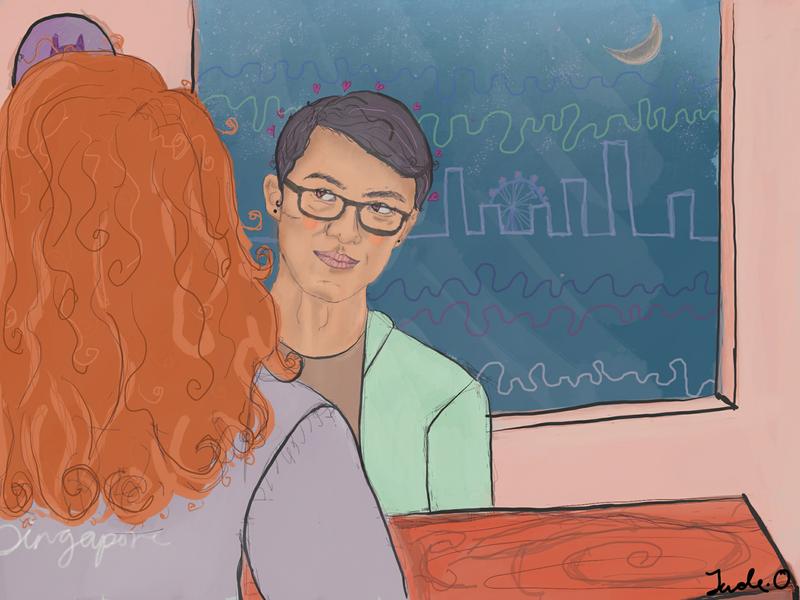 “I love Singapore,” she said one night. We were at this riverside bar at Clarke Quay, nursing gin and tonics and watching the colourful boats drifting by. Jade Olaniyan

“In my lab, we play hard and work harder. Just have fun and you’ll be fine.”

Bill’s office was bigger than my apartment. It overlooked the National University Hospital and, beyond that, the glass jungle of Singapore.

I don’t know what I was thinking when I applied to Bill’s lab. Most likely I wasn’t thinking at all. Where I was that Sunday was either in bed or at the kitchen table, stoned off my gourd and full of Doritos, watching Hearthstone videos on YouTube. I know because that’s what I did every day.

I’d gotten into science co-op a semester and a half earlier and applied for a total of 20 jobs in that time. Most of this was in four days. I’d slouched my way through applications and interviews, hungover and unapologetic. My mentality was that people like me weren’t meant for success — we’re meant to burn out and drop out.

Imagine my face when I got the job. Last May, I moved to Singapore.

“We think SALL4 up-regulates GART expression,” my lab mentor Aisha explained on my first day. “It codes for three separate enzymes in de novo purine synthesis. Your job is to prove this is important for cancer growth.”

She smiled at me. “It’s good we hired a biochem student, this stuff should be second-nature to you!”

I managed a laugh.

I spent the next three weeks reading. I read until my eyes bled. I became a model student. Deep down though, I felt like a poser. What caused this sudden devotion was the intense guilt I felt in this sterile laboratory with its benches of arcane instruments. I was a mediocre student and a subpar researcher. Every minute of my time could have been given to someone more intelligent, disciplined and deserving. I shared these sentiments with my bench mate, Amelia.

“Yeah, I get that too,” she smiled. “But remember, we’re undergrads. Just do your best, because that’s all that’s expected of you.”

Amelia was a student intern like me, though her contract was for three months, not eight. We kept talking and eventually left together at six, passing Aisha who still laboured at her bench.

As the weeks wore on, experiments began to bloom and wither. I was bad at everything — especially tissue culture, contaminating plates or letting them grow over-confluent. I’d vent at Amelia and she’d retaliate with tales of her latest Western blotting disaster. We learned and struggled together, and as the work days grew longer and more involved, we became closer.

Pasta and pizzas were delivered and snuck into conference rooms at two a.m., Disney films were streamed between incubations. Life was fast, busy and beautiful.

“I love Singapore,” she said one night. We were at this riverside bar at Clarke Quay, nursing gin and tonics and watching the colourful boats drifting by. “You can’t get this back in North Dakota.”

“All of this. The diversity. The food. How big everything is. Honestly, I still can’t believe I’m here. How can I go back to America after this?”

The stars were out, the air was cool. Pink and blue light played across our table and skin. It would have been so easy to lean over and kiss her. But I didn’t.

Our workdays swelled to accommodate deadlines. We both clocked hundred-hour workweeks in the scramble for last-minute results in preparation for presentations.

“…and so, we hypothesize that SALL4 up-regulates purine salvage while down-regulating de novo synthesis. Are there any questions?” My stomach churned, waiting for professors to tear my research apart.

“Yes, I have a question.” The voice, crackling through Skype, was attached to a Harvard professor. “It’s really simple, I’m sure you can answer this. How are you actually going to measure nucleotide export from cells?”

My stomach ate itself. Somehow, in all the weeks of preparation, the topic never came up. I looked urgently to Aisha but she seemed just as clueless.

“…That’s one of the things we’ll be working on. Any other questions?”

We gathered at Holland Village later that night to celebrate our mixed successes. Amelia brought her friend Zack, the head of mouse work on the floor above us. He was also much hotter than me. I decided I didn’t like Zack.

The night passed too quickly and like a blur. I don’t remember much, and what I do remember involved shots of black absinthe. “Amelia!” Zack shouted, and I winced. “I’m getting popiah next week with a few friends. You must come!” He looked back at me. “You’re invited too.”

“I wish I could! But I can’t, I’m flying back to America on Sunday,” said Amelia. The fact lent the evening a bittersweet tone. Thus, the drinking.

The night ended at three, on the steps to her apartment. We hugged and said goodbye. I got into the taxi alone and looked out at her as I was driven away into the night. She disappeared slowly out of sight, I never saw her again.

When Amelia left, she took part of me with her. By the end of the first week without her, for the first time in the three months I’d worked there, I was exhausted. The long days finally felt long. But the guilt remained. Even after all this time, I still felt stupid and lazy. I forced myself to stay later and later, punishment for what I perceived as weakness. 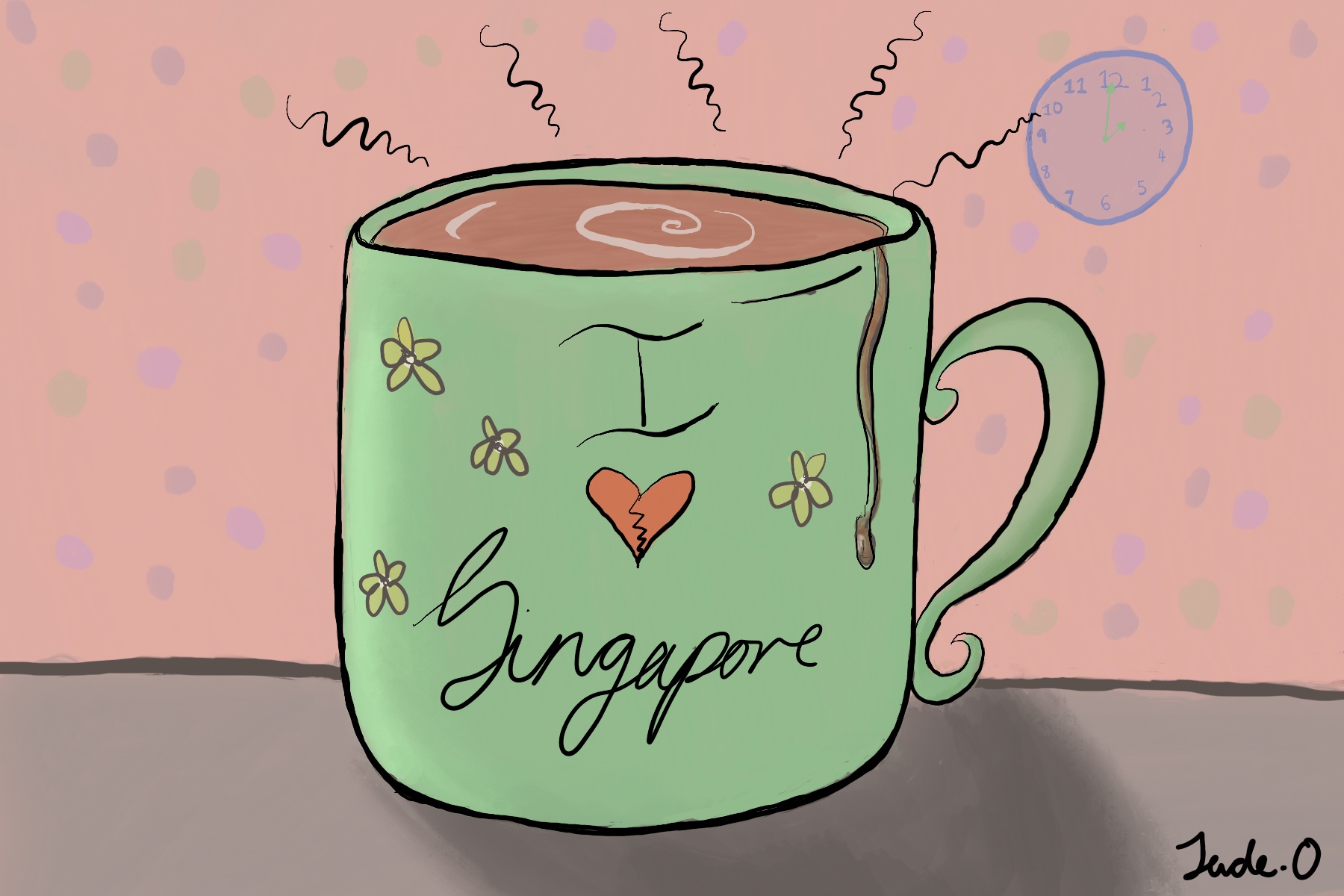 I was heading home at eleven one night when I met Bill in the metro.

“Oh, you know. Too busy, not productive.” He flashed me a weary smile. “Same old.”

Most days, Bill was unapproachable. He was terrifying during meetings and stalked through his lab like a starved coyote. But that night, he didn’t look like the giant he was. He looked like a tired old man.

“Let me give you a little advice,” he said as we stepped onto the train. “There are only three things you need to succeed in science: heart, head, hands. You know what that means?”

I shook my head no.

“Hands are your technical skills,” he continued, “pipetting, cell culture, the basics. Necessary, but not crucial. What’s more important is the stuff in your head. Your ideas, the planning behind the science. That’s the good stuff.”

Bill locked eyes with me. “But none of that means shit without heart. Passion. To succeed in science, you must love it unconditionally. Because you sure aren’t doing this for the money.” He groaned as he got to his feet. “Think about that. Have a good night.”

I saw Bill three more times on the metro, always at eleven. He looked like he did when I first stepped into his office, but the glamour was gone. He no longer looked invincible. He looked old and very tired.

That’s when I realized my heart was gone. I didn’t love science, I stayed for Amelia.

I wish I could say, like a coming-of-age novel, I returned from Singapore stronger and better than before. But in the end, Singapore broke me. I came out the other side not victorious but bruised and humiliated.

I arrived in Vancouver the night before Christmas Eve. I’d forgotten how cold it was, how small the buildings were. As I lugged my suitcase across slick streets, rain began to fall. It wasn’t the artillery I’d learned to fear in Singapore, but the drizzle of Vancouver. And for a moment, the sun peaked out from behind a cloud and suspended every raindrop in cool light.

I smiled, because I was home.