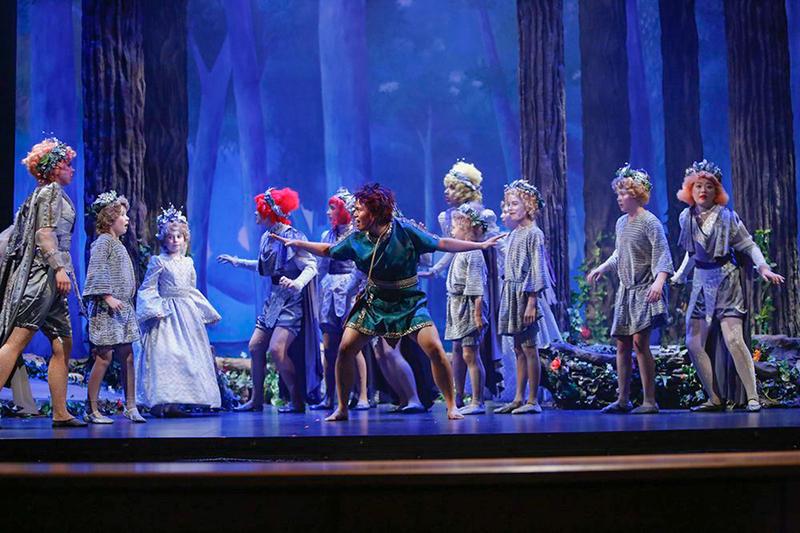 The year was 1960. Elvis Presley returned to Hollywood for the first time since coming home from Germany to film G.I. Blues. The Beatles played their first ever tour as backup for Johnny Gentle on a tour of Scotland. Édith Piaf's recording of "Non, Je Ne Regrette Rien" is released in France. Benjamin Britten wrote his opera libretto A Midsummer Night’s Dream with his partner Peter Pears.

UBC Opera’s production was a stunning affair, featuring a beautiful forest backdrop painted by students from the University of Montana. The rest of the set — a series of floral-adorned trees and branches were constructed by the performers themselves.

Stylistically of Britten, the sound-world is not strikingly dissonant but full of subtle atmospheric harmonies and tone painting. Unusually, the lead male role of Oberon is composed for a countertenor voice, played ethereally by Darin Grant in a tall blue wig. His aria “I Know a Bank” was a notable highlight of the production, leaving audience members in awe. Certainly, Grant was one of the standouts of the production.

The libretto was close to Shakespeare’s original text, with recognizable speeches played out in aria or chorus settings. Isabella Halladay as Helena delivered the character’s famous “spaniel” scene relentlessly pitifully, proving her acting skills were just as strong as her vocal talent.

Scott Brooks was a wonderful Bottom — a juicy, obnoxious attention-stealer in the most adorable manner. His voice was never overshadowed by his exaggerated movement, even when sporting an enormous donkey head in the second act.

Another notable mention must go to Liam Robertson as Snug the Joiner, whose timid character was hilarious in every stuttering solo line.

The production was traditional in appearance, but by no means did that mean it was boring. To the contrary, the fairy-chorus, including a cast of seven children, were nimble and ethereal in both voice and movement, and the principals were sound both vocally and in their character performances.

With such a beautiful score played by the Vancouver Opera Orchestra, the performance could not fail to amuse and move its audience.