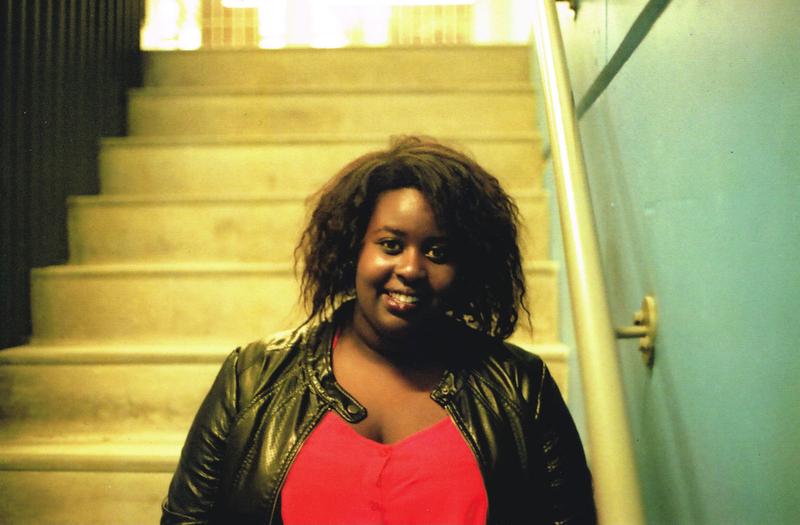 Missy D is multilingual – in French, English and performance.

“Give me a microphone and I’m in my happy zone,” is no ordinary phrase to hear. It only proves that Missy D is no ordinary girl. Hip-Hop and rap artist, femcee, singer, songwriter, slam poet, member of UBC’s Laydy Jams and combined major in sciences – this is Missy D.

Diane Mutabaruka, also known as Missy D, is a vibrant mix of cultures, languages and interests. Growing up in Zimbabwe she is of Rwandan and Cote d’Ivoire origin. Bilingual in English and French, she draws her inspiration from classics like Jean de La Fontaine and Nina Simone as well as from contemporaries like Missy Elliot and J. Cole. She has performed on various stages like UBC Totem's got Talent, Imagine Day Pep Rallies, UBC Alumni Achievement Awards and the Chancellor's lunch reception. She has also worked on multiple occasions with BVP, AMS, The Calendar and 200 BPM.

“Name a place downtown and we’ve performed there,” said Mutabaruka about her work with the Laydy Jams.

Mutabaruka's relationship with music began early in life. Coming from a musical household, she always loved music. Mutabaruka, who was starting to write poetry, fell in love with hip-hop. When the first performance came along the same year, she also realized her love for performing.

“That was exactly what I wanted to do … there was no stage fright, I felt the microphone was my friend,” she said.

Along the way, music has shaped Mutabaruka's life. Hip-hop helped her overcome the insecurities of transitioning between languages and changing schools as well as finding herself in university. Coming to UBC and leaving home for the first time, she knew that “either [she] was going to be somebody or [she] was going to be somebody in the crowd.” Even when she tried being someone else, music would alway catch up with her.

Graduating in May 2015 on a temporary break from the Laydy Jams, Mutabaruka was starting a new chapter in her life.

“I felt so much pain … and since music has always been my therapy, I started writing.”

As a result, she ended up recording her debut single entitled Too Many Feelings.

“This song was what I needed to hear at the time and it helped me a lot,” said Mutabaruka. "I thought my music could help someone else and I knew that I needed to put the album out.”

Describing her style as “uplifting rap and soul," Mutabaruka puts her heart and feelings into her songs. She wants her music to speak from an “I” perspective and to be relatable to the audience.

Her debut album will be entitled When Music Hits You, You Feel No Pain which reflects on Mutabaruka's relationship with music.

Keeping her mind open, Mutabaruka is just at the very beginning of this chapter in her life. With a fundraiser campaign for the album on October 10, she is planning to release an EP first and have her first full album by the end of 2016.

Mutabaruka's music can be found on SoundCloud.