VIFF: Moonlight is a powerful meditation on identity and adolescence 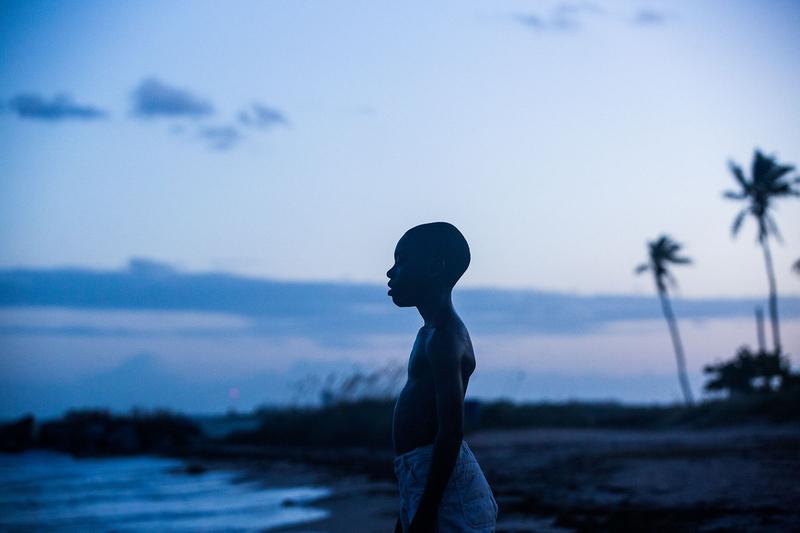 Shot in a blue tint – both boys softly gleaming in the light – the moment is electric and plot-defining. Photo courtesy VIFF

Moonlight hurts and it shines. Writer/director Barry Jenkins’ second feature details the life of Chiron, a young man searching for identity over the course of three distinct acts — “Little”, “Chiron” and “Black”. As painfully insightful into what it is to be black and gay in North America as it is about the anxieties of adolescence, Jenkins’ film is a remarkable exercise in empathy that resonates in more ways than one.

Connected through a series of vignettes, Jenkins suggestively chronicles Chiron’s childhood, adolescence and young adult life with understanding and care. Audiences observe how Chiron becomes Chiron less by clear-cut example and more by indication, demonstrating Jenkins' powerful grasp on the subtlety required in such layered storytelling. For instance, we meet Chiron’s mother (Naomi Harris) only a handful of times throughout Moonlight’s 110 minutes, but Jenkins deftly communicates the impact her absence has because we innately feel the lack of her. Chiron never states that he has an abusive or absentee mother, but the traces she leaves on him during the film's duration still make this clear.

Moonlight has little fat. Because it must tell a cohesive story spanning 20 years in under two hours, Jenkins strings scenes together by theme in order to avoid to a padded out running time. Moonlight jumps months ahead within each act and Jenkins, paired with editors Nat Sanders and Joi McMillon, effortlessly finds a structural rhythm. The result is a film that organically builds climaxes that subtly but effectively indicate their effect on Chiron’s life and personality — serving character and theme in one. In minutes, Moonlight can leap comfortably from Chiron’s first introduction, to father figure Juan (Mahershala Ali), to a scene in which he comfortably eats a meal at their house as if it is routine — treating Juan and his girlfriend, Paula (Janelle Monáe), like surrogate parents.

A scene on an empty beach under the moon’s soft glow illuminates the film’s technical mastery. It is a pivotal scene and is shot accordingly, with Jeremy Laxton’s lyrical photography warmly caressing a wrenching, scary and exhilarating moment between Chiron and Kevin (Jharrel Jerome). The way in which Laxton and Jenkins capture the fear between Chiron and Kevin as they share a tender, intimate moment displays the empathy with which Jenkins views his lost, searching young characters — the camera often an extension of his layered understanding of the struggle for identity. Shot in a blue tint — both boys softly gleaming in the light — the moment is electric and plot-defining.

Attention must be paid to the incredible performances by Jenkins' cast. None of the three actors cast to play Chiron in each act of the film (Alex Hibbert as Little, Ashton Sanders as Chiron, and Trevante Rhodesas Black) look alike, which ends up serving the work well. Each iteration of Chiron is different, both literally and physically, with only trickles of our first exposure to him in “Little” visible by the time we reach “Black”.

Special attention must be paid to Trevante Rhodes, who communicates 20 years of abuse, struggle and resilience with a flicker of his eye. Harris, who has little screen time, never trapezes into the well-worn stereotypes of absentee motherhood, and deepens her character whenever on screen. Each performance reveals one of Moonlight's greatest traits — that in spite of shaky moral characteristics, Jenkins never judges his characters — an approach that importantly humanizes the traumatic burdens of each character.

With Moonlight, Jenkins has triumphantly crafted a tender and immediate film. Chiron’s struggle for self is laced with light and dark, with the line between melancholic and hopeful often blurred. Chiron aches as his search for identity surfs across the overlapping, crashing tides of black masculinity and queerness — as do we. Though the quest for personhood is often a fraught experience, the optimism and warmth with which Jenkins imbues Chiron's is beautifully, agonizingly human.