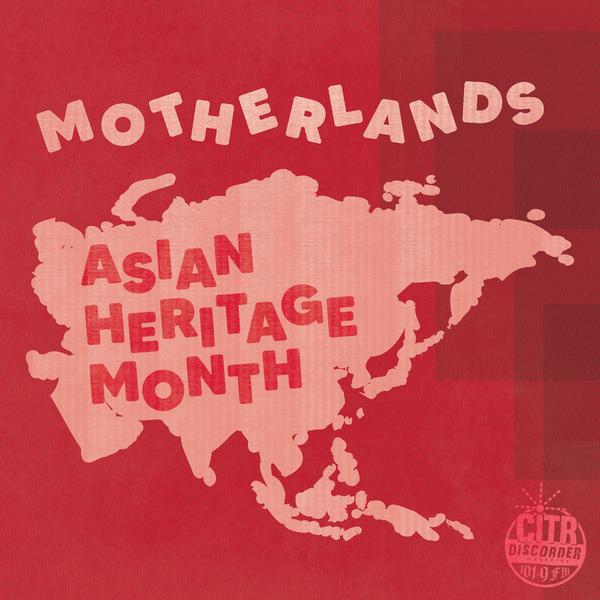 Motherlands does not aim to be a comprehensive overview of Asian-Canadian history, but a collection of highly individualized snapshots from the community’s experiences. Courtesy of CiTR

First-year arts student Isa You has grappled with what it means to be Asian-Canadian for much of their life: what that label means, and what role the identity should play in their interactions with the world.

It took much of You’s life to come to terms with the different facets of their identity. This ongoing conversation about home and belonging — one shared by many Asians and Asian-Canadians in the UBC community — has been encapsulated in Motherlands, a podcast series for CiTR’s special programming during Asian Heritage Month.

“The idea of the motherland is really interesting, specifically [asking]: how do I reconcile being a Canadian with being Chinese?” said You. “And for a lot of people who might be second-generation or even immigrants, where is their motherland?”

The first two episodes have been crafted with a keen awareness of legacies, both paying homage to heritage and serving as a present-day contribution to its documentation. “Histories” and “Sounds from Home,” celebrate the contributions and memories of the Asian-Canadian community, from UBC’s Chung collection — a collection of over 25,000 artefacts related to Chinese and Asian-Canadian history at UBC — to conversations between members of Vancouver’s Asian Heritage Month Society.

You wrote their own story for the podcast: a recollection of their childhood winters in their grandparents’ house in Suzhou, China. The narrative walk through these memories captures an intensely personal atmosphere, mimicking moments and feelings in family history. It’s a complicated story, told with a mixture of reverence and grief.

“None of the audio I use is actually from the place I describe,” You says in the episode, explaining that their grandparents’ house had been torn down in 2016. “All I can think about is how when you access a memory, it’s no longer the same. And in trying to recreate the memory ... I’m corrupting my own memories of being there.”

The broadcast seems to have also served as a way to heal from these conflicts. After the podcast aired, You began to see the piece differently.

“Being able to make a piece [on the house] is also protecting that memory, and taking it out and making something out of it.”

In a similar vein, fourth-year media studies student Rachel Lau pieced together a collection of “diasporic field notes” from their 2018 move to Hong Kong. The story integrates voice memos recorded sporadically throughout their time in the city and serves as a private testament to the essence of their life there.

“A real ‘Aha!’ moment came to me when I listened through all of the sounds again, and I finally realized the kinds of things that I was paying attention to. The kinds of things I wanted to remember,” Lau said. “And a lot of that has to do with traffic — it has to do with the ambient noise of people on the streets or being in public transit. The voice messages I sent to my aunties, sharing food and sharing stories.”

Other stories recall a more bittersweet legacy. Journalism student Akshay Kulkarni reported on Vancouver’s Punjabi Market for Motherlands and the dangers gentrification has posed to a once-vibrant cultural community. Exploring threats to the largest South Asian market outside South Asia and the fight for its preservation, his piece considers the cultural impact of the Punjabi Market on past and present Indo-Canadians. It also maps out a tentatively hopeful future for the market’s artistic revival.

The pieces vary vastly in tone, context and experience; Motherlands does not aim to be a comprehensive overview of Asian-Canadian history, but a collection of highly individualized snapshots from the community’s experiences.

“I don’t want to pretend that I’m telling a holistic Asian story,” said You. “This is more of a platform for people to talk about their own heritage, to express themselves and to give them an opportunity and an audience.”

For You, the stories being told are especially important now, in the midst of COVID-19 and its profound impact on Asians in the Western world.

“Motherlands is being produced in a time where being Asian is really difficult, especially with sinophobia and anti-Asian racism that’s going on. So I see a value in producing this kind of content for people to share their own heritage.”

Isa You is a contributor to The Ubyssey.