What does it take to make an announcement in the Nest? 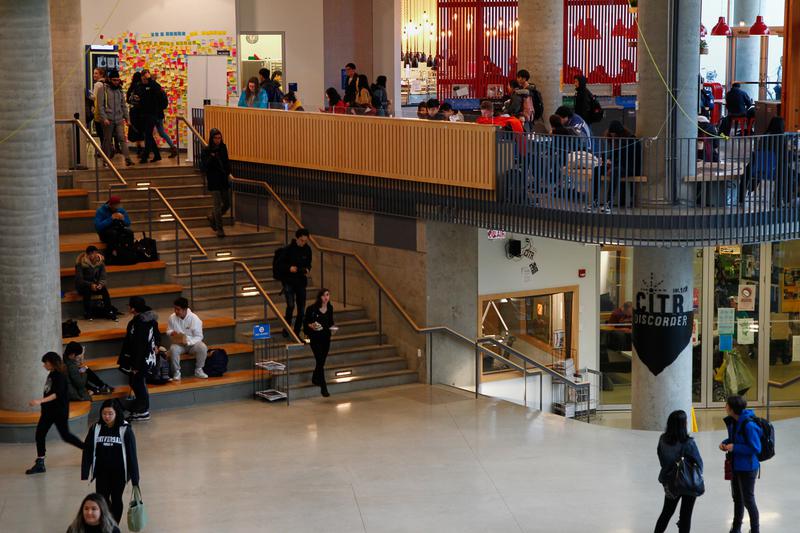 “Do we have guidelines for when we post on Facebook?” Evans added, to convey the announcements are meant to be light-hearted (well, unless they’re about emergencies) and don’t have a developed framework. Elizabeth Wang

Everybody goes to the Nest for all kinds of reasons all the time, but did you know there’s a Public Announcement (PA) system in the building? Probably a huge surprise even for those who spend a large fraction of their waking hours doing WeBWorK in the Nest. You might’ve just discovered its existence recently when no less than four announcements were made in a single day, or maybe you thought that was your guardian angel. Either way, we spoke to AMS VP Administration Cole Evans to find out more on the system!

An announcement is set in motion by either the AMS president, VP administration — Evans himself — or the managing director. Then, a script is written and sometimes even a special voice is selected to achieve the right intonation. Announcements are mostly up to the discretion of the AMS team, “for whenever [they] feel like [they] need to use the PA System,” described Evans. For instance, they saw a benefit in announcing that voting in the federal election was open — to encourage students to go vote.

“Do we have guidelines for when we post on Facebook?” Evans added, to convey the announcements are meant to be light-hearted (well, unless they’re about emergencies) and don’t have a developed framework.

The PA system has two access points — one in the building operations office (near Blue Chip), and one up in the AMS main offices. Announcements are very rare. While the team does have the ability to advertise events and happenings, it’s also something that “[they] don’t want to over-abuse,’’ said Evans, since it’s easy for them to be reduced to a mere nuisance — similar to airports which we all love. While the ideal time would be when the Nest is busiest — 11 a.m. to 3 p.m. — you can still expect to hear one at any time.

For anyone who’d like to experience the complete glory of the PA system, the building closure announcements happen daily at around 11 p.m. or 12 a.m. for Pit Nights. Otherwise, you can only hope to be blessed with a day announcement, which now you know, don’t happen without a good reason!