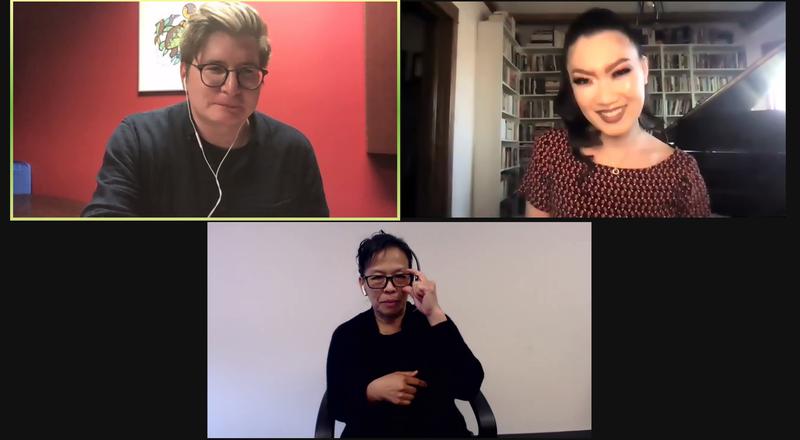 Part of what made the idea of writing a memoir intimidating was that memoirs were marketed towards white women readers. Kaila Johnson

On May 27, UBC’s Equity & Inclusion Office hosted a virtual conversation with Dr. Jenny Heijun Wills in partnership with the faculty of arts and the Provost’s Office. The event centered on discussing Wills’ award-winning memoir Older Sister, not Necessarily Related — a book about transracial adoption, gender and ethnic complexities.

Dean of the Faculty of Arts, Gage Averill, started the event by introducing the two speakers: Dr. Dallas Hunt and Dr. Jenny Heijun Wills. Hunt is an assistant professor in the English department at UBC and has published both creative and scholarly work. He is Cree and a member of Swan River First Nation, a territory in Northern Alberta. Wills is a creative writing and English literature professor at the University of Winnipeg.

This book was an accident

Wills said she was initially intimidated by the idea of writing a memoir. She was supposed to be working on a scholarly monograph when the writing process began for her memoir.

“Instead, these sort of memories emerged and they came in the form of reflective prose poems and they started to look more like a text,” said Wills. “My solution at that time was to collect those prose poems into a novel.”

According to Wills, part of what made the idea of writing a memoir intimidating was that memoirs were marketed towards white women readers. To navigate this, she used letters addressed to an imagined receiver to discuss political topics and provide the reader with a critical, personal view into the current systems.

“On the one hand, mainstream white readership wants to see BIPOC suffering on the page,” said Wills, “But the other way, the liberal sentimentalist white reader wants to be educated by marginalized speakers at the very least, including in creative nonfiction or life-writing.”

Wills had done critical studies in adoption prior to writing this novel and refers to an “adoption industry” within the structural issues at play in the novel. She pulled from her scholarly research when working on this memoir. For instance, she used vocabulary and themes that were common to texts within critical adoption studies.

“I really was trying to be cautious about not writing a scholarly sounding memoir, not just because it feels a little bit disingenuous,” said Wills. “I wanted to write something that felt poetical and that felt a little bit closer to me.”

Wills mentions a research-heavy passage that touches on the deportation of so called undocumented transnational adoptees.

“It was so important to have all of those facts because this is also the only section that's about, specifically an adoptee who isn't me and it's about a serious political situation,” said Wills.

“I wanted to have that sort of playful, glib rhyme scheme in there, as well as an ironic piece to [show] how little is considered of the very serious and devastating antecedents to some of these conditions.”

The concept of kinship is explored in Wills novel, and when asked her thoughts on the concept, she replied, “The way kinship was always presented to me was contradictory and paradoxical, and I was able to see that from a very young age.”

“Kinship is used as a weapon, particularly in communities of colour and immigrant communities,” Wills said.

Both Hunt and Wills spoke about cross-cultural adoption. Hunt mentioned the history of Indigenous peoples in Canada and the harmful impact of the apprehension of Indigenous children. Wills highlighted how systems are set up to dismiss kinship that doesn’t align with white supremacy.

“There are always narratives that centre a white, colonial approach to kinship and parenting, and it's in the name of those narratives that reproductive justice post-birth is not happening,” said Wills.

Wills ended the discussion by answering a question from the audience that asked how she defines “home.”

“I'm still unsure what home means, maybe even more so now than when I was going through those experiences,” said Wills, “I thought those answers were going to be in Korea, but I was mistaken.”