Phở: A taste of home 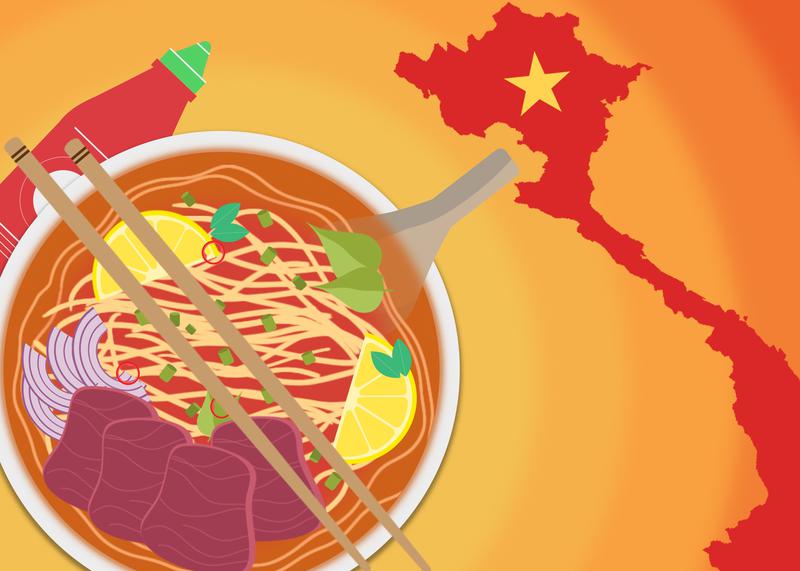 Comprised of a rich broth, rice noodles, meat and fresh garnish, phở is a long-established staple of Vietnamese cuisine. As the noodle soup that every Vietnamese kid was raised on, it’s only fitting that it is the national dish of Vietnam.

The pronunciation is actually not too difficult to pick up. It is commonly pronounced as “fuh” for simplicity, but here’s the twist: it’s pronounced as if you’re asking a question, with a slightly raised intonation. So, instead of “fuh” or “foe”, it is pronounced as “fuh?”, similar to as if you were to ask “huh?”

Growing up, this dish was a prominent part of my life. My childhood was marked by the unmistakable aroma of phở wafting in from the kitchen. The simplicity of its preparation, in tandem with its warmth and distinct flavour, easily made it a family favourite. There’s just something about it that makes it the kind of dish that you’ll never grow tired of.

Instead of “Chicken Soup for the Soul,” I grew up knowing only phở for the soul. In my household, it was the dish for every occasion; its flavours could be adjusted and changed significantly depending on the protein or garnish used. Whether someone was down with a cold, celebrating a birthday, or simply in need of a comfort food, without fail, phở would often find its place on our dining table.

Just a broth away

In addition to Vietnamese households, phở can be commonly found in restaurants and among street vendors in Vietnam. The popularity of phở and Vietnamese cuisine has made its way across the world, so you can most likely find this dish in local restaurants.

The specific types of phở can vary greatly: from beef, to sour, to seafood phở. The one that I will be showing you today is the classic “phở gà,” which is essentially just chicken phở. Of all the types to make, this is one of the simplest and can easily be made at home with minimal ingredients and preparation.

1. In a medium sized pot, add in water and chicken bones (carcass), and bring to a boil.

2. Boil on high heat, while continuously skimming the foam from the surface until the broth is clear.

3. When clear, reduce heat to simmer for about 1 hour.

4. While simmering the broth, char the onions and ginger. This can be done by placing it directly on the surface of an electric stove on high heat. Use tongs to occasionally turn the onion and ginger, in order to char on all sides.

5. When charred, take them off the heat and let cool.

6. Rinse the cooled onions and ginger under warm water while rubbing off any excess charred skin. Cut the ginger in half, lengthwise.

7. After 1 hour of simmering, add the charred onions and ginger to the broth, and continue to simmer for about 1 more hour.

8. After another hour, add seasoning (salt, sugar, and fish sauce) to taste.

9. After around 15 minutes, begin adding the chicken breasts and thighs into the broth.

10. Simmer the chicken until you can poke a fork through it easily, and until no pink juices come out. Depending on the size of the pieces of chicken, this could take between 15-30 minutes.

11. Take out the chicken when fully cooked, and let rest for 5-10 minutes, slicing it into desired cuts afterwards.

12. Bring a separate pot of water to a boil, adding salt.

13. Once boiled, completely submerge rice noodles into the water and stir consistently in order to separate the noodles.

14. Turn off the stove and cover with lid for 5 minutes.

15. After 5 minutes, drain the noodles and rinse with cold water in order to stop the cooking and separate the noodles.

16. Assemble warm noodles and chicken into a bowl, and ladle the broth over.

17. Top with garnishes of your choice, and you’re done— enjoy!