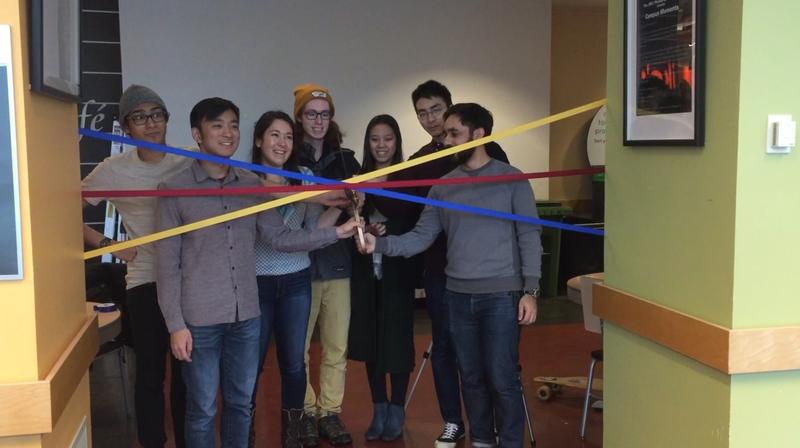 As part of their efforts to breathe life back into one of the oldest AMS clubs on campus, the UBC Photographic Society (PhotoSoc) recently opened its inaugural members’ gallery in Ike’s Café at Irving K. Barber. Showcasing the diverse array of work by PhotoSoc members, the gallery holds the first installation of photographs by the society since 2010, a proud turning point for the club.

It was only a few years ago that the club was decommissioned. For the past two years, the PhotoSoc executive team has worked to build upon the foundation from the previous team, piecing together the remains of the club's legacy to create a network of students interested in photography.

James Wong is one of the co-president of PhotoSoc. “It’s taken quite some time and effort to really get things together. It’s like starting over again really. Now we are catering to a greater variety of photographers. A few years ago, it was more catered to film, but we now welcome all types of photographers from beginners to intermediate to more advanced people,” said Wong.

In celebration of UBC's centennial, the executive team decided to make the gallery UBC themed, ensuring that the gallery was as open to members of the UBC community.

Yet the process of planning the gallery, undertaking the set-up and navigating UBC’s bureaucratic structure proved to be more arduous than the newly restructured club had anticipated.

“At the start of first term and throughout, there were definitely a lot of meetings and emails —so meeting with a lot of staff in Irving K Barber, mostly behind the scenes work,” said Samantha Jung, vice-president external of PhotoSoc. “Second term was when other photo executives got together and actually started to put together the gallery. We had to acquire all of our supplies and all the frames, get the printing of the photos done, get the photos cleared by UBC Public Affairs and actually put everything up.”

To commemorate the opening of the gallery, the PhotoSoc team held a ribbon cutting ceremony for the executive team, club members and the general public.

“It was such a proud milestone for the club and members because we were able to display members’ work in a public space. It was just amazing seeing the looks on [the members’] faces — their happiness and their pride — when they saw their work on the wall,” said Jung.

In addition to the gallery, the PhotoSoc executive team is also launching a number of workshops and events this term to improve the photographic skills of club members and to unify the photo community at UBC. As part of its Facebook page, the team holds weekly photo contests and showcases its photowalk events and technical workshops for all levels.

The team is also continuing its successful volunteer photographer program — first piloted in December 2015 — where a dedicated group of photographers interested in gaining event photography experience are deployed to events by other clubs on campus.

Josh Lee is another co-president of PhotoSoc. “I think one of our initial visions for how to restart PhotoSoc was in a large part to create an environment where people can approach photography ... be able to learn from each other, discover new things and be excited about photography. We also want to inspire people to go out and take more photos and highlight that we do have amazing artists on campus, which can often be forgotten,” said Lee.