Pictures in Protest asks its audience for a nuanced perspective 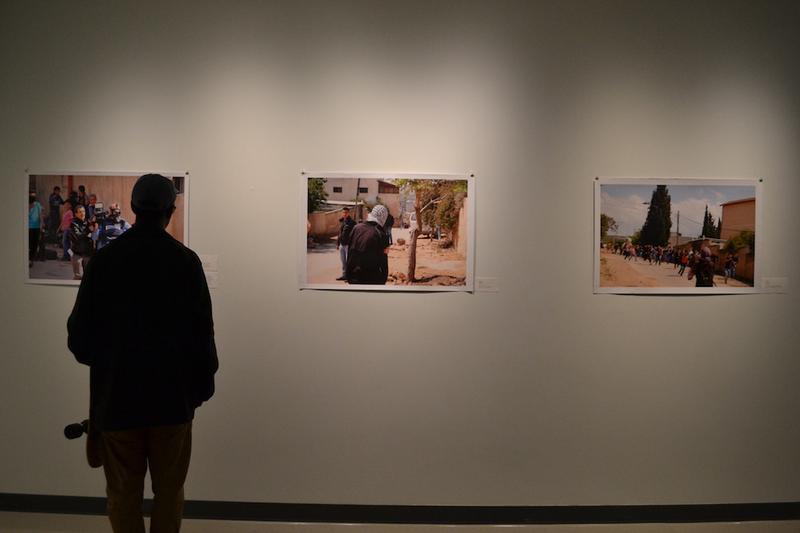 This past week saw the opening reception of Pictures in Protest at the Hatch Gallery, a collection of photographic works by UBC alumna Zoe Hertz during her time spent in the Palestinian West Bank in 2017. The exhibit features a collection of photographs, videos and statements from Palestinians who Hertz interacted with after an exchange at Tel Aviv University turned into an extended sojourn into occupied territory. President of the UBC organization Solidarity for Palestinian Human Rights Laith Fraijat also spoke and facilitated discussion at the reception.

Reading the long-form statements alongside the photographs of those interviewed is enough to make the viewer feel as though they have been taken from the room itself, with stories of life under occupation told in vivid, unaltered detail. A short video loop juxtaposes imagery of everyday life in the West Bank with footage from small protests that were witnessed by Hertz herself. The end of the exhibit asks viewers to anonymously share any sensitive questions or concerns about the exhibit, which would then be used by Palestinian researchers conducting a study on perspectives of the current situation.

As with any exhibit that discusses this topic, concerns were raised at the event about tensions that could arise. Regarding the subject matter, Hatch Gallery director and manager Maxim Greer said “some would say it’s controversial, I would say challenging. It asks you to look at it from a nuanced perspective rather than pitting a state against a state or a people against a people.” Attendees and organizers repeated these same sentiments throughout the evening; that the show was about creating dialogue, not attacking a state. The stories used focused on the everyday lives of Palestinians under occupation, and their dreams and aspirations that extended beyond their everyday realities.

The exhibit accomplishes what it seeks to and leaves the viewer with more questions than answers. That is a good thing; a casual observer without a strong understanding of the situation in Palestine should seek to learn more, while anyone who prefers to address it politically should appreciate the different viewpoints that on-the-ground statements provide. Hopefully this storytelling through art can help on-campus dialogue about Palestine rather than hinder it.