At UBC, DJs, musicians and performers have had to adjust to a life without live-music venues and clubs. For some, performing was their main source of income.

Clubs and music venues were among the first to go.

When COVID-19 exploded in Canada this March, the world shut down in what felt like a split second. But now, four months later, restaurants are opening up seating, people are allowed to expand their bubbles and businesses are starting to reopen.

For clubs and music venues, it’s been a different story. While some are starting to reopen, they’re operating at nowhere close to normal capacity.

At UBC, DJs, musicians and performers have had to adjust to a life without live-music venues and clubs. For some, performing was their main source of income. 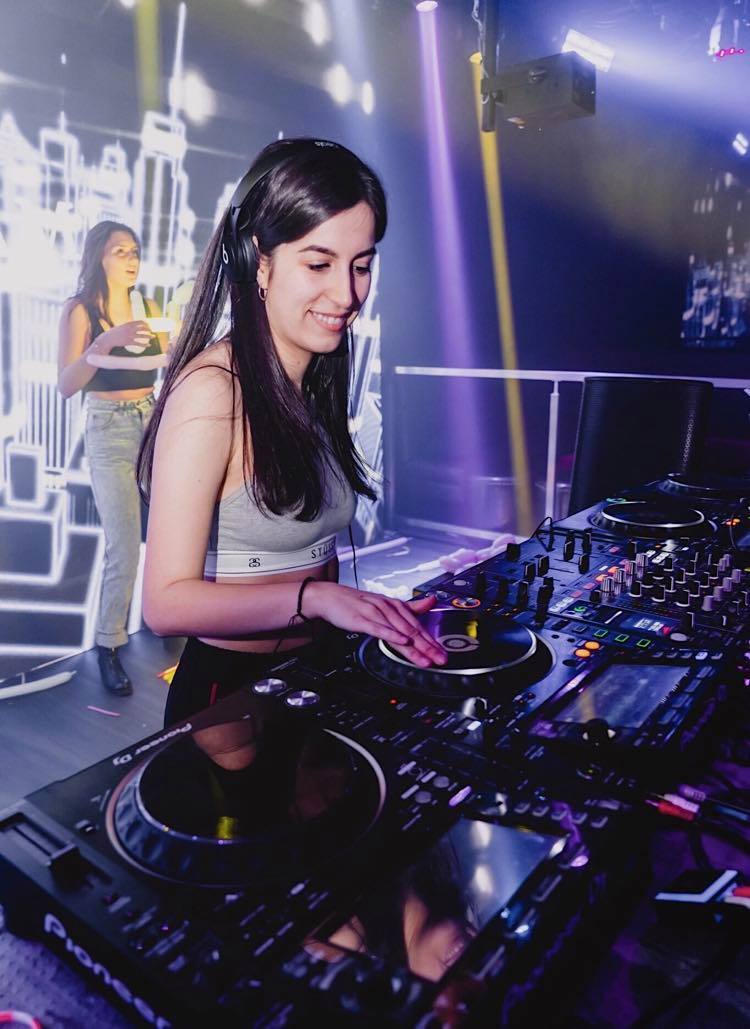 Stephanie Tsamis, who performs as DJ Tsunami, graduated from UBC last year with an education degree. She works at Yaletown Brewery and often plays shows there, but has also played at various parties and other venues around Vancouver. When COVID-19 worsened, Yaletown Brewery closed, along with all of the other venues she played at.

Initially, when these venues shut as a result of physical distancing, events were simply postponed, but as the reality of the virus sunk in, events started being flat out cancelled.

“There wasn’t even anything to look forward to … there’s no real light at the end of the tunnel, there’s no date that I could say, ‘Hey, this will roughly be when my next event is or this is when I can go to a festival again,’” Tsamis said.

“So that’s been kinda crappy.” But as the initial disappointment about the closures wore off Tsamis started noticing a large number of people — mostly DJs she knew — starting to live stream sets from their houses.

“I’d had never streamed before in my life and I’m not the most techie person, but I was like, ‘You know what, I’m not gonna let this stop me from doing what I love,’” Tsamis said.

“I bought some new equipment, I downloaded the software and I just practiced … [now] I do streams every Wednesday.”

Streaming has quickly become one of the only ways for artists to be able to play and connect with audiences.

But playing in front of a camera is very different than playing for a live audience — and adjusting to the new format has been hard for some.

Angelica Poversky, a spoken word artist and recent graduate of the UBC media studies program, has been doing live streams on their personal Instagram and has participated in a few spoken-word festivals online.

They noted that the energy an artist is required to give in an online performance is significantly different.

“The energy you give for an online performance in my experience is quite intense, [whereas] in a live performance when there are a thousand people around you cheering you on is a lot different,” they said.

“I find that it’s easy to burn out [doing online performances].”

Chris Wan, a third-year engineering student who DJs as MOST WANT3D identified two types of performers: ones who feed off the energy of the crowd, and others who have instinctive energy and are able to pretend a crowd is there, even when it isn’t. 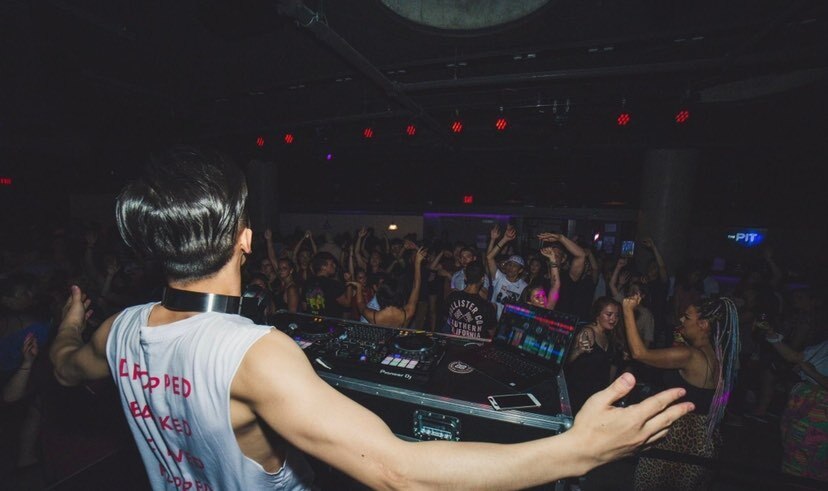 He says that he’s the first type, and finds live streaming a challenge as a result, especially the first few times he did it.

“But I like that it pushed [me] to kind of step up and find out ways to almost act and pretend [like] there was a crowd there.”

While veteran performers have found the switch difficult, Frannie Fleming, a fourth-year and half of the DJing duo The Cancers said that live streaming has given the pair confidence in performing.

The Cancers only formed last year, and Fleming and her partner Lydia Lukyanov haven’t performed live that many times yet.

“A huge part of mixing is feeding off the crowd you’re performing for, but I think [streaming] is helping us gain confidence in that area,” Fleming said.

“So in the future when we do perform live, we’ll be ready to perform [in front of] people.”

A turn to Twitch

Most notably known for gaming videos, the streaming platform Twitch has become a favourite for many DJs.

Livestreams on Instagram and Facebook often get cut off due to issues of copyright. But Tsamis says that happens much less on Twitch. The Twitch community guidelines note that music played in streams must be “owned by you,” “licensed to you” or a ‘Twitch Sings performance.”

Technically, the DJs aren’t allowed to play music owned by other people, but the DJs The Ubyssey spoke to have not experienced any repercussions.

“It hasn’t seemed that Twitch has really cut out many DJs and if they have, it’s been someone who’s maybe very high profile and has a lot of viewers. Whereas my friends’ little radio show, [is] very low key so we kind of fly under the radar,” Tsamis said.

Victoria Stafford (Victoria Staff), a singer-songwriter who recently graduated with a major in neuroscience, said that her songwriting has changed during the pandemic.

“I had to go back and think more about [some] things that had already happened. Usually, when the regular world is occurring, there [is] lots for me to write about. But no one wants me to write 17 songs about quarantine,” Stafford said. 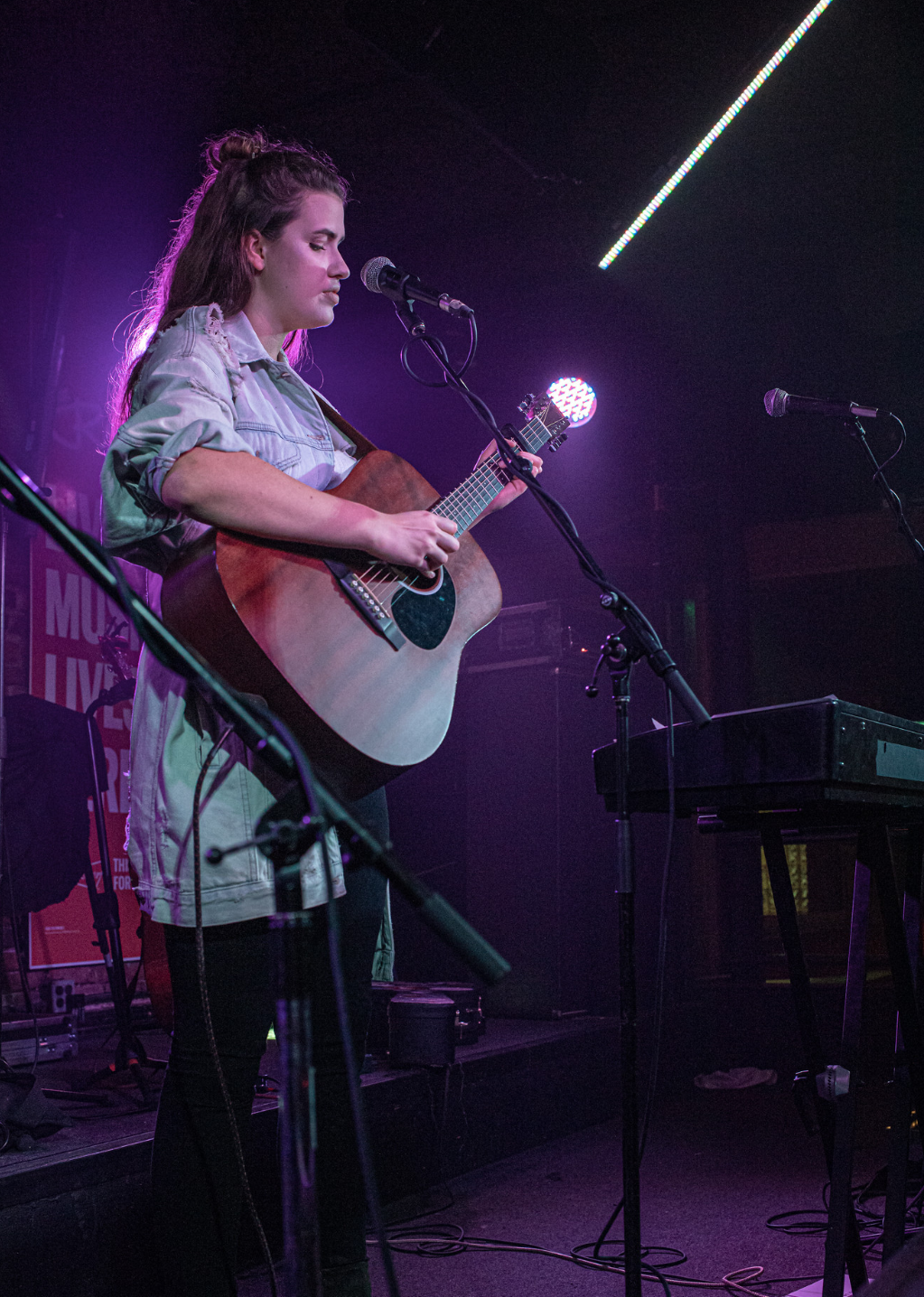 She said she’s been going back to old songs and rewriting them.

“I’ve been able to go into old songs and take them apart and put them back together and create something new out of old things, which I don’t think I would have had time to do otherwise.”

Poversky released an EP, After Consent, in May, a project that they said was influenced by the experience of quarantining and living through a pandemic.

“I think [quarantine] definitely gave [me] some time to reflect and create in a way that’s very different from usual,” they said.

Emma Jay a recent history and international relations graduate said that quarantine “hasn’t necessarily been the worst thing [for her music] because [she has] nothing else to do now.” Jay performs under the stage name LOUP and is half of the DJ duo PhaseShift.

“I’m not working, I’m not DJing for money, so all I really do is just sit at home and sit on Ableton for hours and hours,” she said.

Anjalica Solomon, a multidisciplinary artist who specializes in spoken word and a recent English honours graduate, was able to participate in an online version of Queer Slam, a poetry slam held in Toronto every year targeting 2SLGBTQIA+ folks.

“It was really exciting because I got to be featured at a poetry slam across the country. There’s no way that I would have travelled there during [COVID] times,” she said. “Because I featured there I was connected to a whole different community.”

At UBC, Blank Vinyl Project (BVP), a student organization for performers, has transitioned to operating online, while trying to support musicians through this time.

The president of BVP, Ethan Fernandes, called the transition to online not an “obstacle, but an opportunity.”

The club is working on creating workshops for musicians to help them develop their skills while they’re not performing as much.

“Since a lot of musicians won’t have the opportunity to get up on stage and perform for people for a while, this is the perfect time to really hone [in on their] skills [and] learn some more about the world of music,” Fernandes said.

The club has organized a songwriting workshop with local musician Jamie Ruddick, which took place on July 18 with more planned for the future.

The external team is also looking to connect student musicians as much as possible with local venues for when shows do begin happening again and pushing for musicians to get paid, given the circumstances.

“We would really be stepping in and advocating for musicians in that sense,” he said.

A virtual form of Pit Night has also been operating at UBC. Wan has been playing almost every week since it began in May.

AMS President Cole Evans said that virtual Pit Night was a project of AMS events and that the AMS is trying to be “as adaptable as possible.”

“We’re really looking to come up with new, creative [and] innovative ways to engage students on the social side of things,” Evans said.

Virtual Pit Night allows Wan to continue DJing in that space even without a packed Wednesday night crowd.

Evans said that the future of the Pit for the fall is still up in the air.

“We’re evaluating what we’re doing in the interim until we can open up again in terms of potentially bringing programming to students that isn’t just about nightclub experience,” he said.

“Whether it be virtual Pit Night or opening up the Pit for a more bar, restaurant-style opening instead of a nightclub-style opening … there are a lot of options [that are still] on the table.”

The future of the performing scene 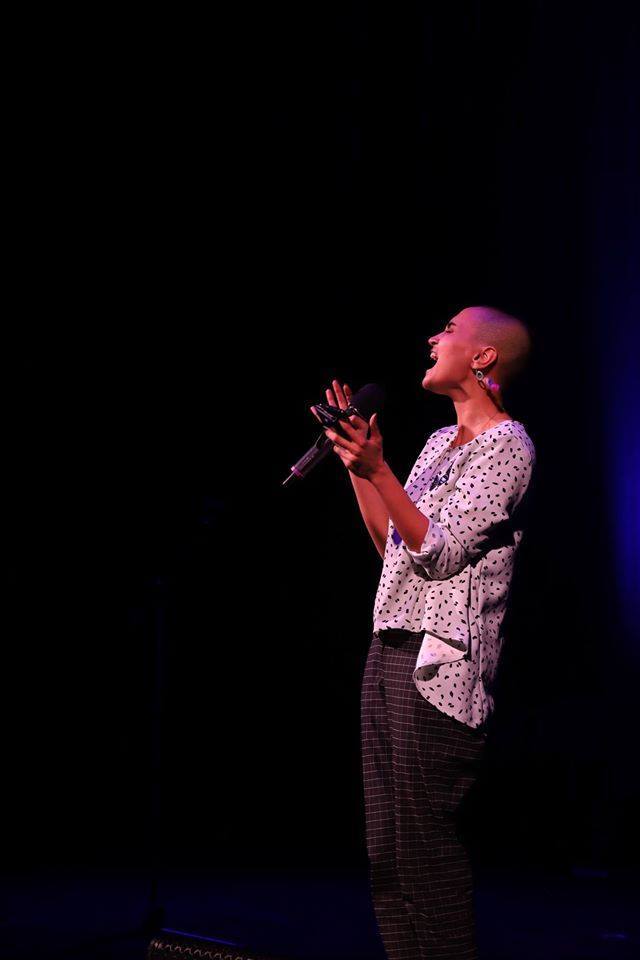 Artists are worried about how long it will take the industry to get back to some normalcy — but also how easily the industry will bounce back.

Stafford said she’s worried about what the live scene will look like for smaller artists once the pandemic lessens and venues open at full capacity again.

“There’s a risk of a lot of smaller artists being shoved out of the music scene because every band ever is going to be fighting for every venue,” she said. “Over the last three months, no one’s been playing anywhere so all of those shows that got backlogged are all going to need to get played.”

The nightlife industry has taken a major hit throughout the pandemic, and BC’s Restart Plan indicates that its unlikely clubs will open again normally until phase four.

“Right now we just feel as an industry like we’re just twisting in the wind in a larger extent than anyone else.

“It’s scary because I can’t imagine the future with no nightlife because it is such a big part of my life,” Tsamis said.

Clubs are slowly starting to open again, with restrictions in place.

But recent outbreaks at the Hotel Belmont bar and nightclub and the No5 Orange entertainment club may put all nightclubs in danger of being closed down again.

Quarantine hasn’t been easy for artists. Lost income, jobs and purpose have impacted many of these performers.

“There have been days when it’s really hard to find the motivation [to make music] and you’re just anxious about the general state of the world,” Jay said.

But the sense of community remains.

“There has been a lot of coming together as a community, realizing that it’s kind of fucked for everyone,” Jay said.

Solomon said that this time has reminded her how much she needs that community.

“Spoken word has always just been about the connections I make with people through the art form. That will never go away,” she said.

“Artists are resilient, beyond measure.”