Poetry in Transit: Consuming art in a changing world 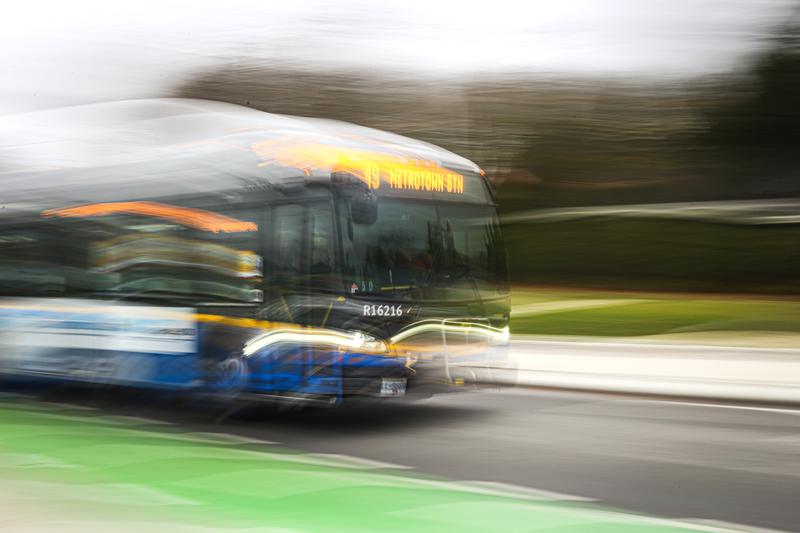 I hope having poetry in these spaces can remind us, that as citizens we have some ownership of the public spaces in this city Jasmine Foong

Among the usual splash of advertisements for restaurants, the best deodorants or a new opening at a local college, resides an element that makes Vancouver’s transit unlike any other.

The few short lines of verse that decorate our transit system not only make the ride more memorable, but it also provides creative relief in the otherwise incredibly stimulating experience that is transit. One can find many familiar feelings in the words that adorn the colourful walls while jolting from one corner of the city to another.

This year, the Poetry in Transit project, an initiative of the Association of Book Publishers of BC (ABPBC) in collaboration with TransLink, celebrated its 24th year since its inception in 1996.

Each year, a collection of works by BC authors and Canadian published poets makes its way through a selection process to find itself into transit.

While the power of poetry has never been disputed, perhaps now more than ever is its potency truly visible. The pandemic has changed our relationship with transit, and so in this moment, it’s interesting to inspect how poetry may provide inspiration, relief and even escape to commuters through the day.

According to Kate Balfour, the project coordinator for the ABPBC, the answer lies in the timelessness of the art.

“When you boil something down to a feeling or an image or just a really great sentence, there's something that [I find] comforting. It kind of helps ground you a little bit...someone's probably writing poetry about the pandemic right now, which is kind of a consoling thought, for me at least,” shared Balfour.

While poetry is traditionally found tucked away in libraries or nestled in the centre of a square on Instagram, transit seems an unlikely place for iambic pentameter. But there’s something about this pervasive comfort of words that shapes the experience.

“[It’s] so random, so marvellous, so miraculous to think a poem has made its way into somebody’s life,” writes Cornelia Hoogland, whose work titled Cosmic Bowling was selected for this year’s car cards.

“This is the magic of each poem on the Vancouver transit system: that an image forms in the reader, stands briefly still, and a thought emerges: “Don’t go without me!” Poem-readers leave the bus with the poem inside them,” Hoogland said.

Adrienne Drobnies, a BC-based featured poet and author of Salt and Ashes, speaks to the power of poetry for those who spend extended periods of time on transit, especially now.

“It has a special meaning for me in the sense that I know a lot of people [who are riding transit] are obliged to continue working … doing jobs that are really hard and often not paid very well. For me, it's nice to think that there might be something that would give them pleasure, while they're going about their day,” said Drobnies, whose work is inspired by her background in biochemistry.

Perhaps transit is exactly where poetry needs to be as a reminder of feelings beyond the simple mundaneness of routine.

Kyla Jamieson, author of Body Count, speaks to this effect.

“The components of our urban environment affect what we understand our roles in public spaces to be, and I hope having poetry in these spaces can remind us that we’re more than consumption machines, that as citizens we have some ownership of the public spaces in this city,” she said.