By Coleman Pete  ·  July 30, 2018, 1:20 p.m.
Selected works in gold and silver by renowned Haida artist Bill Reid are part of a collection donated to the Museum of Anthropology Courtesy UBC Media Relations

A new collection of Northwest Coast Indigenous art that includes early works by Haida artist Bill Reid was donated to the Museum of Anthropology (MOA) in early July. Margaret Perkins Hess, known to many as “Marmie,” was a community leader, art historian, businesswoman, and receiver of the Order of Canada. Hess had a particular interest in works by the Group of Seven and by Indigenous artists. When she passed away in September 2016 at the age of 100, her estate made by the donation to MOA.

Among the 104 pieces donated are metalworks, carved masks, weavings, and totem poles from a number of artists, including Reid and Henry Hunt (Kwakwaka’wakw). The total value of the collection is $1.1 million. 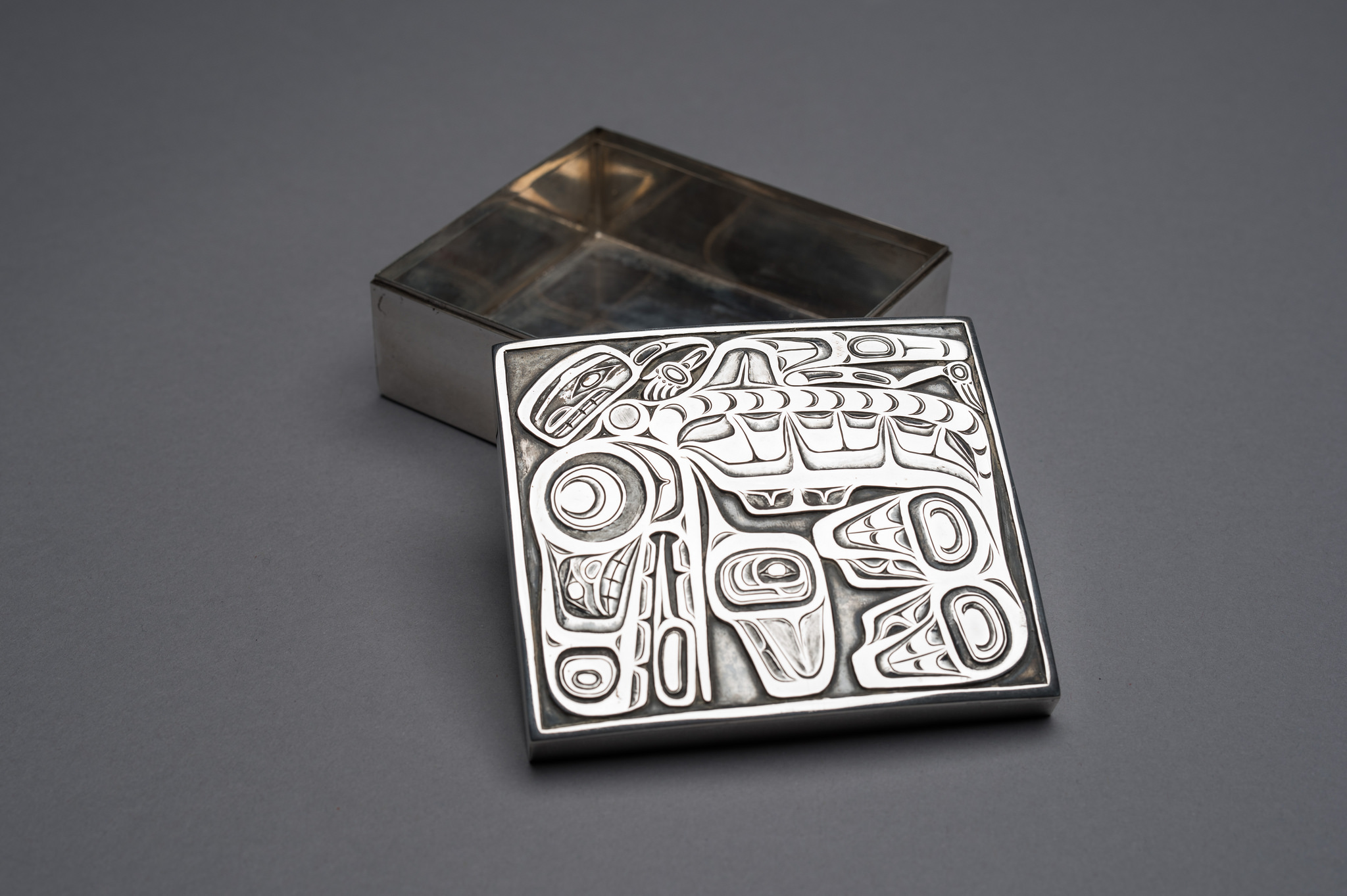 Wooden masks, a golden brooch, and a silver box are key pieces from Reid’s early works. The son of a Haida mother and a Scottish-German father, Reid initially learned the basics of jewelry making at Ryerson University. A trip to Haida Gwaii in 1954 led him to delve further into his Indigenous ancestry, prompting him to revitalize timeless Haida art forms that had been damaged by the effects of colonialism.

“There weren’t many [reference books] available to him at the time; he was trying to get a hold of any resources that he could,” said Karen Duffek, Curator of Contemporary Visual Arts and Pacific Northwest at the MOA. At the time, Reid was using his skills in jewelry-making to attempt to replicate older pieces. A gold brooch with a dogfish motif is an example of his mastery with the material. “It’s amazing to see in real life,” said Duffek in reference to the piece, which is in the process of being prepared for display at the MOA. “He took so much pleasure in the technical aspect of goldsmithing.” 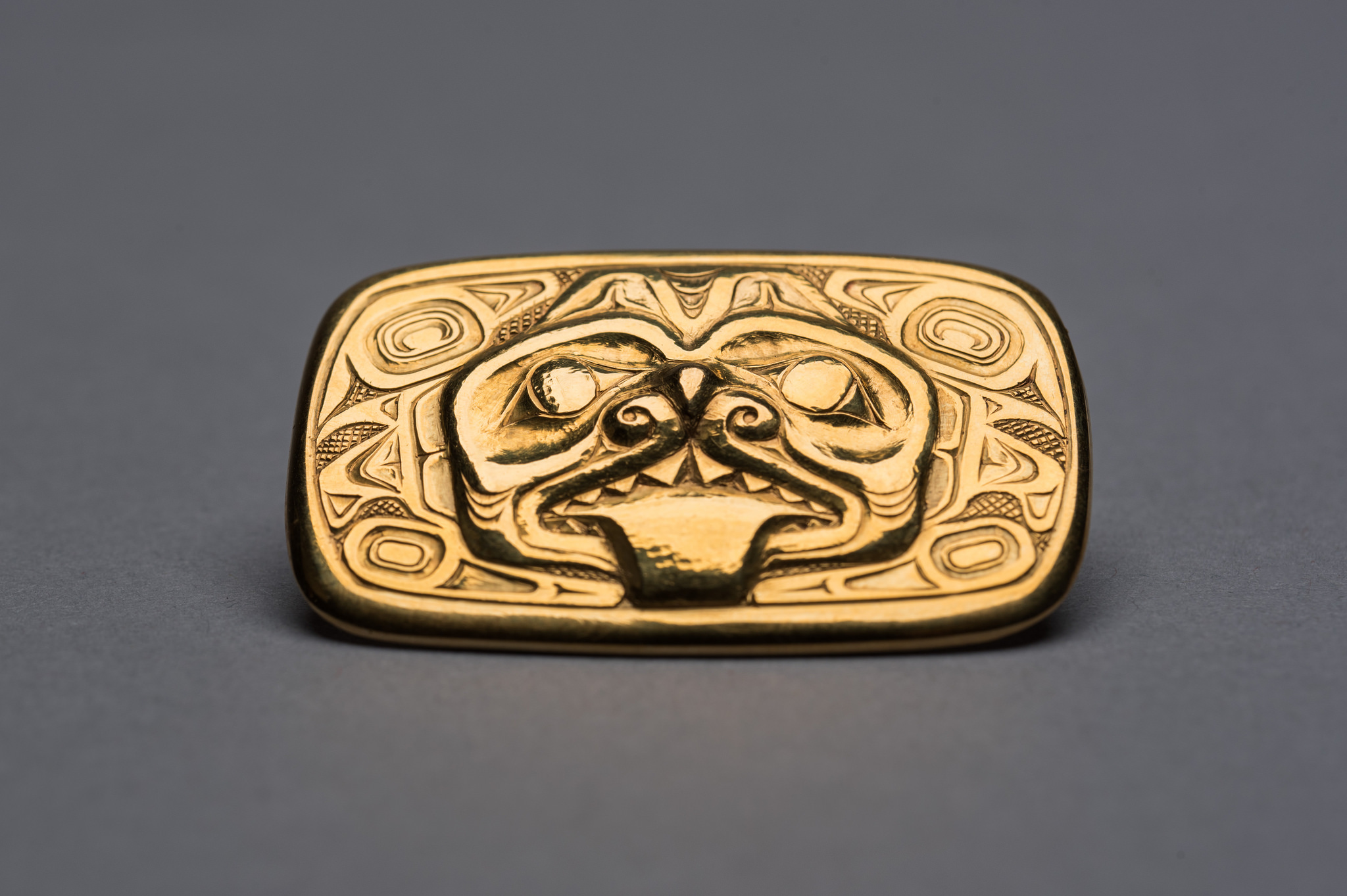 In addition to the Bill Reid pieces, early woodworked masks from Henry Hunt add to the diversity of materials in the collection. Hunt’s later works of several hand-carved totem poles can already be found permanently on display at MOA’s Thunderbird Park.

Vancouver is now home to a full spectrum of Reid’s work. Larger pieces The Spirit of Haida Gwaii and Chief of the Undersea World are available as public art displays, and some of his work from as early as the age of twelve is displayed at the Bill Reid Gallery of Northwest Coast Art. The non-profit gallery is the sole facility that is completely focused on Northwest Coast Art, including contemporary works.

“I am thrilled that these private pieces are now available for public viewing,” said Beth Carter, Curator and Interim Director of the Bill Reid Gallery. She said that the treasured jewelry pieces can be hard to track down, often ending up in safety deposit boxes instead of being worn or displayed. And while the gallery does boast Reid's name, they weren't surprised that such a rare collection of his work would be donated to MOA. 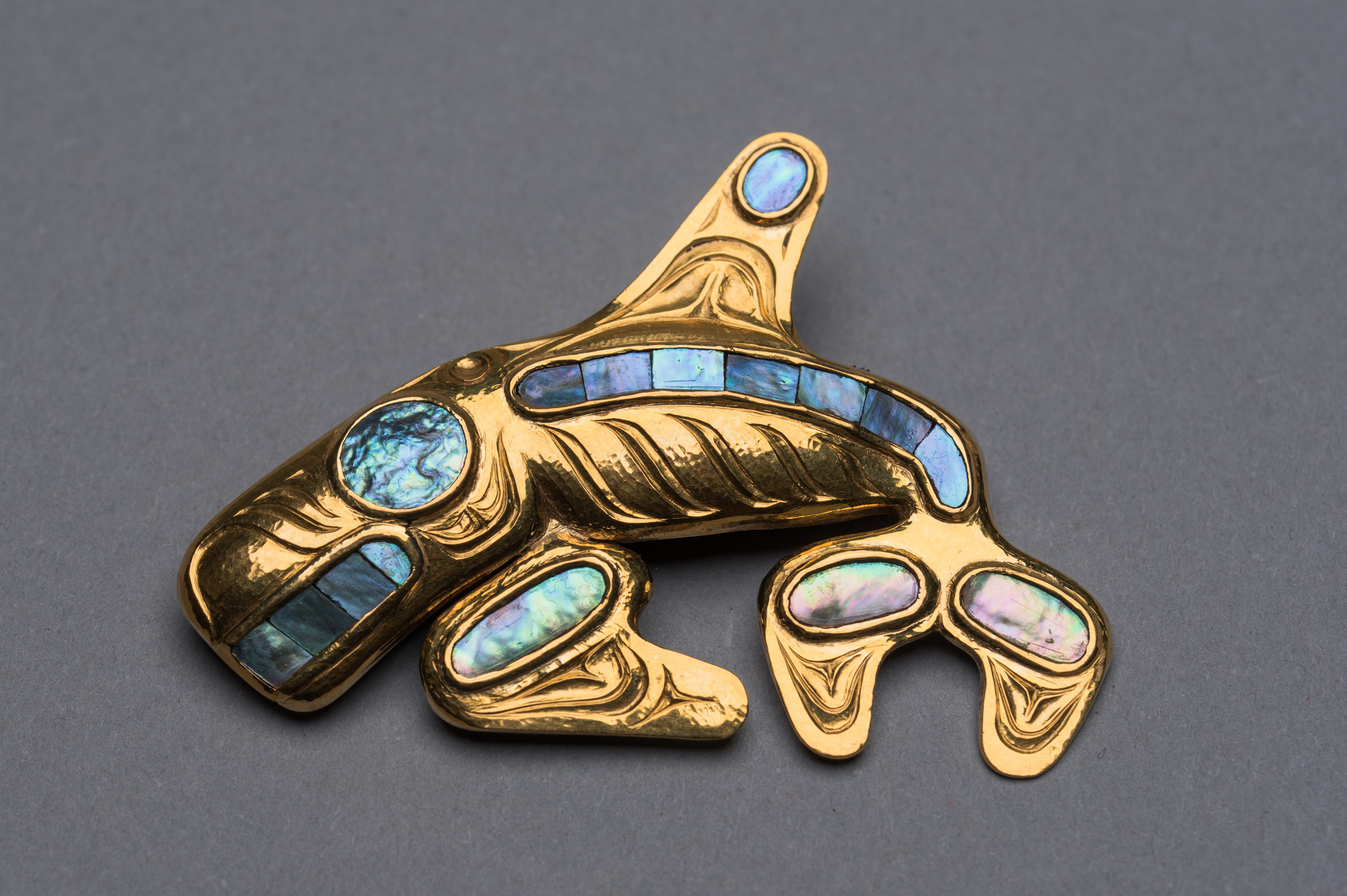