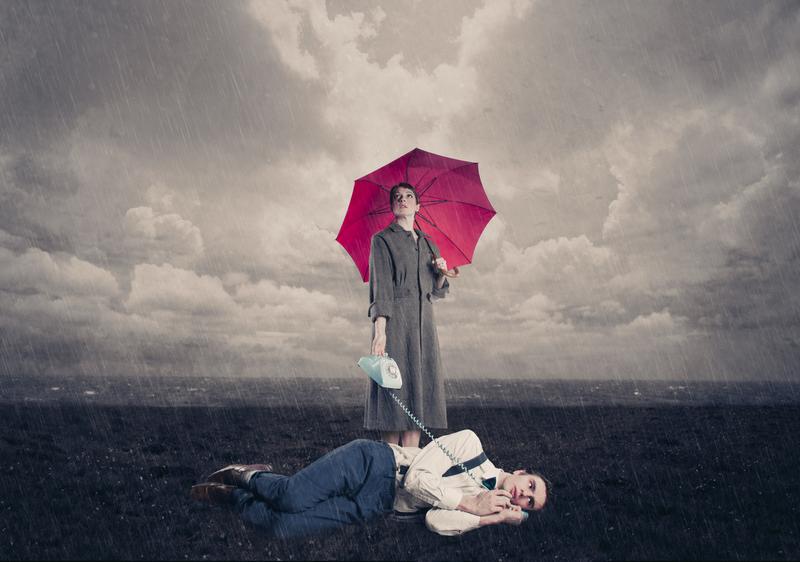 Usually fairy tales and myths revolve around the hero saving the damsel in distress. Rarely do they focus mainly on the hostage waiting or, more importantly, if they even want to be saved at all. Such is the case of UBC Theatre’s new production, Eurydice.

Written by playwright Sarah Ruhl and based on the ancient Greek myth of Orpheus, the play retells Orpheus’ quest to save his wife, Eurydice, who has fallen to the underworld. The difference? Eurydice revolves around the perspective of its titular character as she dwells in the underworld. There, she becomes conflicted about her fate, especially after reuniting with her long-dead father. The play follows her inner-struggle on whether or not she wants to return to the land of the living.

Whether stemming from Ruhl’s script or director and MFA candidate Keltie Forsyth’s creative decisions, this production of Eurydice contains numerous alterations from its ancient source. This includes the character of Eurydice’s father – who is never mentioned in the original myth – as well as a more contemporary setting and design. According to Forsyth, it is these kinds of alterations that can make the story more emotionally resonant with the audience.

“It’s [really] down to earth and real in its portrayals of love and human relationships in a way that is really appealing,” Forsyth said, especially with inclusion of Eurydice’s reunion with her long-dead father. “It’s sort of about the way that loss affects us and the way we can triumph it, whether or not we have a magical power [to] get our loved ones back.”

However, Forsyth also insists that the play also has its fair share of humour and fun despite dealing with these topics. This includes comic relief characters and witty interactions between other characters.

“It’s a whacky play and it’s very funny for being about a fairly tragic story. Sarah Ruhl, the playwright, talks about lightness versus heaviness. It takes a heavy topic and it deals with it in extreme lightness. I enjoy the contrast,” she said.

Kelsey Ranshaw, the graduating BFA student who plays Eurydice, also thinks the play is more of a coming-of-age story rather than a full-blown tragedy like the original source.

“In many ways, it’s a story about a young woman who goes from a child to an adult and learns about life, how she sees herself and the world throughout that experience because of all these things happening to her,” said Ranshaw. “It’s really about acceptance and becoming the fullest version [of yourself] and learning to love unconditionally.”

There were some difficulties present within the production process. Ranshaw notes that the process of playing a character much younger than her is more challenging than it sounds. However, according to Forsyth, overall production was smooth thanks to a more improvised approach to the script and a focus on its broader emotional strokes.

“We’ve had relatively few problems because we’ve done that,” Forsyth said. “Each of the actors has an immense amount of ownership over their character… There’s a fair bit of ease in the process [and] I don’t feel I’m shoving people into a box where they don’t even fit.”

By the end of the play, both Forsyth and Ranshaw hope that the audience learns a new and unique lesson on love and loss.

“I want them to be able to see themselves — to see their own journey and hopefully take something away. Even if it’s just walking away from the performance and doing an act of kindness or selfless love for another person,” said Ranshaw.

“Eurydice grows up and she learns to love selflessly instead of selfishly [as] we do in youth,” said Forsyth. “The thing I hope people look back on is the nature of love and [how it is] expressed in a fully adult way.”