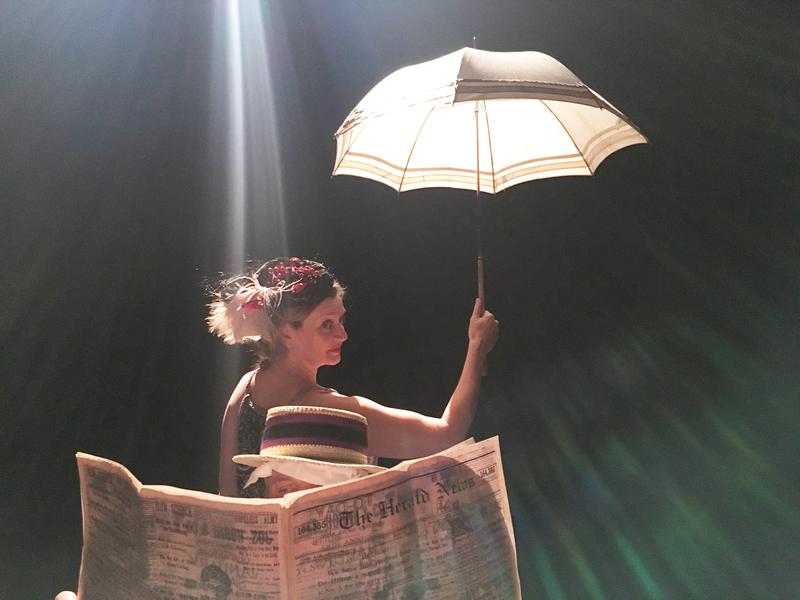 Beckett is far from your average playwright. At first glance, his characters utter words and sentences that seem to lack any sort of coherence and trying to make sense of even one line usually just leads to more befuddlement.

Despite his plays being very difficult to grasp, Beckett’s cultural impact is nothing to scoff at. Theatre academics and practitioners will have heard his name numerous times, often praising his profound contributions to the Theatre of the Absurd — a category of theatre that emphasizes the meaninglessness of human existence. From winning the Nobel Prize for Literature in 1969 to having a whole bridge named after him in Dublin, Beckett’s legacy stands incredibly strong within the theatre world.

The extent of Beckett’s influence is clearly exhibited by UBC’s theatre department, with Beckett now returning to campus for another consecutive year as part of their lineup.

The upcoming production of Happy Days — directed by Gerald Vanderwoude — will soon be the latest addition to the department’s history of Beckett productions. The play explores the complex relationship shared between Winnie (played by Beverly Bardal) and Willie (played by Joe Procyk), a married couple placed within in a strange and surreal setting.

Gerald Vanderwoude, an MFA Directing alumnus from UBC’s theatre program — who is also currently an assistant dean in the faculty of arts — first grew interest in this play all the way back in 2001. Vanderwoude was drawn to the play by how it portrayed the character Winnie, her struggle with her husband and her attempt to find some sort of meaning to her life.

“My professors would say to me, ‘don’t do a play unless it speaks to you,’” said Vanderwoude, “and this play did speak to me.”

Vanderwoude, however, wanted to find precisely the right time to begin production for Happy Days.

“For me, it was always about the right place, right time, right actors,” he said. It took a little more than 15 years before it all “just lined up right,” and work on the production began.

Vanderwoude is an expert in directing Beckett. His masters thesis was on Endgame, one of Beckett’s more significant plays. Vanderwoude’s first professional production of Beckett was back in 1995, when Dr. Peter Loeffler encouraged him to begin work on a Beckett production.

“It all started snowballing from there,” said Vanderwoude.

Dr. Peter Loeffler, who was a well respected theatre history professor, is perhaps the most influential figure in Vanderwoude’s career, as well as many other UBC theatre alumni. The Peter Loeffler Memorial Prize — an undergraduate award for theatre majors — was named after him to remind people of his legacy. It was from Vanderwoude’s relationship with Loeffler that his passion for theatre and Beckett grew. “Dr. Loeffler was one of the most inspirational teachers, and he was very much connected to Beckett,” said Vanderwoude. “Both of us had a shared passion for the art form.”

Loeffler’s teaching legacy is a major reason for why UBC’s theatre department has such a strong connection to Beckett’s works. The production of Happy Days “is really about a celebration of Peter as much as it is about Beckett,” Vanderwoude explained. In this spirit, any proceeds earned from the show go towards funding the Peter Loeffler Memorial Prize.

Although the Beckett plays produced by the theatre department evidently hold a great deal of personal significance to those who produce them, it still cannot be denied that they can be very hard to enjoy if you are new to the playwright’s works.

Vanderwoude explained that his own enjoyment of Beckett comes from the variety of emotions that can be felt from the playwright’s portrayal of the human situation — the sort of feeling best described by the realization that, while we live our everyday lives, “we are hurdling through space towards our eventual destruction.”

Besides that, another reason to enjoy Beckett is that “it’s also an interactive theatre,” said Vanderwoude. “You are in the soup and every once in a while his characters look out across that wall and they sort of hint that they can see you.”

Regardless of how elegantly director Vanderwoude puts it, all this explanation may not be sufficient enough to bring the average student to watch a Beckett play because it does not change the fact that it is still very difficult to understand the dialogue. Vanderwoude, however, believes that people who are new to Beckett should approach his plays a lot like how you would an “orchestra or a symphony.”

Beckett’s writing has “a high degree of musicality and rhythm to it,” he said, arguing that a lot of the enjoyment of Beckett comes from the immediate experience of his plays rather than their comprehension.

“Don’t try to outthink it,” advised Vanderwoude. “It’s just whether you’re open to it.”

In the end, going to a Beckett play requires adjusting your approach as an audience member in order to experience its full impact.

Regardless of whether or not students are able to understand and appreciate Beckett, Vanderwoude hopes students will come “for the celebration of theatre because that’s really what we’re doing.”

Happy Days runs from September 27 to 30 at the Frederick Wood Theatre. All profits from this production will go towards The Peter Loeffler Memorial Prize