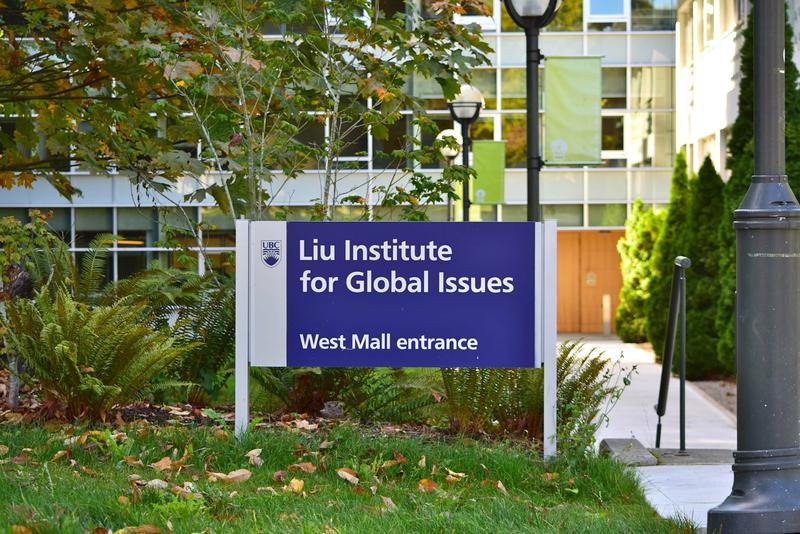 “President Duterte does not like the news media which are attacking him.” Courtesy Liu Institute for Global Issues

“It’s not a good time to be a journalist.”

Manuel Mogato, a Thomson Reuters journalist based in the Philippines, visited UBC’s Liu Institute for Global Issues on Monday night to speak on “Journalism under attack: the phenomenon of fake news and challenges of accountability in the new media.” This is the first of his public lecture series as a Marshall McLuhan fellow, where he will continue on a Canada-wide tour of universities and media organizations.

Mogato comes with experience working in a difficult political climate. The Philippines is currently under the leadership of President Rodrigo Duterte, who was inaugurated into power late last year after a sweeping campaign to calm the drug, crime and corruption scenes across the country.

Since his inauguration, the Philippine National Police has stated nearly 6,225 drug related deaths as a result of anti-drug operations. However, this does not include the additional thousands of extra-judicial killings committed by police officers who received payoffs, as reported by Mogato.

The Philippine Government has failed to acknowledge this and Duterte remains defiant: “even if the information came from the police, President Duterte … says this is ‘fake news’,” said Mogato.

The phenomenon of fake news is quite complex. Traditionally, the term has described the spread of false information, with or without malicious intent. However, recently, the term has been used to discredit media outlets who present facts that reflect poorly on the subject at hand.

Duterte is one explicit example of such: “President Duterte does not like the news media which are attacking him. Duterte is accusing the media of producing trash,” said Mogato. Similar sentiments are found in the United States, where President Donald Trump has also dismissed US media outlets such as The New York Times and The Washington Post as ‘fake news.’

In both the United States and the Philippines, this has polarized the political climate, most evident on social media.

“There is an ongoing war between the bloggers [in the Philippines],” said Mogato. On one end, there are critics of Duterte and his policies. On the other end, there are supporters of Duterte who too, try to discredit traditional Filipino media outlets.

The dismissal of authentic media sources as being ‘fake news’ have threatened journalists’ credibility and their ability to report. In Mogato’s experience, it has escalated to harassment, death threats and cyberbullying. Throughout his coverage of Duterte’s presidency in the past year, Mogato has been harassed on three separate occasions — one of which resulted in his personal Facebook being hacked to display images supporting Duterte.

The irony is that while these factual news outlets are slandered as ‘fake news’, some Duterte supporters have found themselves as victims of fake news. An opinion piece in The Manila Times quoted a website mimicking Al Jazeera, in an attempt to legitimize US support of Duterte’s administration.

The phenomenon of fake news has amplified with the recent surge in social media.

“The challenge now is for news media to come up with measures to compete with social media in the way they deliver news,” said Mogato.

Innovative measures are taking place in order to combat the plight of fake news. In the Philippines, the National Union of Journalists of the Philippines (NUJP) has created a Chrome extension called FakeBlok which alerts users when fake news appears on their newsfeed. This is dependent on user-reporting, which is then undertaken by a team of journalists at the NUJP who verify that it is in fact fake news. FirstDraft, a US based non-profit, also offers verification training online.

Fake news will continue to be a challenge in coming years, particularly in periods of high political tension. But Mogato remains optimistic about the future of the media and the role of reporters in combatting false information.

“The only defence against fake news is good journalism.”