Review: All.I.Can is an adrenaline-packed reminder of why climate change affects us all 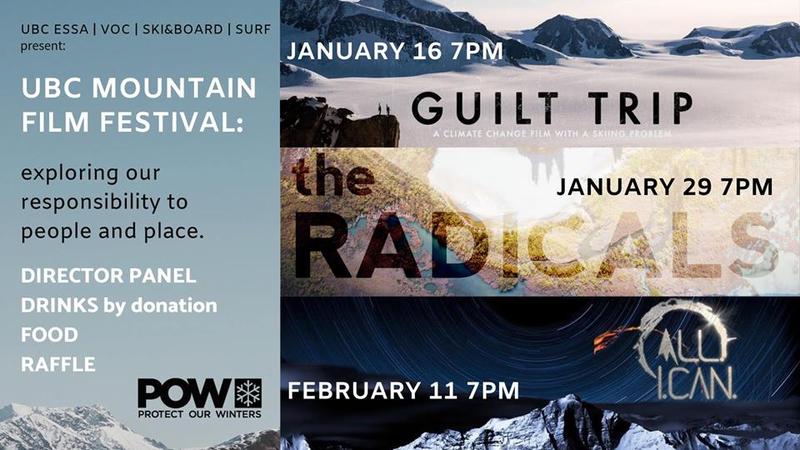 Audiences are offered to follow along and endure their challenges with them, while realizing just how adaptable the human form can be. Courtesy UBC Mountain Film Festival

All.I.Can is a film packed with energy, excitement and motivation to make change. Presented by Sherpa Cinemas and the UBC Mountain Film Festival, this 2011 film mixes imagery of the natural world with athletic achievement.

All.I.Can takes its audience into the world of snow and adrenaline, and the juxtaposition between natural landscape and cities sets up audiences to dive into both arenas. The film shadows several professional skiers in their adrenaline packed journeys across the globe from the Canadian Rockies to distant countries such as Chile, Alaska, Greenland and Morocco, as they live out their dreams of journeying and exploration. The challenges they face while sleeping, hiking and generally living are exacerbated by the freezing snowy conditions, but also serve to bring them together.

Audiences are offered to follow along and endure their challenges with them, while realizing just how adaptable the human form can be.

Additionally, the film fluidly fuses together the thrill of exploration and the effects of climate change on the environment. The footage itself utilizes time-lapse scenes to highlight the movement of water levels and snow conditions in a way humans cannot perceive through natural vision.

Further, interviews with the skiers and community members regarding climate change spark an internal connection — this is a problem that affects everyone globally.

In opposition to the assumption that people have to stop using resources completely to prevent climate change, All.I.Can instead insists that people “be more creative” in how they adjust their consumption habits, offering “new angle[s] on what to do.”

According to Tim Symes, Sherpa Cinema’s senior creative editor, “Ski films [are] what we grew up with, it’s what we find entertaining so that’s our bridge to the audience so people will stand up and take notice.”

Symes explained that film could be interpreted in many ways regarding climate change, even if it’s as simple as skiers loving the mountains and wanting them to thrive so they can keep doing what they love.

“That’s [enough] reason to engage with the climate.”