Review: Angelica Garcia isn't sure what she’s doing, but she’s good at it 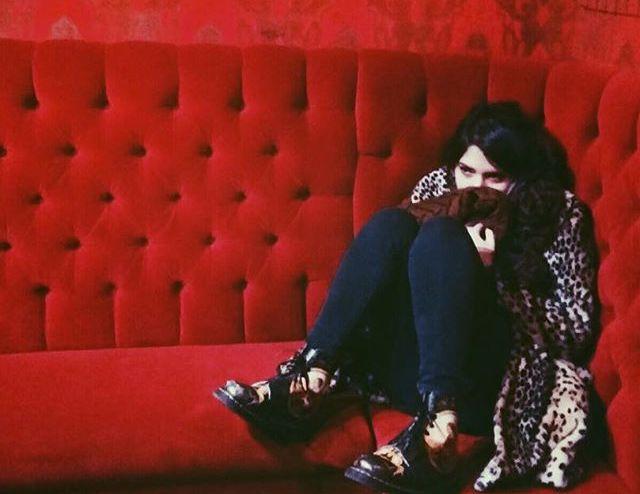 At the start of her show, 23-year-old singer-songwriter Angelica Garcia let us know that her band had driven to “the wrong border” and was not able to enter Canada to perform. She was on stage solo, with just her voice and a bass guitar to play her Indie-rock while opening for alt-country band Lydia Loveless.

Being at the Biltmore, it was a distinctly East Van crowd; loads of bald heads, long beards and raw denim. Garcia’s strongest feature is by far her voice – crystal clear and at turns both haunting and sweet. She opened to a nearly empty bar, people trickling in slowly for Lydia Loveless. I felt sorry for the people that missed her.

The daughter of an episcopalian priest, many of the songs Garcia performed had a strong religious bend, such as the standout “The Devil Can Get In.” A clunky protest song she’d recently written about the Dakota Access Pipeline went over well with the granola-munchers in the crowd.

It was hard to imagine her playing with a full band, her lyrics lending themselves to the intimate, singer-songwriter vibe over the Courtney Barnett-esque vibe her album versions put forward. The setlist had that same discord, hopping to and fro between poppy ballads and songs you might hear towards the end of a movie about heroin addiction, as the main character drifts towards the light.

In a wholly unexpected move, Garcia grabbed a looping machine, clamped it to the mic stand, and asked the crowd how we felt about Radiohead. A Radiohead cover isn't easy, even with a full band and karaoke machine. All she had was her voice and she fucking killed it. She covered “Morning Bell,” off the legendary Kid A, delicately looping her voice over and over to slowly build up a lilting beat. To close out the show, she played us a few more songs in the same style, vocal tracks building up and up and up to the point that I thought my head was going to explode.

My friend and I snuck out the back with the smokers after her set, just after she pointed to the merch stand and said “just take some, who am I kidding.” She won’t be kidding for long — signed by Warner Bros., Garcia’s debut album Medicine For Birds was supported by a profile in the New York Times. Since its release in September, Medicine for Birds has racked up 160,000 streams on its lead single “Orange Flowers,” and her polished website shows a list of dates for her first national tour. Give her a listen, and in a few years you’ll be able to say “Pssst. I’ve been into her for years.”

This article originally stated that Garcia was 17 years old. It has been updated with her correct age, 23. The Ubyssey regrets this error.