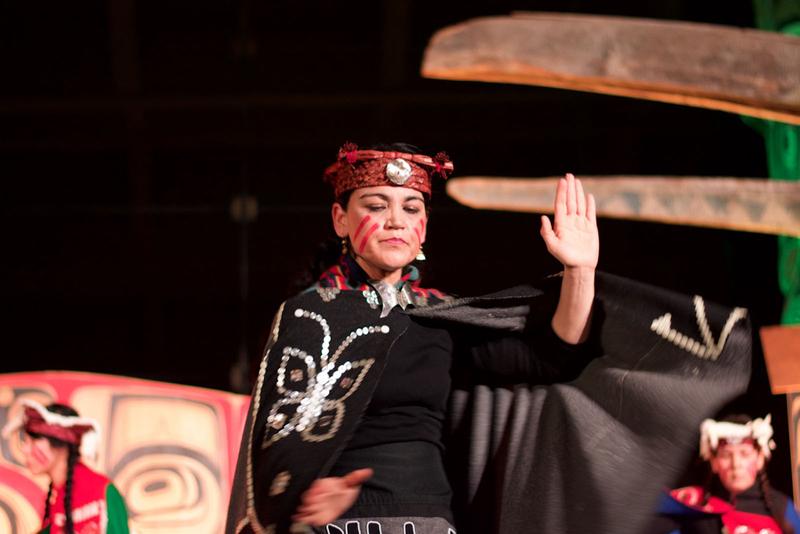 The Great Hall area of the Museum of Anthropology was transformed into a beautiful stage, surrounded by totem poles that reflect First Nations ancestral heritage. The whole evening consisted of masks, dances, costumes and songs, reflecting each tribes’ traditional values and their cultural practices.

The Dancers of Damelahamid showcased an excerpt of “Flicker,” which creatively highlighted some of the deeply held values of First Nations in Northwest Coast. Flicker is a woodpecker from the Northwest Coast that carries its cultural significance. Through the performance where two dancers acted out a pair of flickers in their coastal nature, they moved their ancestral connections forward, passing along their histories to younger generations to preserve and transmit their cultural heritage.

During the performances, it was striking how the First Nations mask artistry was beautifully integrated into the performances. The mastery of the crafted masks and their spiritual significance for their descendants was fascinating and moving.

The Git Hoan, “people of the Salmon” from Southeast Alaska, performed the “Raven Dance,” where three dancers wearing raven masks danced at the rhythm of drums, honouring their raven clan. In Tsimshian mythology, the raven is symbolized as a cultural hero and as a trickster who helps the people, but also gets into trouble because of his behaviour. The mask dancing – not only representing and honouring one of Tsimshian clans (there are killer whale, eagle and wolf) — also continues to give life to stories that are handed down for centuries and still continuing today.

It was also surprising how the masks were creatively complex and intricate. Not only does it serve to represent the Indigenous ancestry, it reflects the First Nations interpretation of their culture.

For example, the Git Hoan dancers also showcased the “Killer whale” masking dance, in honour of the killer whale clan. The carved killer whale mask was animated during the highlight of the performance where strings are pulled by the dancer to move the mask open. When the strings are pulled, the whale’s face and mouth split down the center, revealing the ancestor’s face.

Other performances involved masks that opened their eyes to symbolize ancestral spirits and animal masks that could clap their beaks together to make sounds and stick out their tongues. Such innovative masks indicate how cultural heritage of the Indigenous are not being merely passed on to younger generations, but how they are being actively transformed and integrated into their new perspectives on their cultural traditions.

The annual Coastal First Nations Dance Festival was an inclusive celebration showcasing the rich and diverse cultural traditions of coastal tribes, instilling sense of belonging to the young. It also signalled the need for active support from the community in its importance of expanding the Indigenous traditions. 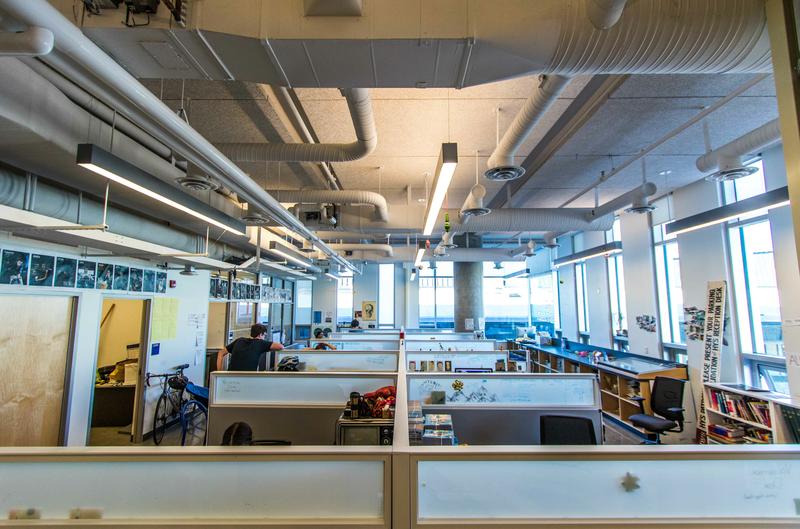 A goodbye, cleverly disguised as an advice column