Review: John Mulaney had us crying with laughter but Winnipeg haters nearly ruined it 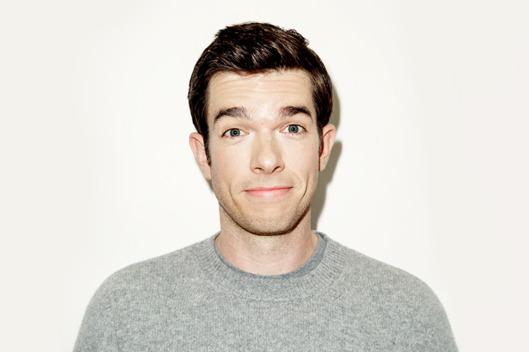 While it all feels a little bit rehearsed, it’s clear Mulaney has mastered his odd offshoot of stand-up. Vulture

You get the sense that John Mulaney does these shows as much for himself as he does it for us.

At his November 10 show at the Queen Elizabeth Theatre, the 35-year old Chicago comedian whittled whimsical rants into comedic odysseys, and he wore his best suit for it too.

While it all feels a little bit rehearsed, it’s clear Mulaney has mastered his odd offshoot of stand-up.

Mulaney starts with a nice happy subject: his childhood. The son of a hard-ass lawyer and an oddball mom, Mulaney has a lot to complain about. In the first five minutes of the show, he describes how his father compared seven year-old him to Nazi sympathizers after he didn't help a kid who was being bullied on the playground. Later in his set, his mom forces him to wear a men’s XXL shirt to bed like an overgrown smock and his friendly local detective gives his school a lecture on how to fight pedophiles when — not if — they are brutally kidnapped and/or murdered.

Mulaney separates the absurd from the fuckery to make a brand of awkward, off-kilter comedy that had his audience crying from laughter.

Mulaney doesn’t talk about much aside from himself — and we’re okay with that. He’s loathe to take on politics, current affairs or celebrities — at least ones that he hasn’t met himself. The only people being roasted are his immediate family, his wife, his French bulldog Petunia and of course himself.

But for his latest show, Mulaney made an exception to this general rule of his and turned his attention to the current President of the United States, comparing him to a horse loose in a hospital having a standoff with a hippo (aka Kim Jong-Il) that’s only a few nudges away from nuking the hospital.

It was refreshing to see Mulaney poke at someone other than himself, especially since he took an easy target and turned it into a highlight of the night with hilarious absurdity and originality. Most jokes about Trump at this point are dry as dirt (small hands, woo hoo), but by highlighting the absurdity of it all (“I think we all agree the horse should not be in the hospital”) Mulaney takes the pedantic out of political humour.

Mulaney is a master of his set — but that might just be his weakness. At one point, the world’s most pretentious Canadian heckled Mulaney when he used miles instead of kilometres. Buddy, we live in a country where we measure weight in pounds, distance in kilometres, and alcoholic beverages in both metric and imperial. Nothing makes sense, okay? Mulaney riffed gently off of the heckle at first, because there is nothing easier than making fun of the world’s most pretentious Canadian. But when someone screamed out “Fuck Winnipeg” (we don’t know why) the whole thing turned into a screaming match of angry Manitobans. Oh boy. Mulaney, clearly pissed, struggled to get back into his set after that. He tried to play it off by making as many Canadian jokes and references as he could, but dragged it on far too long and left an uncomfortable atmosphere in its wake.

“Wow, that was terrible,” admitted Mulaney. He resumed scheduled programming, and within a few minutes the emperor had his groove back.

Mulaney’s best bit came when he targeted the most wretched group of villains in our society: English majors. (Un)surprisingly enough, Mulaney himself is one.

“I paid $120,000 to get a degree for books I didn’t even read in the language I already spoke,” he yelled in exasperation. “And then they had the audacity to ask for MORE money as a GIFT!”

Mulaney drew the us in with his absurd, hilarious anecdotes and left us with our cheeks hurting from smiling and out of breath from laughter. It felt like coming off a high, or maybe coming back to Earth. How the hell do you just continue on with your life once you’ve been living the wild times of John Mulaney for, like, an hour and a half? We’re still adjusting to gravity nearly a week later.

As the lights came back on, David Bowie’s “Ziggy Stardust” came on at full volume, confirming that yes, we just saw a goddamn rockstar.