Review: Taiwanese Puppet Festival fused the old with the new 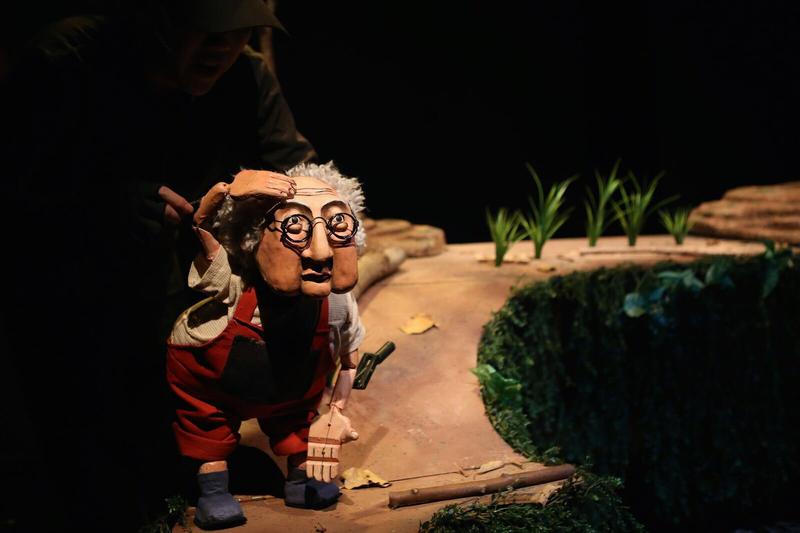 Entering the Museum of Anthropology on a Sunday morning, one could see a mass of people parking their cars and bringing their kids into the museum. This time it wasn't the impressive collection of indigenous art that brought them, but rather the Taiwanese Puppet Festival. Throughout the week, the museum held workshops and shows for school groups, which were then followed by a weekend where everyone was welcome to come and get a glimpse into Taiwanese puppet culture.

In the program, there were two shows, the first one being a contemporary work called Mr. Ruraru’s Yard that was performed by Puppet & Its Double Theatre. The whole show was non-verbal — the meaning of the performance was forwarded through different voices and actions. Instead of focusing on the plot, the group is passionate about conveying a message through their performance to the audience. This time, they tried to represent the joy of sharing through the protagonist, Mr. Ruraru, and how he shared his whole garden with animals. In order to emphasize their message even more, most of the characters were very simply made — the main products coming from nature such as tree branches, leaves or vines. Only Mr. Ruraru himself was a real puppet.

Throughout the performance, I was truly amazed by the talent of the actors. Telling a story without words is not an easy task, but they managed to not only impart their message but also make the whole performance hilarious and entertaining.

After watching the first performance, I was eager to see what else the Taiwanese Puppetry Festival had to offer. The second show was performed by Happy Puppetry Company, who focus more on traditional performances. They played us two stories that are known as classic Taiwanese tales — The Monkey King and The Love Story. The whole performance was one of those classic puppetry shows that we all have seen growing up — with the actors hidden behind the stage and the finger puppets visible.

The whole of the performance was in Taiwanese, which left the non-Taiwanese speakers into a state of confusion at first. However, the producer had solved the issue with hand-made, one-word signs in English which they would use throughout the performance to aid the audience in understanding their message. Compared to the previous performance, the second one was more action packed and faster than the contemporary show, focusing more on plot than the message. I personally really enjoyed this one for its depiction of Taiwanese culture, although the children in the audience were a little confused by the foreign language and quick storytelling.

Overall, the whole show was an unique experience, opening the eyes of the audience to the puppetry world and its endless possibilities while also sharing a bit of Taiwanese culture, which made it enjoyable for both kids and adults.