Feminist The Tenant of Wildfell Hall is technically brilliant 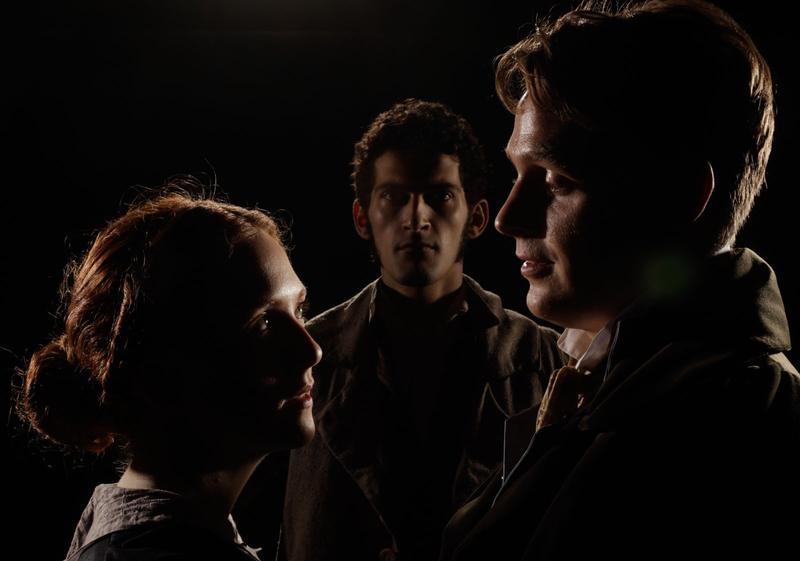 Playing at UBC’s own Frederic Wood Theatre, The Tenant of Wildfell Hall is the story of Helen Graham (Meegin Pye) who speaks her mind. Based the 1848 novel by Anne Brontë, the book has been hailed as one of the first feminist novels telling the story of a woman who violates social conventions, braves the world and faces adversity on her own.

In this production, the novel has been turned into play by UBC’s Jacqueline Firkins and with great overall success. Keeping the audience roaring with laughter, despite occasionally falling into clichés, it carried the story from its mysterious beginning with the arrival of Helen Graham at Wildfell Hall through to its end.

The arrival of this lone woman with her son and servant prompts vicious slanders from the village's many closed-minded women. The women, carefully portrayed as two-dimensional 19th century gossips, brilliantly portray to the audience the expectations of the time.

“I caution you to modify your behaviour!” Mrs. Wilson (Kelsey Ranshaw) ironically cries in warning to Helen when she takes up argument with men in the village. From a modern eye, Helen is one of the few characters in the production who need not modify their behaviour in the slightest. Rather, she stands out as an intelligent and independent woman surrounded by a degenerate husband and fanciful women who have never tested their mind beyond the brim of their hat.

This isn’t to say that the men of the village are innocent to the flaws of the women. Although much of the production is from the perspective of a man in the village, Gilbert Markham (Francis Winter), it was striking in the beginning of the production how similar he was to the women. Markham, in the play, displays the hypocrisy of society in the environment where men display the same faults as women – however, they are no longer faults in concern to the men, but attributes.

Although overall good, the pitfall of the production lies somewhere in the characters' voices. In the production of the piece, there was much argument over the accent the characters should speak in as to whether they should have one, and what type of British accent it would then be. It seems they chose not to have an accent at all making the story feel slightly removed from the place and time. This lack of an accent was especially confusing due to the fact that characters in the play, especially in the first scenes, sounded occasionally like they were attempting some form of a poorly executed accent which distracted from the dialogue.

Possibly the most striking and original part of the production was the enigmatic backdrop accompanied by a minimalist set and the lighting which made it all come alive. The set and costume designer (Jacqueline Firkins) created an unbelievably diverse backdrop which was fitting for every scene in the play. Simply consisting of hanging windows of different shapes and sizes overlapping each other, the windows mirrored both how the audience was looking in on these characters lives and how the women of the village were desperate to have a look into the life of Helen Graham. This never-changing backdrop was accompanied by original and well-executed lighting which at many times was the highlight of the production.

The lighting (Sara Smith) was undoubtedly, in tandem with the set, the artistic highlight of the performance. Contrasted with the dull colours of the costume and set, the bright oranges, blues and purples of the lights stood out enormously and brought the production to life. Even the set changes were made beautiful as back-lighting from behind the windows allowed the moving characters and hanging windows to be perfect black silhouettes against golden orange lighting. These moments, if captured on camera, could have been put in a gallery.

Although the set was minimal, the few rare props were carefully chosen. There was a charming moment when the people of the village first enter the home of Helen Graham and begin poking around. They look at the portraits she has painted — many of which are in reality copies of famous portraits of the romantic poets.  In a wonderful moment of unity between the set and the script, they describe Helen’s husband as appearing “simply Byronic” upon finding the portrait of him. This is an amusing touch due to the portrait of Byron in the background of the set which Helen has supposedly painted.

Overall, UBC’s production of The Tenant of Wildfell Hall can best be described as a feminist romp. With hilarious characters and impressive production elements, it’s a great way for anyone to spend a night. Relax and enjoy the ride that the production and its amazing actors take you on.