Review: The Marriott Cell is a gripping memoir about the imprisonment of journalist Mohamed Fahmy 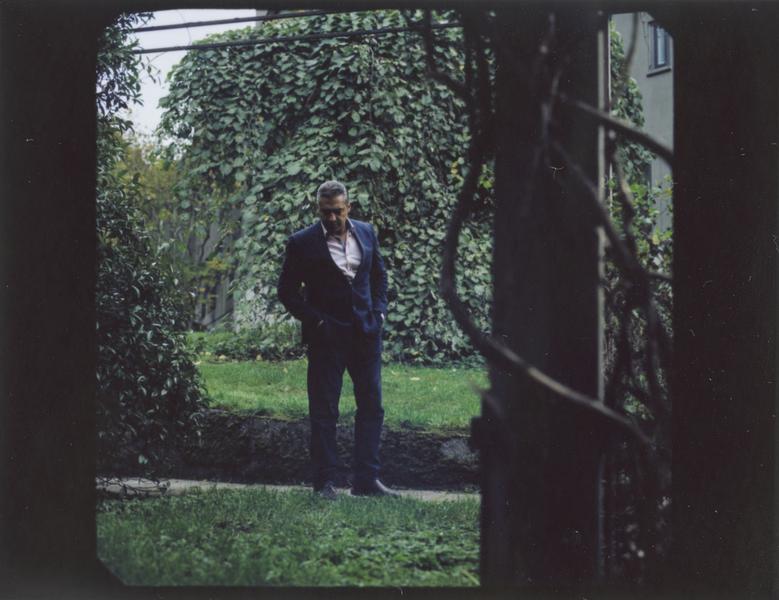 On Monday, November 21, Mohamed Fahmy – the now-famous reporter imprisoned for nearly two years in Egypt on false terrorism allegations – held a talk at the Fredric Wood Theatre to promote his new book, The Marriott Cell, which recounts that experience. The event mostly served as a sort of “sneak preview” of the book’s contents, with Fahmy talking about the broad range of people he met in his experience or describing the inadequate living conditions of Cairo’s notorious “Scorpion Prison.”

Suggested: Our Campus: Freed from Egyptian prison, Mohamed Fahmy is ready to tell his story

However, what was very evident during the talk was that despite all he had experienced, Fahmy was a man who still held an incredible passion for journalism and, more importantly, his home country of Egypt.

“I typed freelance articles for my father as a kid. I didn’t know exactly what I was typing, [but] he got that spirit injected into my being — of just writing [and press freedom]. It grew on me and I craved the truth and helping others, making sure that governments were accountable for what they do,” he said during the talk, but added how hard it is to report on the home he loves. “The hardest stories happen in your own backyard. You spend a lot of time growing up on those streets and you’re seeing it all happen in front of you. It is tough and it is harder to be objective.”

These sentiments are perfectly embodied through his new book. It is a work that manages to effectively paint the gruelling consequences that today’s geopolitical bureaucracy can have on those who care for others by chronicling the world around them.

With the first few chapters, you get the sense that it’s as if Fahmy had planned the whole thing out long before he was thrown in a cell. Aside from his imprisonment, the book recounts Fahmy’s personal experiences all the way back to the Arab Spring of 2011 — specifically, the Egyptian protests and their aftermath long after. These detailed accounts present an intensely conflicted perspective only a dual-citizen would know, one that readers are given a rare insight to. It is a dilemma that is further catalyzed by the demandingly objective career of a journalist. There’s an arguable bias to some of his viewpoints, but it becomes refreshingly introspective as the book goes on, given what he is subjected to.

That aspect can be too passionate to a fault. Fahmy regularly goes on tangents covering extraneous information related to the civil unrest in the Middle East. Mostly, these info-bites provide important context for his experiences such as the different subdivisions of radicalized Muslims he encounters or what he views as the degradation of Al Jazeera — his employer at the time of his arrest — from a respectable news outlet into a dangerously one-sided commentator that put him into his predicament. While that’s the case, the usefulness of this information depends on how up-to-date one is to current affairs. Half of it is helpful for the uninformed, but the rest can feel redundant. There were even a few times when the book repeats certain information.

Regardless, the real wealth of knowledge comes from Fahmy’s time as a prisoner himself. Throughout his time as a temporary convict, he is transferred through multiple confinements — from a cell dominated by cockroaches and constantly bombarded by a floodlight, to the comfort of a closely guarded hospital room.

Through each account, Fahmy manages to engross the reader in a world he once thought he’d only have to imagine. There is a focus on describing every little detail he can remember which perpetually surprises the reader. And it’s not just the frustrating complexities of the judicial system he and his legal associates try to game to regain freedom, which is a fascinating sub-plot in itself.

Through the book’s execution, we see the colourful yet crude perspectives of the terrorist radicals Fahmy comes to rely on, despite their unforgivable crimes. We see the bonds he forms with some of his own captors, even if it initially starts with bribery. We see how Fahmy and his family formulate new ways to cope with their situation, even if it means joking over ice cream. We see how he regularly argues with his fellow imprisoned co-workers about ideology, as if prosecution wasn’t enough to stop debate.

We see humanity, displaying its wide array of joys as much as its greatest flaws.

Most importantly, we see it through the eyes of a man that simply — even if not perfectly — the people of his country as someone who was raised there.

During his talk, Fahmy discussed how while in prison, he and his co-workers concocted a fake talk show, whose only audience were cell mates and featured top-ranking personnel from various radical groups. He also jokingly mentioned that he was forced to go “off the air…again” by prison guards, despite being fake. You learn later in the book that the show went on regardless, with some prisoners even volunteering to continue the show without the journalists.

This is easily the most poignant example to take away from the novel. In light of the revealing content of Fahmy’s experience, as well as acknowledging the consequences merely reporting news entails – even here in North America – it's ultimately a lesson that is something so easily forgotten: that a better tomorrow, no matter how liberating it is, starts by simply sitting down and listening.