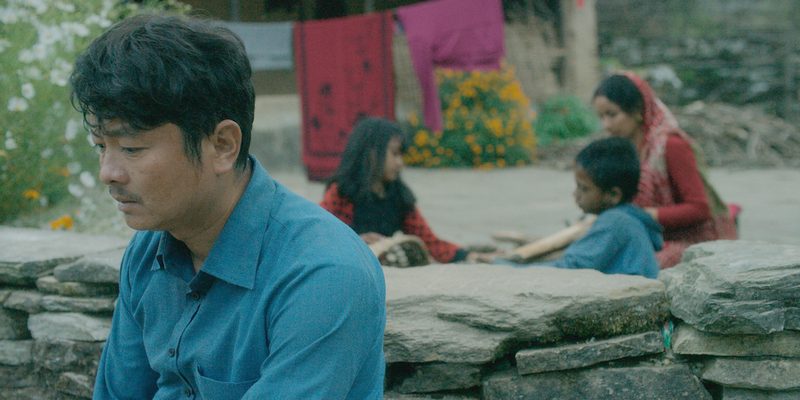 The stylization of these shots are a critical component of conveying the poignant mood of the film. Courtesy UBC Himalaya Program

White Sun, or Seto Surya in Nepali, reveals the realities of life in Nepal after its civil war between the Royalists and the Maoists.

Protagonist Chandra, who fought in the war as a Maoist, must leave Kathmandu and return back to his home village in the mountains to participate in his father’s funeral. Upon returning he faces his Royalist brother, a little girl who thinks he is her father and a boy whose parents were killed in the war by Maoists, along with rest of the people in his village who all have their own opinion on Chandra’s decision to fight as a Maoist.

Director Deepak Rauniyar’s abilities as a storyteller are are tested — and proven — as these complex relationships and situations as a result of the war manifest throughout the film. Rauniyar specifically concentrates on how post-war life in Nepal has affected familial relations, which inadvertently raised generational differences and questions regarding Nepali traditions, like how Chandra’s father’s funeral procession should be performed. It also tackles the role of paternity and maternity in a young child’s life and how to reconcile affinity between those who took opposite political sides of the war.

The predominant theme of familial struggles is what made the film so engaging for the audience. Despite the story being a depiction of post-war Nepali life, viewers could relate their own familial struggles to the characters in the film.

The camerawork and shot compositions are another aspect of White Sun's allure. The shots are long and steady, often employing shallow depths of fields and featuring Nepali mountain imagery. The stylization of these shots — including my personal favourite: a young boy carrying a mine through a field of wildflowers — are a critical component of conveying the poignant mood of the film.

These thematic and cinematographic techniques, in addition to the use of contrasting characters and clever dialogue are what allow Rauniyar to gracefully and personally recount the war’s direct and indirect effects on a wide range of Nepali people.

White Sun was shown at the Vancouver Mountain Film Festival, in partnership with the UBC Himalaya Program and the Nepal Cultural Society of BC.