A “comically honest” performance: You Are It 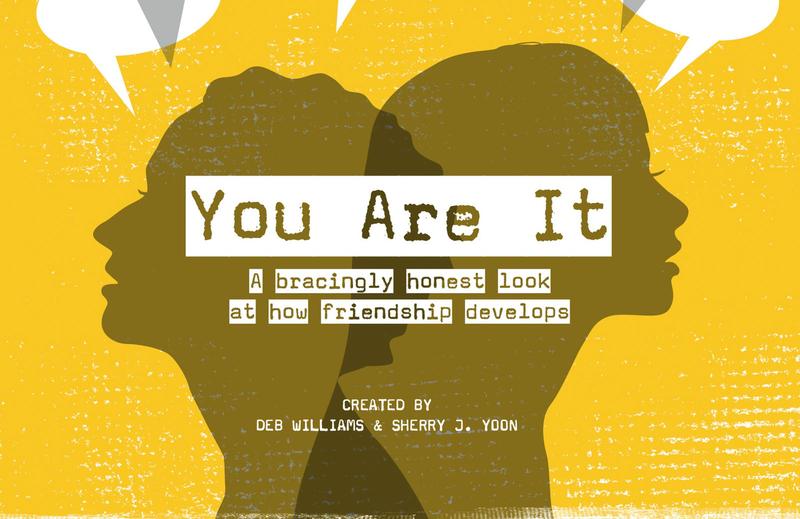 The performance was very, very intimate. Photo courtesy You Are It

How do friendships form? What do we look for in our friends? These are some of the questions Sherry J. Yoon and Deb Williams tackled in their latest production, You Are It.

Joining Williams onstage was fellow actor Carmen Aguirre, who let the audience know right away that “all of the stories presented today are true.”

Williams wanted to make friends with Aguirre and the two women wasted no time in delving into exploring what that really means.

It quickly became evident both to the audience and to each other that Williams and Aguirre had different constructions of the idea of friendship. Aguirre had a network of 30 “sisters” around the world whom she would “spill blood for.” Williams had collected over a hundred “friends” — and counting — and spills her soul to strangers on the bus.

In the small studio lined with embroidered cushions and painted wooden chairs, the atmosphere was cozy and comfortable — perfect for sharing secrets and stories. With the actors and audience members within several feet of each other, the fourth wall was barely there at times and completely non-existent at others when the conversation organically expanded to involve everyone in the room.

As the show progressed, the questions grew heavier. How many friends do you have? How intelligent do you want your friends to be? Has your friend ever slept with or pursued your sexual partner — or vice versa?

Certainly, the audience interaction was a strength of the show. In one memorable segment, Williams sat down next to a woman named Theresa and asked earnestly, “Do you think we could be best friends?” “I think you would make a very nice acquaintance,” Theresa replied with comical honesty.

Offstage, Williams was no less exuberant and personable, welcoming visitors with bear hugs and easing permanent markers into reluctant grips.

“Write,” she commanded, guiding hesitant hands toward four large wooden boards on the wall, each with a symbolic toilet paper roll tacked onto it. Decorated with doodles and messages left by guests — some dark, some witty — this clever installation represented a bathroom wall “where women are most honest about their feelings.”

Parts of the show left something to be desired. In a segment where friends are categorized into types associated with different astronomical phenomena, people could either identify as the constant orbiting “moon” or one of a series of more bizarre — but indeed recognizable — characters, including the “stellar dissolve” who made elaborate plans, but disappeared at the last minute due to some freak circumstance.

While these descriptions prompted laughter, they painted broad caricatures rather than intricate personalities. This would have been fine if the audience wasn’t then asked to categorize themselves amongst the types presented. It's no wonder that everyone thinks they are a steady, loyal moon!

By the end of the 40 minutes, Williams and Aguirre had brought out plenty of laughter, flushed cheeks and raised eyebrows. This was only the start, however, of a conversation about the nature of friendships and female relationships, leaving viewers with questions to explore beyond the show.