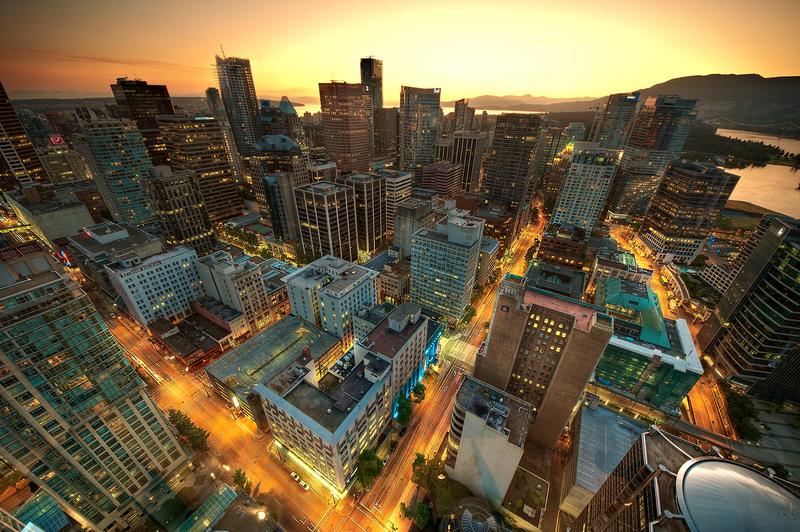 “People are really hungry for authenticity,” said Sonnet L’Abbé, a UBC alumna and contributor to the recently published poetry anthology, The Revolving City: 51 Poems and the Stories Behind Them.

The good news? This anthology takes a step toward satisfying that hunger. Its contributors — many being UBC alumnae such as Sonnet L’Abbé, Miranda Pearson and Renée Sarojini Saklikar — explore the disconnection we all experience in an urban environment from a variety of perspectives.

The anthology evolved from an engaging and fun reading series titled “Lunch Poems.”

“It went quite well, actually. There was a real feeling of connection and it felt like we were building a little community,” said Sarojini Saklikar, a co-editor of The Revolving City who worked alongside Wayde Compton. “It really captured our imagination. With “Lunch Poems,” we’re kind of addressing this “alone together” dichotomy. We started to think, “what is living in the city actually like for people?”

The anthology subtly addresses issues that hold great relevance to today’s day and age. Whether it’s a tale of the daily commute on public transit or the tragic account of the Air India Flight 182 plane bombing, The Revolving City bears great relevance to the alienation we face on a daily basis. As L’Abbé said, the anthology is an effort to “preserve authenticity” and keep us connected in a society that severely lacks human connection.

“It’s interesting how there’s all this connection with the internet, but it’s such an artificial connection,” said Miranda Pearson, UBC alumna and contributor to The Revolving City. “We want to connect with each other and Facebook doesn’t do it. It’s very superficial. In a way, poetry is trying to make sense of the world, at least for me. It brings order to chaos.”

Saklikar shares Pearson’s view on this “alone together dichotomy,” and explains how the book addresses this. She said, “The book explores that if we get so disconnected from ourselves and from other people, how are we going to respond to the challenges our planet is currently facing? If we as human beings can’t work together, what will happen to us? It’s really quite terrifying.”

The power of poetry to preserve integrity and its ability to create connections in communities is showcased through The Revolving City and its talented contributors. From its range of lyrical to experimental poetry, this anthology makes it clear why this art form is so empowering for all.

The Revolving City not only manages to emphasize the importance of breaking social divides, but it also reveals the inherently effective power poetry has in expressing issues of societal significance.

“Poetry has a way of putting its finger on things that other written forms can’t really,” said Pearson. “It’s much more specific. It’s a naming of truths.”