Review: The Roaming Bowl food truck has a new menu 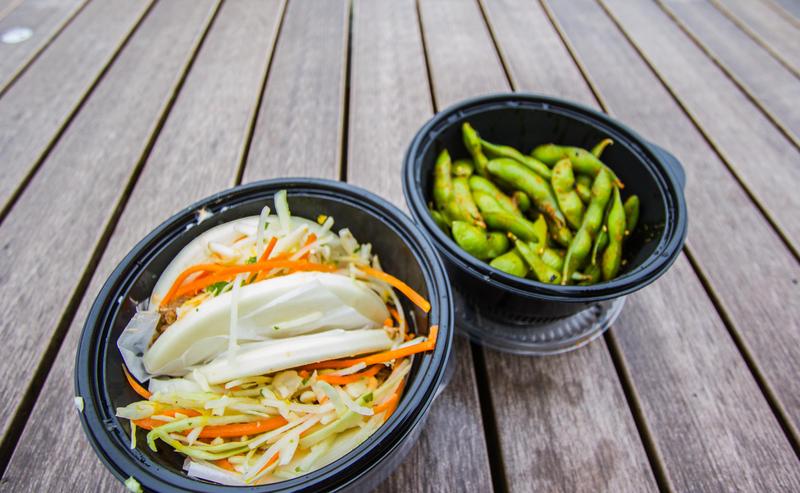 Bao bun "tacos" on the left, spicy steamed edamame on the right.

Steven Yzerman, UBC's new Mobile & Events chef, is overhauling the food truck menus. The first to get a culinary update is Roaming Bowl, with its new menu that was introduced on November 7. All five trucks will be offering completely new food items by the end of January 2017.

We visited the Roaming Bowl to find out whether the new items live up to expectations and were pleasantly surprised by the variety of food items on offer. The updated menu incorporates a wide array of Asian cuisines, resulting in authentic and fusion items that will appeal to a large audience.

The new items have tastier flavour profiles, while the food-to-price ratio has stayed constant, or even improved. Yzerman said that prices have not changed, while rice and meat portions are identical to the old menu and in some cases have increased. 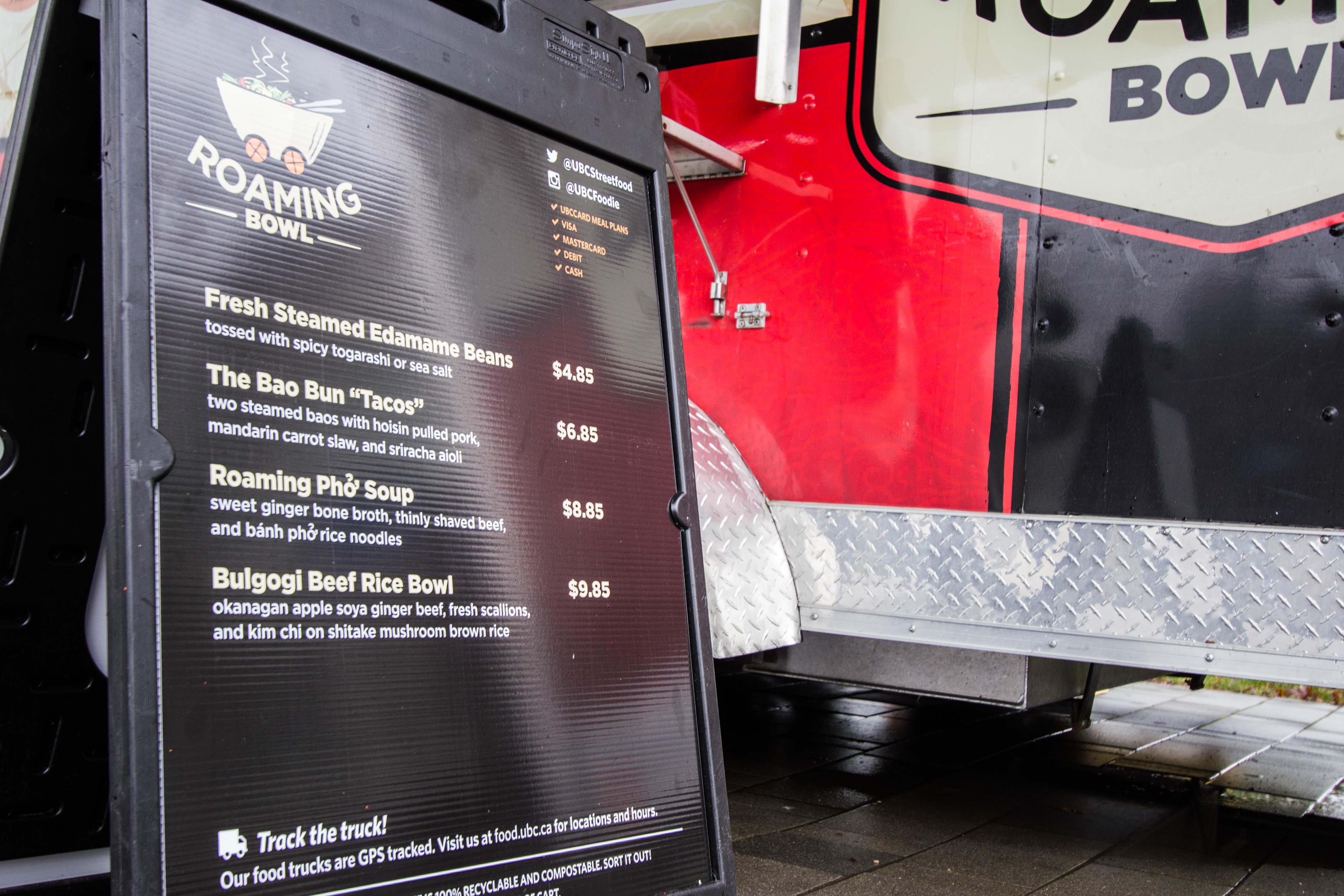 The Fresh Steamed Edamame Beans are offered in two variations — salty and spicy. We tried the spicy version, and the combination of chili powder and high-quality bean pods is killer.

The Bao Bun “Tacos” are also a success, and reminiscent of the Bao Down restaurant located in Gastown. The umami of the pork blends seamlessly with the sweetness of hoisin sauce, and is balanced by the freshness of Vietnamese vegetables. The sriracha aioli is quite mild and adds a small kick of flavour, completing an already impressive dish.

You no longer have to trek to the Village to get a bowl of pho noodles — the Roaming Bowl now has what may be the superior pho.

“We’re making that from scratch — it’s a two-day process doing fresh bone broth.” We didn’t try it, but Yzerman has been eating it daily. “There’s something about the weather up here at UBC and pho soup — it’s a wonderful pairing,” said Yzerman. 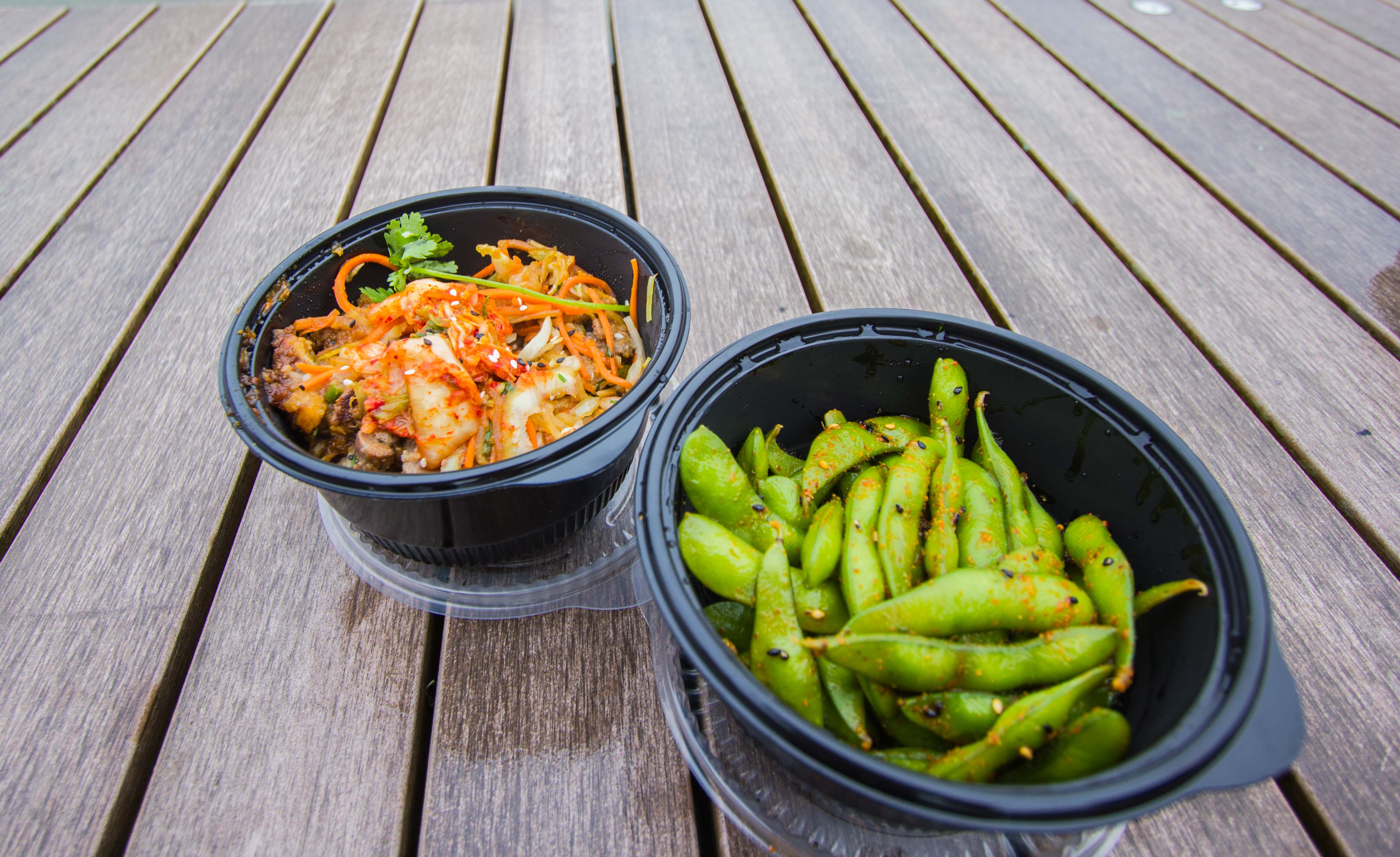 Bulgogi beef bowl on the left, spicy steamed edamame on the right.

The Bulgogi Beef Rice Bowl actually comes in two variations — beef and tofu. They cost the same, but the tofu version is completely vegan. Being the omnivorous slobs we are, the Ubyssey reviewers went for the beef one. The kimchi comes through strong and fresh, and the sauce trickles down so every bite of rice actually tastes like something. It could have used a little more beef, but on the whole, this was the perfect pick-me-up for a cold, cloudy day. This Korean staple may just become your go-to lunch item.

According to Yzerman, the development process was heavily influenced by his own experiences as a cook in Vancouver.

“It’s a hodgepodge of the Asian cooks I’ve [worked with] in the past that have shown me part of their culture and heritage, so we tried to bring as much authenticity into the food as possible,” he said.

It remains to be seen if the other food truck updates will be as yummy as this one, but the Roaming Bowl is a resounding success.

—With files from Jack Hauen