The News is a powerful meditation on birth and empathy 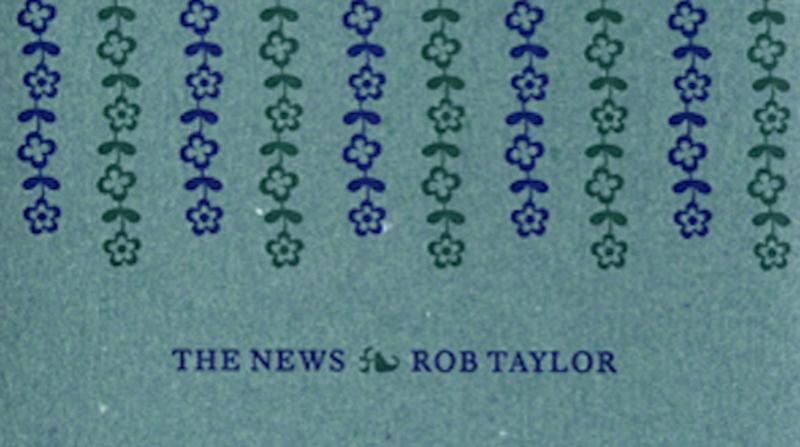 “The baby was on purpose, [the] book was an accident.” photo courtesy Rob Taylor

Rob Taylor — who graduated from UBC with an MFA in creative writing — has released his second full-length book of poetry entitled The News. It comprises of a poem for nearly every week of his wife’s pregnancy, conveying his thoughts about their unborn child and the world in which they will grow up. But it also reflects a period of growth for Taylor himself — in his views on the world, and in discovering whether his beliefs as well as our own, are rooted in ideas or in people.

For Rob Taylor, the idea of writing a poetry book that comprised of a poem for every week of his wife’s pregnancy was a surprise to him, perhaps even more of a surprise than the news of the baby itself. He noted that while “the baby was on purpose, [the] book was an accident.”

Taylor noted that it’s how he processes big events in his life — “I write a poem about it, just as a way to think about it.”

When Taylor first presented his the idea to Professor Karen Solie, under whom he was completing his directed studies in creative writing at UBC, they were both a little skeptical. In fact, he initially thought it was “a terrible idea.”

“When I tell people [the idea], people’s eyes recede to the back of their heads — but when I handed her some of the poems, she was more receptive. That gave me enough encouragement to try a few more. The momentum built, and once I had a fuller sense of what I was doing, it became easier to write the poems.”

The direction that Taylor took was in dedicating the poems not to the child itself, but to “the idea of a child,” as he puts it, emphasizing how important it was not to write any of the poems after the child was born.

At least on the surface, The News is a kind of a poetic journal of a parent — touching on the headlines and politics of the day, observations of the surrounding world in daily life and how that can affect the world in which the child grows up.

The multiple interpretations of the title parallel the many meanings people might take out of the book itself. But the most obvious meanings come from the news that is most immediately relevant to Taylor, his wife and those close to them.

At times, Taylor does more than hint at his worry, at one point likening bringing the child into the world to “digging [its] grave.” But don’t be mistaken — there is much more to The News than journal entries of a worrying parent.

The poems are in the order in which they were written. As the weekly entries continue and the baby grows, so too does Taylor’s perspective on life — entering a new phase in life, gaining a more nuanced, empathetic, and inter-personal understanding of the world and its peoples’ news.

“I think that’s part of the maturation process [of your 30s], and part of the exploration the book is doing — understanding that nothing is as straightforward as I liked to believe that it was, and asking whether our values and virtues are locked into ideas or locked into people. I think this book involves a shift in my mind about the core of life.”

Taking the reader through the “headlines” of his week, Taylor artfully synthesizes the meaningfulness of stories around the world, and reflexively considers his own life and the lives of those he encounters. It creates a reflective take on the human condition itself, one that is both immensely personal, but also inherently relatable in its humanity.

It is by placing himself in the context of the world that Taylor allows himself to empathize with happiness and suffering of those he has never met. Whether it is wishing to meet a lady in the park in her dying days, or seeing the many soon-to-be mothers and fathers — like himself — in birthing class.

Unlike the Mother’s Day cards he writes off as being both impersonal and marketed to many, The News is a work of emotion and empathy that is much more genuine and profound.

While other works might choose either to be only a personal journal, or simply a critique of the state of the world and humanity, it is in Taylor’s journey towards a more empathetic perspective that allows him to transcend both. He accomplishes his goal of growing into a better parent for his child, becoming a more appreciative human and encouraging the reader to see those things as one in the same, in this deeply personal work.