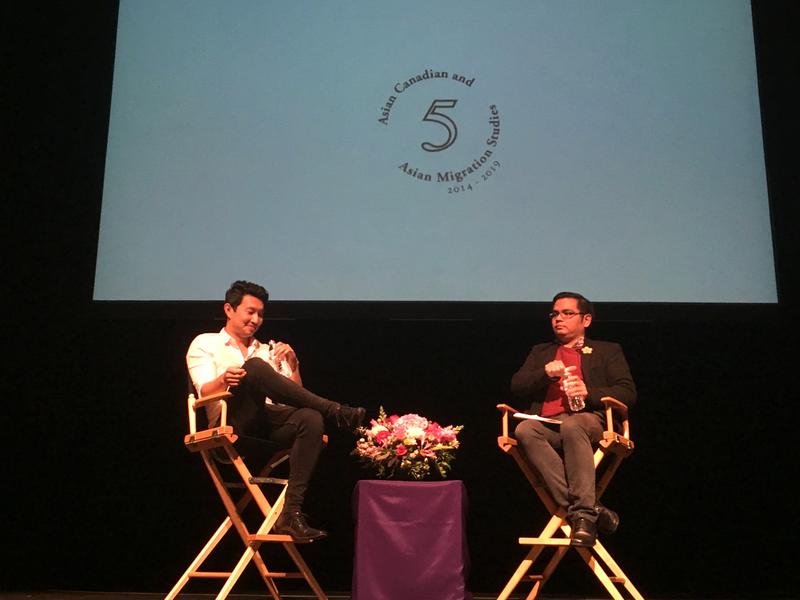 When UBC’s Asian Canadian and Asian Migration Studies (ACAM) announced their “Asian Canadian Representation and Media: Public Q&A with Simu Liu,” I had just finished binge watching two seasons of Kim’s Convenience, and was getting ready to watch Crazy Rich Asians and Searching in the midst of “Asian August.”

I was particularly excited to hear what Liu had to say about being a star in Canada’s first Asian-lead sitcom, Kim’s Convenience — a show that follows a Korean-Canadian family who owns a corner store. In it, Liu plays Jung, the estranged older brother who dropped out of school and is now getting his life together. He’s also a ladies man who enjoys spending time with his shirt off — you’re welcome. In other words, his character is pretty atypical of classic Asian male stereotypes.

The event took place at the Old Auditorium to a full house. Professors Dr. John Paul Catungal and Dr. Chris Lee started the night with a land acknowledgement, followed by the history of ACAM — a program created in honour of the 76 Japanese students that were forcibly removed from UBC in 1942.

Afterwards, Liu was brought to stage where he introduced himself and discussed his own journey to becoming Jung. It’s a narrative that resonated with myself and I’m sure many others in the audience. How do you navigate being true to yourself while also honouring the sacrifices your parents made?

For Liu, that meant getting laid off from his accounting job before risking it all to pursue acting. Following his introduction, Catungal facilitated a discussion featuring questions from the audience. Unsurprisingly, a room full of UBC students had some tough ones.

What does it mean for Liu as a Chinese-Canadian to play a Korean-Canadian? For him, playing Jung was more about how he personally connected with the character, noting the ways he related to Jung as a son to immigrant parents. Liu also said that if Jung had required more authentic Korean-isms, or the ability to speak Korean, he would have graciously stepped aside for a more suitable actor.

He also jokingly asked the audience why we couldn’t give him easier questions, like whether Shannon and Jung were ever going to get together.

Jokes aside, Liu made a gracious effort in answering our questions and discussing the need for the representation of people of colour in countries outside their country of ethnic origin.

My personal favourite moment of the night was the final question. An audience member brought up whether or not the idea of “Asian August” could be a bad thing, where the market sees an over-saturation or “trendiness” of Asian stories before phasing them out again. The question was posed: When would there be “enough” representation?

“This year, a movie called Tag, about white people playing tag came out,” said Liu. “... So, until Asians get our own Tag movie ... I don’t think more representation can ever be a bad thing.”